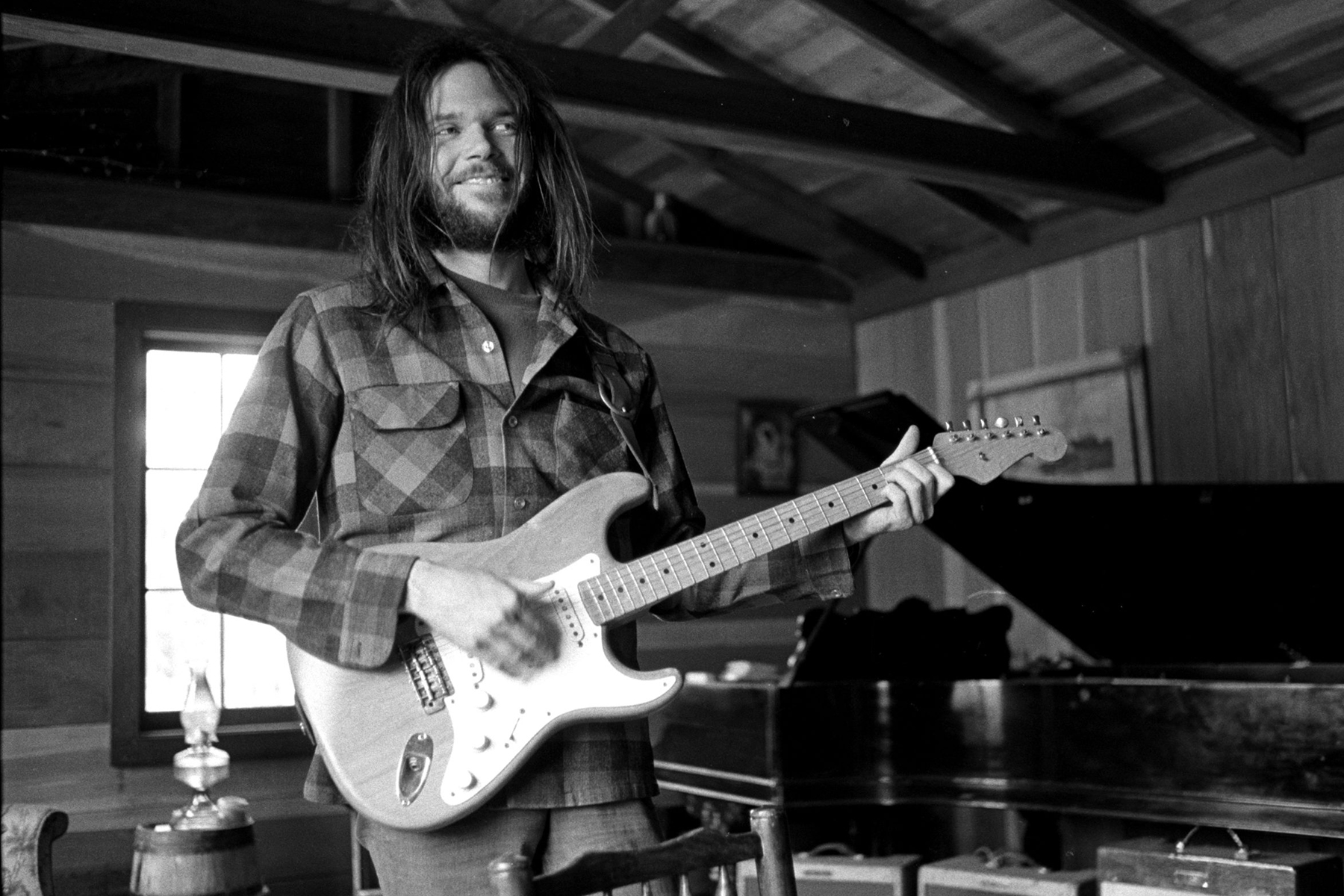 There are 12 songs on Neil Young’s new box set Archives Volume II: 1972–1976 that have never been released before in any form. One of the most beautiful is “Goodbye Christians on the Shore,” which even die-hard Young fans didn’t know existed until very recently. It’s on disc one (Everybody’s Alone 1972-1973) and Young also just posted it on YouTube along with a video.

He recorded the song on December 15th, 1972 with the Stray Gators (drummer Kenny Buttery, bassist Tim Drummond, pianist Jack Nitzsche, guitarist Ben Keith) just before the launch of the Time Fades Away tour. The same session yielded “Come Along and Say You Will” and “Time Fades Away.” Those two songs were played live on the tour, but “Goodbye Christians on the Shore” was shoved into the vault, where it sat for 48 years.

The initial pressing of Neil Young Archives Volume II: 1972–1976 was limited to 3,000 copies; it sold out instantly, leaving many fans enraged that they were unable to snag a copy. A new edition is coming next year, even though Young initially told fans there would only be a single pressing.

“This has been an unfortunate mistake,” he wrote in response to an angry fan earlier this week. “Reprise did not press enough of these. Many people were disappointed after waiting for years…So I broke my word. You will be getting a certificate of authenticity indicating your set is among the initial 3,000 and the next run will have a slightly modified box graphic to distinguish it from the 3,000.”

The set isn’t available yet on any streaming services, but it can be heard digitally on the Neil Young Archives website along with the rest of his vast catalog. Most of the time, only paid subscribers of the Archives have access to the music, but it’s available for free until the end of the year as a special holiday gift.

Young has promised a steady flow of archival releases in the coming years, including a third Archives box set. He hasn’t played to a live audience since September 2019, but he hopes that will change next year. “The vaccines are almost here now,” he wrote to a fan earlier this month. “We just have to hunker down and stay safe and well. When the audience can be safe, I will be back.”