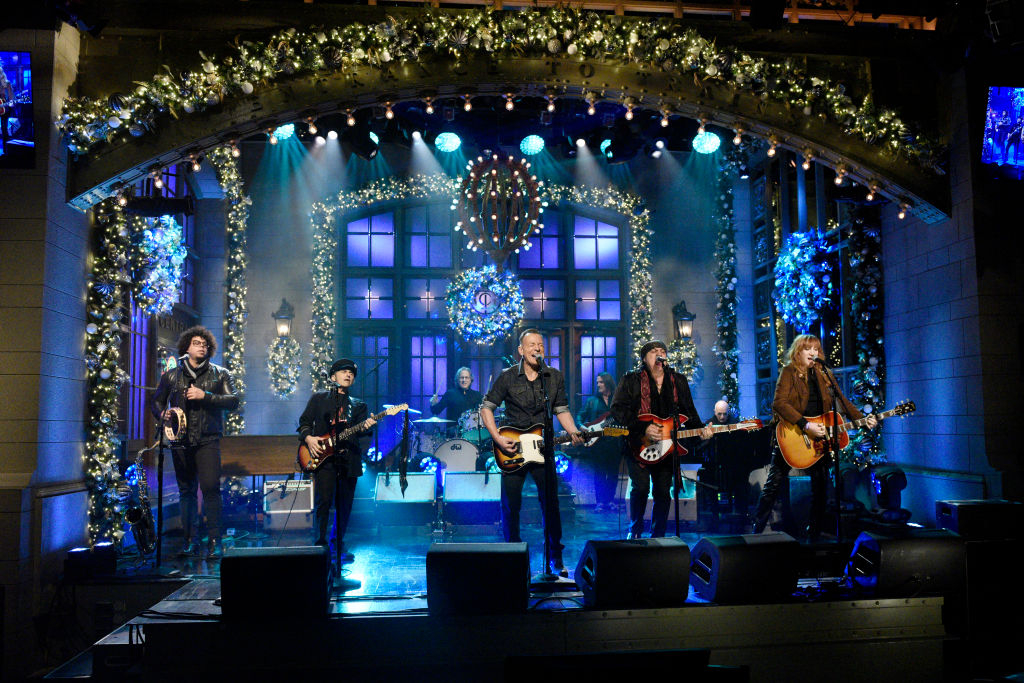 Bruce Springsteen and the E Street Band performed a pair of Letter to You songs live together for the first time as musical guest on the latest Saturday Night Live.

Springsteen and company opened their SNL appearance with a rousing, enthusiastic rendition of “Ghosts”; earlier in the week, Springsteen told The Tonight Show he was especially excited about playing SNL in front of a live audience amid a year where live music has been nearly non-existent due to the coronavirus.

While it wasn’t a packed arena or a sold-out Broadway theater, Springsteen and the E Street Band brought that same energy to SNL’s smaller audience on both “Ghosts” and the second performance of the night, “I’ll See You in My Dreams.”

Due to the pandemic and Covid-19 precautions, the E Street Band’s founding bassist Garry Tallent and violinist Soozie Tyrell had to skip the SNL performance. Springsteen tweeted this week, “Garry and his family are fine as is Soozie, but we thank Jack Daley of the Disciples of Soul for sitting in.”

Bruce Springsteen and the E Street Band last appeared on SNL for their Christmas 2015 episode, performing “Meet Me in the City” and “The Ties That Bind” in support of their reissue of The River at the time.