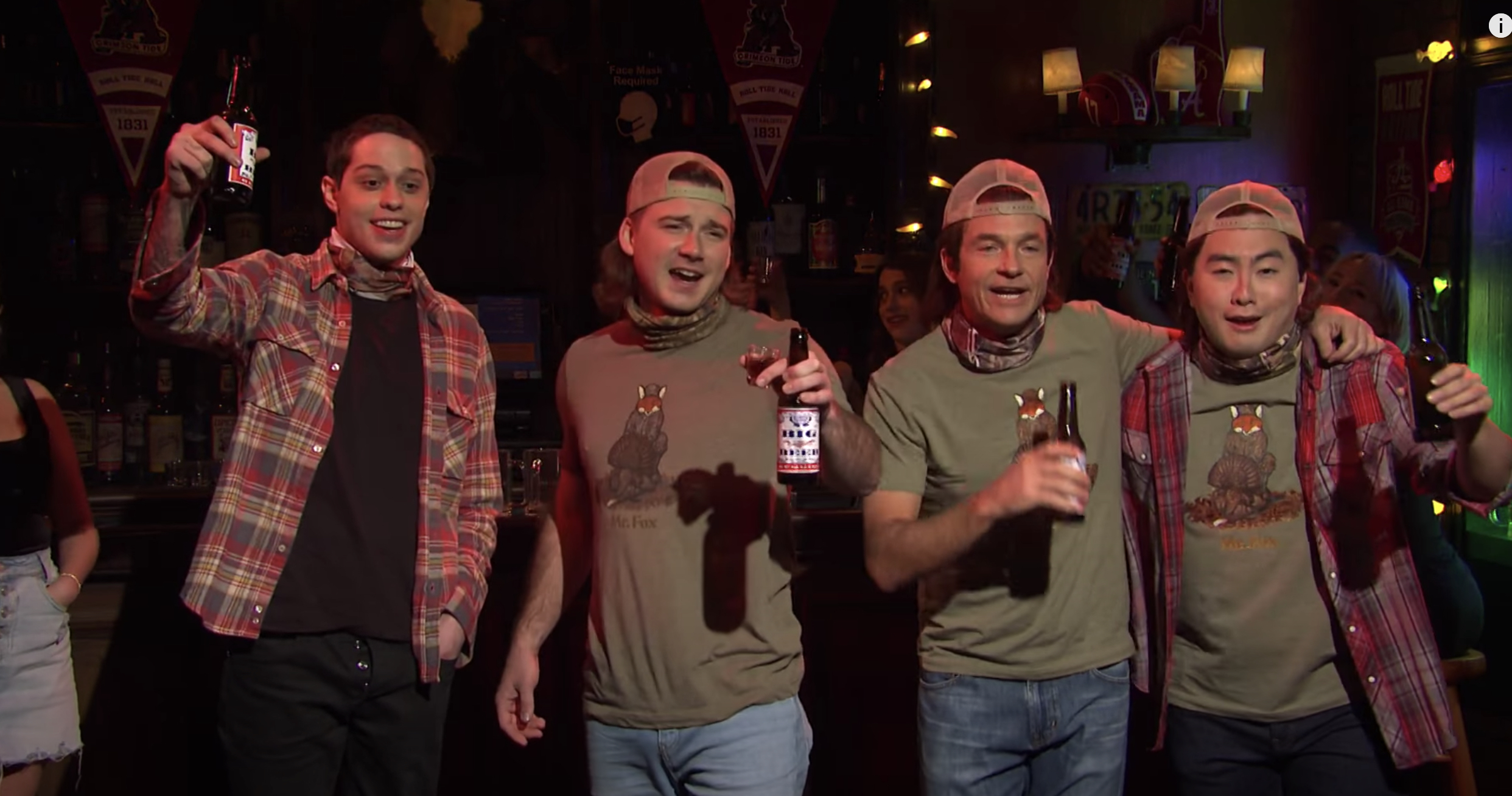 After broken Covid-19 protocols postponed Morgan Wallen’s planned Saturday Night Live musical guest debut in October, the country singer appeared on the latest episode to perform two songs and appear in a sketch that poked fun at the circumstances of his nixed SNL visit.

The sketch revisits the party in the week leading up to Wallen’s initial SNL performance — where the singer was caught on video ignoring all forms of social distancing — before he encounters, via time machine, himself from one month in the future (host Jason Bateman) and Morgan Wallen two months in the future (Bowen Yang).

Both future Wallens warn the singer about the inevitable fallout from the party, but both also end up ignoring their own warnings and hanging around to drink anyway. Ultimately, it’s Wallen himself who realizes the error of his ways, turning his misstep into a song.

“It’s hard to focus on the future/When the present’s full of girls/But if all you do is kiss all day, you’ll miss out on the world,” Wallen sings. “So let’s all raise a glass up/And I thank you in advance/For giving this poor Southern boy a second yankee chance.”

For his SNL performance, Wallen — CMA’s New Artist of the Year — played his hit “7 Summers” and “Still Goin Down,” both from his upcoming 2021 LP Dangerous: The Double Album.