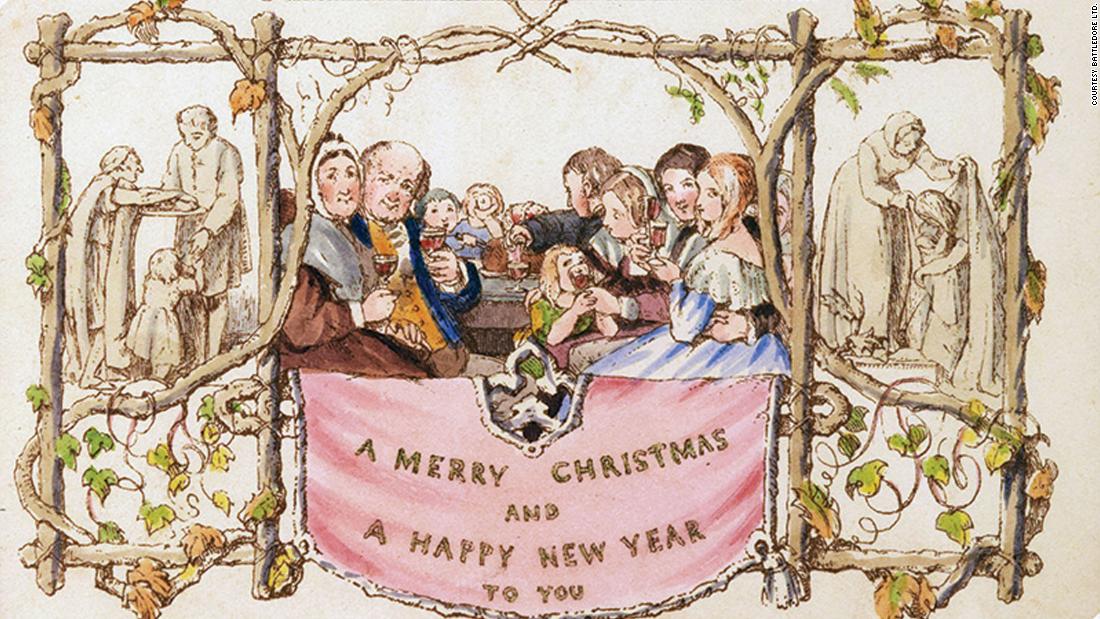 The world’s first commercially printed Christmas card is up for sale, depicting a merry scene that scandalized some of 19th-century Britain’s more puritanical citizens.
The card, which is on sale with Boston-based book dealer Marvin Getman from Friday, was produced by Henry Cole, John Calcott Horsley and Joseph Cundall in 1843 — the same year that Charles Dickens’ “A Christmas Carol” was published.

The modern idea of Christmas, and its associated traditions, is understood to have emerged in the first half of the 19th century.

But the hand-colored lithograph card — which features a family and a small girl gathered around a table, enjoying glasses of wine — caused a scandal among the UK’s temperance movement, who were calling for abstinence from alcohol, Justin Schiller, president of Battledore Ltd., the New York antiquities dealership that currently owns the card, told CNN.

The card proved so controversial that it was three years before the publisher produced another, he added.

“Consequently, that delayed the enthusiasm for there being a second card,” he said.

A thousand copies of the card were originally printed to be sold for a shilling each — but it is now estimated that fewer than 30 examples are left, with some on display in museums or for sale, according to Battledore.

One such card, addressed to “Mother and Father,” is up for auction at Christie’s next week, with an estimated price of $10,752.

Battledore’s specimen is thought to be a publisher’s file copy, Schiller told CNN, noting that it has an array of prices jotted on the back.