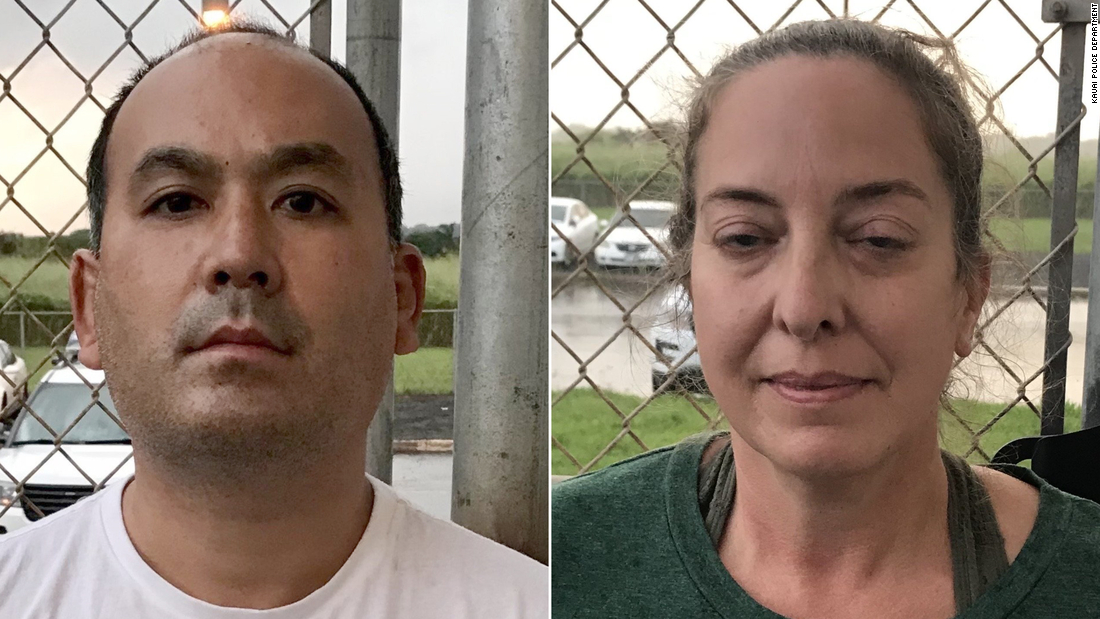 (CNN) — A couple from Hawaii was arrested over the weekend after allegedly flying home knowing that they both had tested positive for Covid-19.

Wesley Moribe and Courtney Peterson of Wailua traveled with a child on a United Airlines flight out of San Francisco to Lihue, Hawaii, on November 29.

According to a preliminary report, the couple had been instructed by the Quarantine Station at the San Francisco International Airport not to fly and to isolate, a Kaua’i Police Department news release said.

Fully aware of their positive Covid-19 test results, they nevertheless boarded the flight, endangering other passengers, according to the release.

Moribe, 41, and Peterson, 46, were arrested upon arrival in Lihue and charged with second-degree reckless endangering, the release said. They were each released on $1,000 bail.

The child was released into the care of a family member and Child Protective Services was notified, the release said. The child’s relationship with the suspects was not disclosed.

“We continue to request visitors and residents alike to follow the Governor’s Emergency Rules and take all necessary precautions to prevent the spread of COVID-19,” Kaua’i Police Chief Todd Raybuck said in the news release.

CNN was not able to find contact information nor an attorney listed for the couple on Wednesday evening.