New rule cracks down on emotional support animals on planes 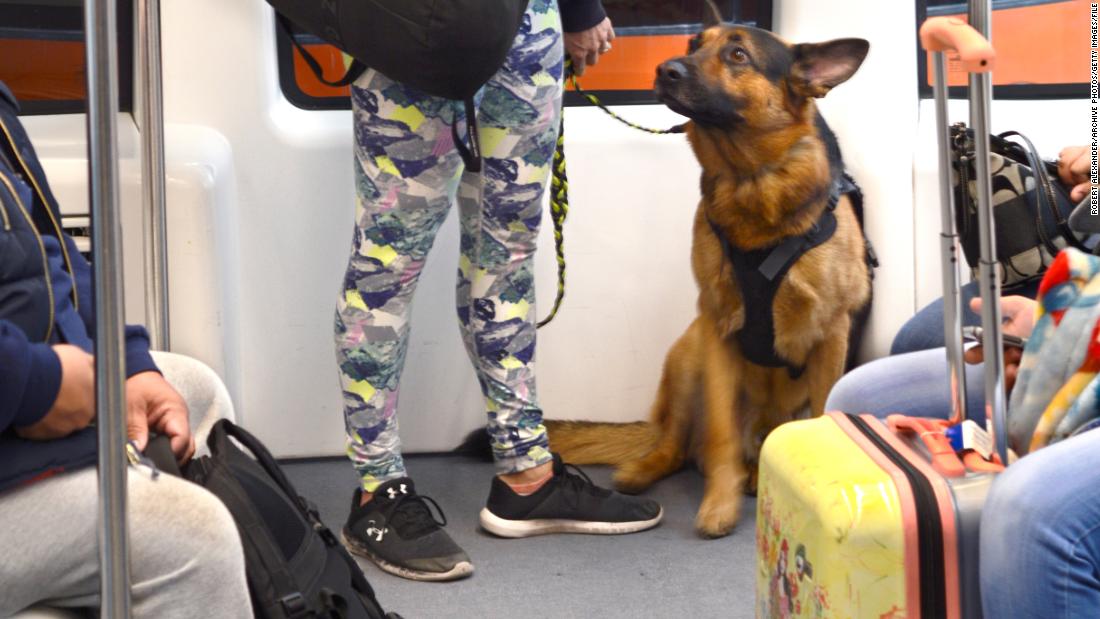 The US Department of Transportation rule announced Wednesday states that “carriers are not required to recognize emotional support animals as service animals and may treat them as pets.”

The final rule on Traveling by Air with Service Animals defines a service animal as “a dog, regardless of breed or type, that is individually trained to do work or perform tasks for the benefit of a qualified individual with a disability, including a physical, sensory, psychiatric, intellectual, or other mental disability.”

Emotional support animals are prescribed by mental health professionals to provide their owners with comfort and support, but unlike service animals, they are not required to have training in specific tasks.

Airlines have asked DOT to regulate this issue in part over their concern that passengers were fraudulently passing off their pets as the more loosely defined and fee-free category of emotional support animals.

Flying with a small pet inside the cabin can cost $125 or more each way on US airlines.

The new rule was also prompted by an increase in service animal complaints from passengers with disabilities, a lack of clarity around the definition of “service animal,” misbehavior by emotional support animals and disruptions caused by “requests to transport unusual species of animals onboard aircraft,” according to the DOT.

Pigs, peacocks and other unexpected animals have previously flown as emotional support animals.

Praise from the airline industry

Airlines for America, a trade group for US airlines, applauded the new rule.

“Airlines are committed to promoting accessibility for passengers with disabilities and ensuring their safe travel. The Department of Transportation’s final rule will protect the traveling public and airline crewmembers from untrained animals in the cabin, as well as improve air travel accessibility for passengers with disabilities that travel with trained service dogs,” said A4A President and CEO Nicholas E. Calio in a statement.

American Airlines is also pleased with the rule.

“This new rule reflects a respect for individuals with disabilities who travel with legitimate service animals, which we share, while providing clear and practical guidelines that will eliminate the abuse of the system that has been a source of concern for our team members and customers,” said AA spokesperson Stacy Day.

“We look forward to the improved experience we’ll be able to deliver to our customers, especially those with legitimate service animals, as a result.”

The new rule allows airlines to require passengers traveling with service animals to fill out and submit a DOT form “attesting to the animal’s training and good behavior, and certifying the animal’s good health.”

Approximately 15,000 comments were received in response to a notice of the proposed rule posted in the Federal Register in February 2020, according to the DOT.

Those comments were taken into account in drafting the final rule.

The rule will go into effect 30 days after it is published in the Federal Register. The publication date has not been set.

‘We think emotional support peacocks are ridiculous too’

Previously, a passenger traveling with an emotional support animal was required to present a letter to their airline from a licensed health professional.

CertaPet, one of a number of services that provide screening and letters for emotional support animals, called the rule “a great disservice to those facing mental health challenges that get emotional support from their animal.”

The company said in a statement that “providing clear guidelines for certification and vetting companies in the industry” would have been a better solution.

“We understand that there have been incidents that have discredited emotional support animals and the service they provide, but those situations could be prevented by increased regulation,” the telehealth company’s statement said. “We think emotional support peacocks are ridiculous too.”