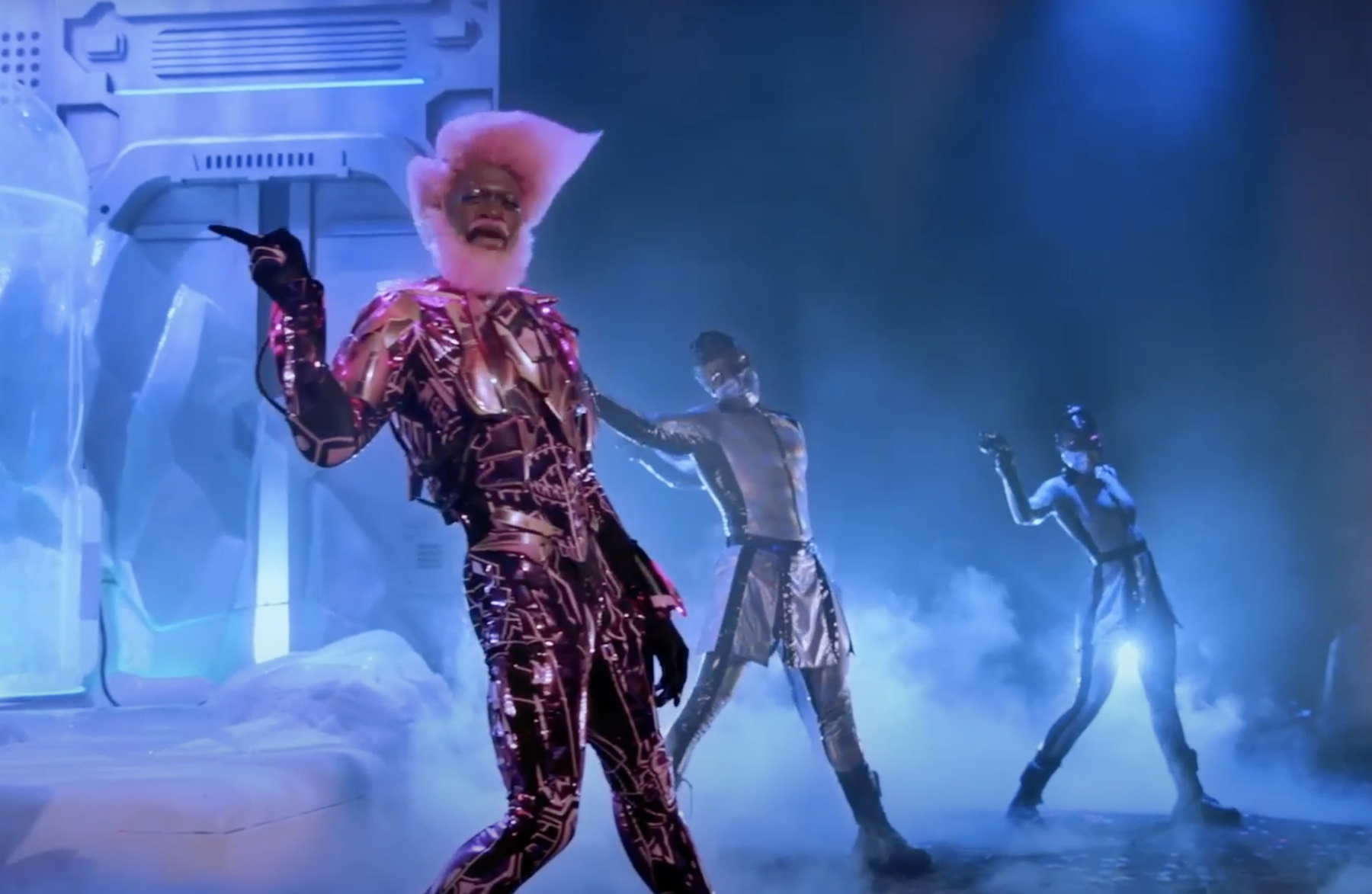 Lil Nas X delivered his debut performance of his latest single “Holiday” in the first episode of Amazon Music’s three-part holiday concert series, Holiday Plays, which premiered on Tuesday. The rapper is serving double-duty as a musical performer as well as host for the show. “Holiday” is Lil Nas X’s first new music since he dropped his 2019 debut 7 EP.

During the performance, the rapper mirrors one of the characters he plays in the song’s official video, this time sporting a glowing pink outfit, beard and hair in a North Pole Christmas future setting he envisions taking place in the year 2220. It opens with him encased in a glass enclosure, which he busts through to groove along with a group of Android-styled dancers as he sings and dances to the song.

The first episode of Holiday Plays also included Miley Cyrus. Each episode, Lil Nas X will appear as a different holiday alter-ego and interview artists. The series continues on December 8th and features Kiana Ledé, and the Foo Fighters will perform a career-spanning set on December 15th. The series will be available on-demand via Prime Video through December 31st.