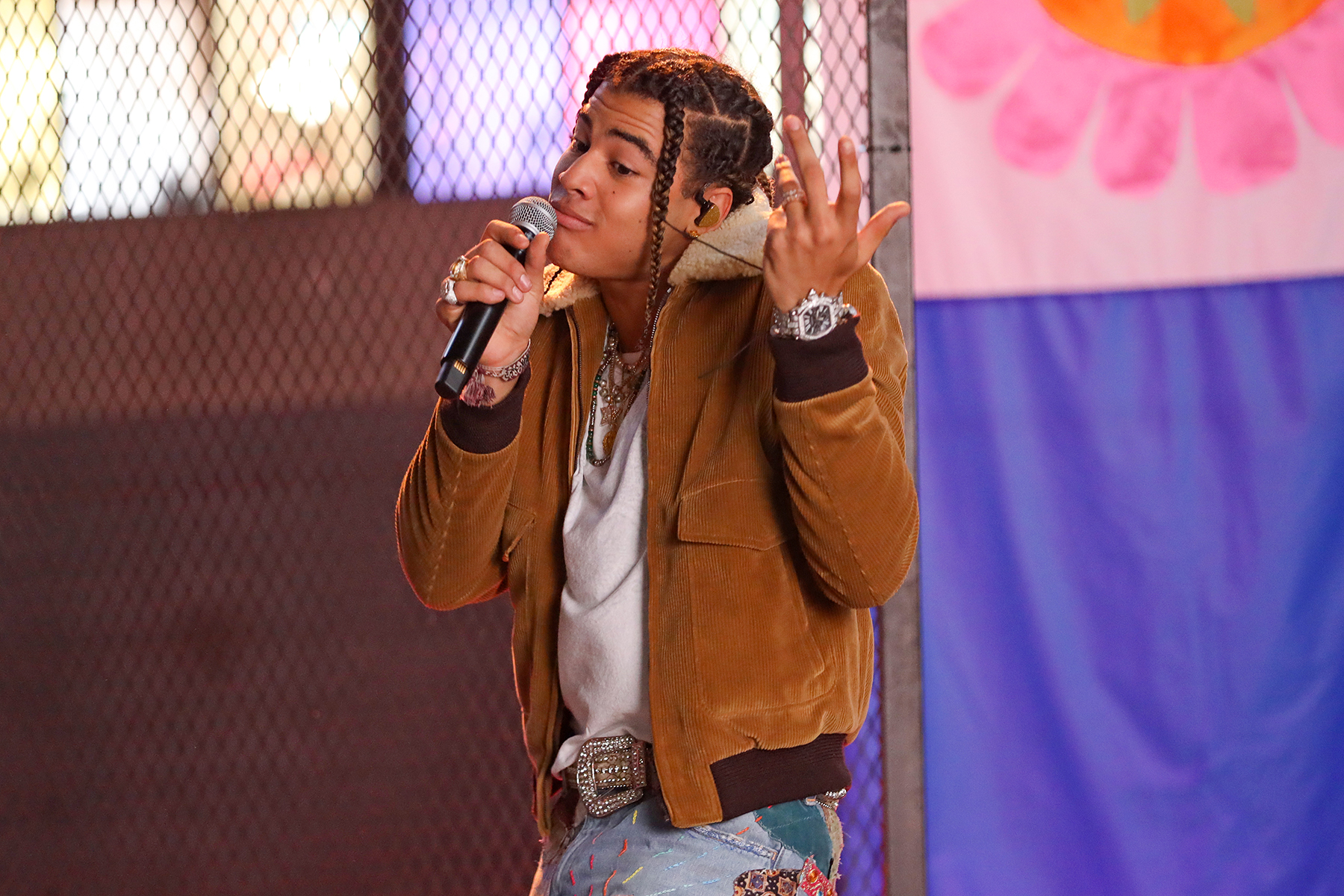 24kgoldn and Iann Dior’s inescapable hit “Mood” is back at Number One on the Rolling Stone Top 100 Songs chart for the week of November 20th through November 26th.

The track generated 17.2 million song streams this week after temporarily ceding the top spot last week to Billie Eilish’s “Therefore I Am,” which dropped to Number Eight with 13.5 million streams. “Mood” also did more than enough to fend off a blockbuster challenge from Shawn Mendes and Justin Bieber, whose new collaboration “Monster,” bowed at Number Two with 14.6 million streams.

Holding tight at Number Three was Ariana Grande’s “Positions,” which racked up 15.9 million streams, but only did well enough to move 129,200 song units compared to 132,500 for “Monster.” The other two Top 10 debuts this week were Morgan Wallen’s new single, “Somebody’s Problem,” which landed at Number Four with 14 million streams, and Megan Thee Stallion’s “Body,” which bowed at Number Six with 13.9 million streams.

The Rolling Stone Top 100 chart tracks the most popular songs of the week in the United States. Songs are ranked by song units, a number that combines audio streams and song sales using a custom weighting system. The chart does not include passive listening like terrestrial radio or digital radio. The Rolling Stone Top 100 chart is updated daily, and each week Rolling Stone finalizes and publishes an official version of the chart, covering the seven-day period ending with the previous Thursday.

Elsewhere on the chart, K-pop superstars BTS saw several songs debut just outside the Top 10 of the RS100 as their new album, Be, debuted at Number One on the Top 200 Albums chart. “Life Goes On” and “Blue and Grey” premiered at Numbers 11 and 12 with 7.4 and 3.7 million streams, respectively, while “Stay” hit Number 19 with 3.3 million streams.

And, for the all-important holiday music update, Mariah Carey’s “All I Want for Christmas Is You” officially returned to the Top 10 this week, jumping from Number 17 to Number Seven with 14.5 million streams. Brenda Lee’s “Rockin’ Around the Christmas Tree,” Bobby Helms’ “Jingle Bell Rock” and Andy Williams’ “It’s the Most Wonderful Time of the Year,” are also on the rise, reaching Numbers 13, 15 and 18, respectively.