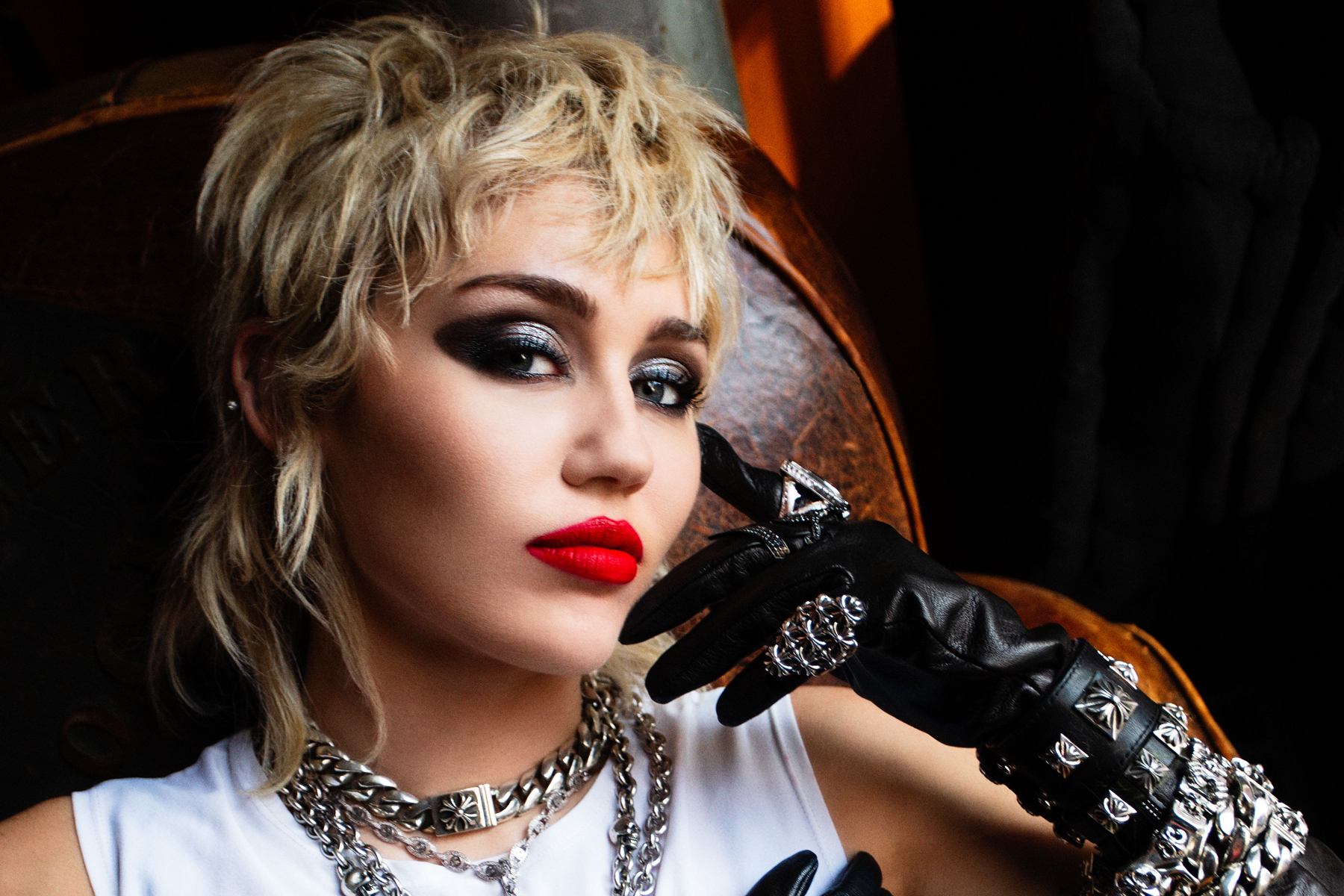 Thirteen years ago, a teenage Miley Cyrus released “See You Again,” a snarling dance-rock single and her first without the Hannah Montana moniker that made her famous. And while it didn’t stray far from Disney Channel’s mass-produced pop, “See You Again” was still a mild surprise: it was cocky, clever, and a bit cooler than anyone really expected from the daughter of the “Achy Breaky Heart” guy. More notably, “See You Again” was Cyrus at her most self-assured and in her element — a feeling she hasn’t been able to quite replicate until now, on her glam-rock throwback album Plastic Hearts.

That Cyrus has come back around to guitars and gravel-voiced hooks is poetic or highly convenient, depending on your view. Few other celebrities have put their misguided attempts at an image makeover on full display as Cyrus has, and after back-to-back eras as a twerking shock jock and a Flaming Lips psych-pop princess, the sweeping rock homage of Plastic Hearts initially comes across as playing it safe. (It doesn’t help that the highlights from this album’s rollout haven’t been the album tracks themselves, but rather Cyrus’ live covers of more well-known rock classics like “Maneater” and “Heart of Glass.”)

Still, if what you want is an homage, you won’t find a better one than here. Listening through Plastic Hearts is like bar-hopping along the Sunset Strip — if the Sunset Strip somehow played host to the biggest rock acts of the Seventies, Eighties, and Nineties on a single Friday night, and they were all fronted by Axl Rose. There’s creeping Nine Inch Nails industrial rock on “Gimme What I Want” and Goodbye Yellow Brick Road-era Elton John on the passionate “Angels Like You.” If you listen closely (or not), the opening on the title track is a dead ringer for those “Sympathy for the Devil” bongo drums.

Tying it all together is Cyrus, whose full-throated vocals turn the whole album into an instant karaoke go-to. But even she’s not afraid to cop to her influences: The album’s lead single, “Midnight Sky,” earned so many comparisons to “Edge of Seventeen” that Cyrus decided to double down and release an official mash-up remix, with Stevie Nicks herself in tow. You may call it shameless, but Cyrus knows exactly what kind of leather-jacket-and-combat-boot show she’s putting on here, and her full embrace of rock at its most bombastic, artificial, hair-metal glory is refreshing to say the least.

Unlike her previous album Younger Now, where Cyrus dabbled in a rootsier sound without much substance, she actually has a lot to say on Plastic Hearts. This is a post-divorce record, after all, and the only genre that Cyrus arguably does better than New Wave rock is classic country balladry. She wears the desperado hat well on “High,” a lovesick crooner that, much like recent country-pop efforts from Halsey and the Chicks, weaves lap steel among slick guitars and drum machines. But the Nashville influence is apparent in more substantial ways, particularly in Cyrus’ songwriting on a whirlwind life of fame, drugs, and heartbreak. “Put you on a pedestal, you’re craving the spotlight/Desperate for attention, nose is bloody, it’s daylight,” she growls on “WTF Do I Know,” one of several not-so-joyous joyrides past parties that go on too late and illicit affairs at the Chateau Marmont.

On “Never Be Me” and “Golden G String,” the two stadium-sized anthems that close out the record, Cyrus meditates on the perils of fame and the hypocrisy of the industry with L.A. folktale imagery; in a double ode to Johnny Cash, she ties the very literal fire that burnt her house down in 2018 and forced her to start anew with the creative flame that rages inside her to this day. Cyrus has long drawn comparisons to her godmother Dolly Parton’s voice — see her instant-classic rendition of “Jolene” — but here, she’s finally achieved the Tennessee queen’s knack for telling a vivid story.

The one area where the album falters, as records like this tend to do, is in its collaborations — they’re not bad, but they feel more than a little tacked on. The Dua Lipa feature “Prisoner” would be better suited for the British pop star’s own Future Nostalgia. And the Billy Idol and Joan Jett duets, while sweet tributes to both artists, wear out their welcome pretty quickly. The only one that really works is that “Edge of Midnight” remix with Stevie Nicks, perhaps because Nicks chose to slot herself into Cyrus’ vision rather than the other way around. Even if Cyrus’ Rainbow Bar & Grill image of rock ‘n’ roll is entirely anachronistic, we should all be so lucky as to give it a visit one day.