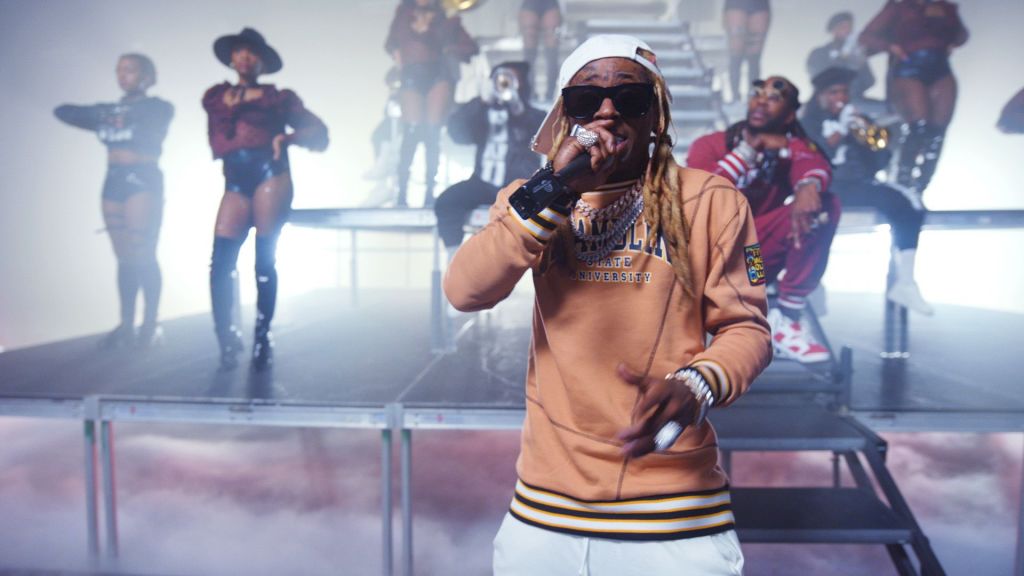 “The mixtape game seemed to be a dying art and since I’m one of the pioneers of the craft, and it played such a big part in my career, I felt it was only right to resurrect it,” Wayne told Complex earlier in the week. “Also, it’s a lot of songs out here I wanted to kill my way!”

DJ Khaled “hosts” the mixtape, noting in an Instagram video prior to the release that he first worked with Lil Wayne on the 2005 mixtape The Suffix.

No Ceilings 3 marks Lil Wayne’s first mixtape since 2017’s Dedication 6, and follows the January 2020 release of his latest album Funeral. Earlier this year, Lil Wayne — who drew controversy for meeting and posing with Donald Trump — announced he was also working on Tha Carter VI. Lil Wayne also recently chatted with Lil Baby for Rolling Stone‘s Musicians on Musicians issue; during the interview, Lil Wayne revealed the two rappers worked together on a No Ceilings 3 track, but it did not make the final track list.