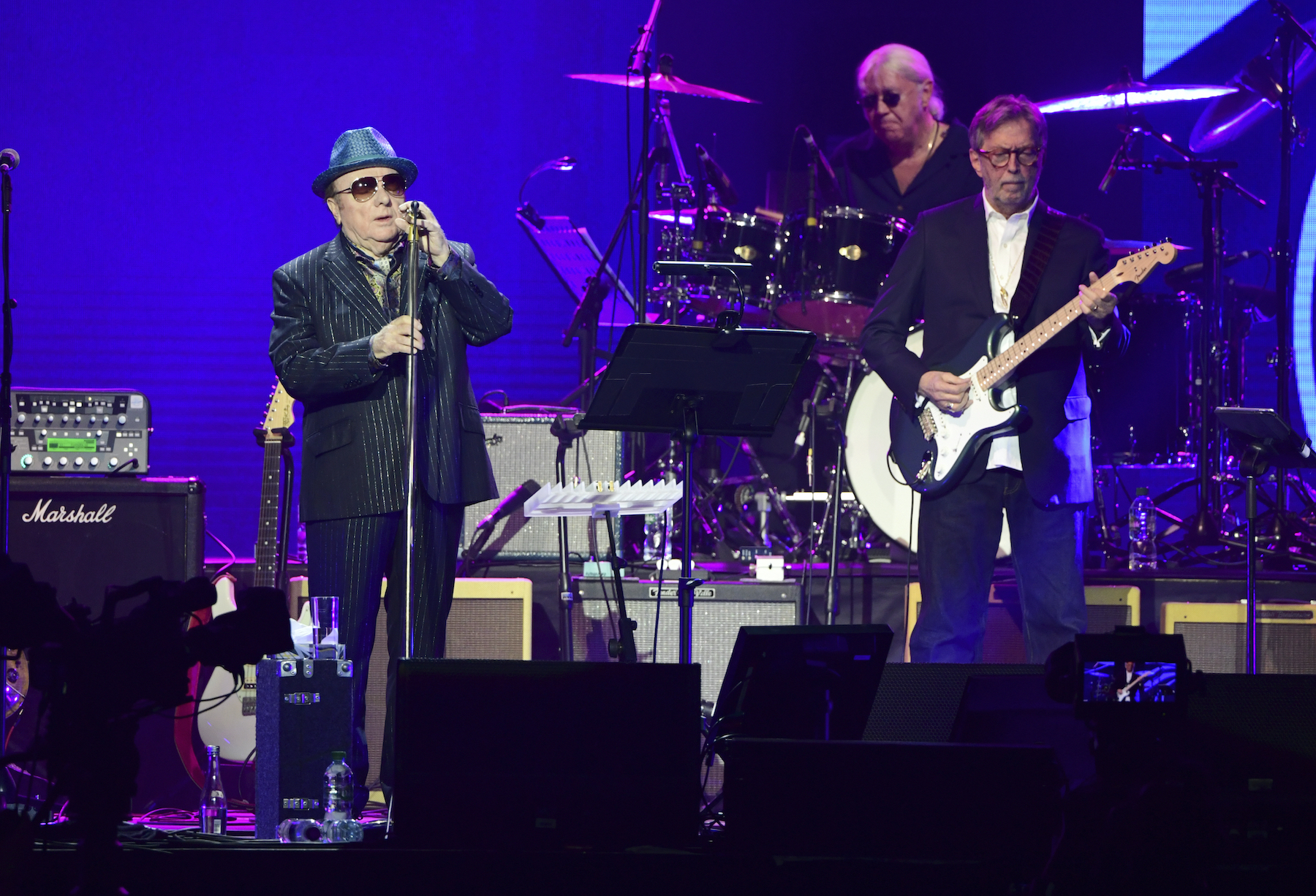 Van Morrison has announced the release of another anti-lockdown song. A collaboration with Eric Clapton, “Stand and Deliver” arrives on December 4th and will support Morrison’s Save Live Music campaign. The track was penned by Morrison and performed by Clapton.

Morrison’s “Stand and Deliver” follows three previously released songs he’s written against the worldwide lockdown to prevent the spread of Covid-19. With “Born to Be Free,” “As I Walked Out” and “No More Lockdown” Morrison accused the U.K. government of “taking our freedom.”

His trio of songs has drawn criticism, including from Northern Ireland’s health minister Robin Swann, who referred to the songs as “dangerous.” “I don’t know where he gets his facts. I know where the emotions are on this,” Swann told BBC, “but I will say that sort of messaging is dangerous.” As Rolling Stone reported, Morrison has for decades voiced grievances through song, but “this time, Morrison’s preferred method of venting might also cause harm to others.”

Per Variety, proceeds from “Stand and Deliver” will benefit Morrison’s Lockdown Financial Hardship Fund, which supports musicians who have suffered financial difficulties during the global pandemic.

“There are many of us who support Van and his endeavors to save live music; he is an inspiration,” Clapton said in a statement via Variety. “We must stand up and be counted because we need to find a way out of this mess. The alternative is not worth thinking about. Live music might never recover.”

“Eric’s recording is fantastic and will clearly resonate with many who share our frustrations,” Morrison said in a statement via Save Live Music.