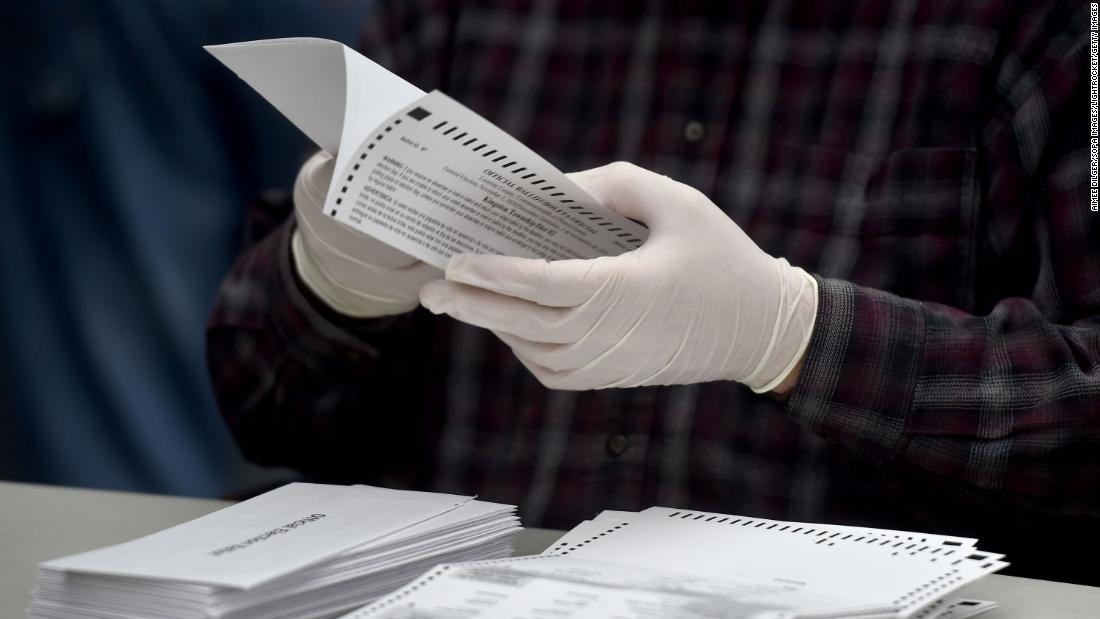 One way Trump and his allies have tried to prove their baseless allegations of widespread  fraud is by claiming that thousands and thousands of dead people were on states’ voter rolls across the country.

CNN has already debunked viral allegations of dead people voting in Michigan and Georgia, two states which Trump won in 2016 and lost in 2020.

The President and his allies have made similar efforts in Pennsylvania, where they’ve claimed that the identities of several deceased individuals were used to cast ballots in this election.

Laura Humphrey, a spokesperson for Pennsylvania’s Secretary of State told CNN, “There is no factual basis” for those claims and noted “[a]llegations of fraud and illegal activity have been repeatedly debunked and dismissed by the courts.”

On Wednesday, Trump escalated this narrative of voter fraud in Pennsylvania. The President tweeted a quote he attributed to the pro-Trump outlet One America News Network, which alleged tens of thousands of dead people were on the commonwealth’s voter roll.

“’Evidence of voter fraud continues to grow,” Trump’s tweet reads, “including 20,000 dead people on the Pennsylvania voters roll and many thousands all over the Country. Now, there has been an artificial number of votes in favor of Joe Biden.’”

In October, the Public Interest Legal Foundation, which describes itself as an election integrity non-profit firm, filed a lawsuit in Pennsylvania federal court alleging that the state’s voter rolls included nearly 21,000 dead people.

The case was dismissed five days later on October 20.

PILF then filed an amended lawsuit on Nov. 5 alleging that the state wasn’t properly maintaining its voter rolls. The secretary of state filed a motion to dismiss this week.

“The original complaint was brought before a federal court — and soundly rejected. The court found no deficiencies in how PA maintains its voter rolls, and the plaintiffs have no new allegations that any deceased person voted in the 2020 election,” Attorney General Josh Shapiro told CNN in an email.