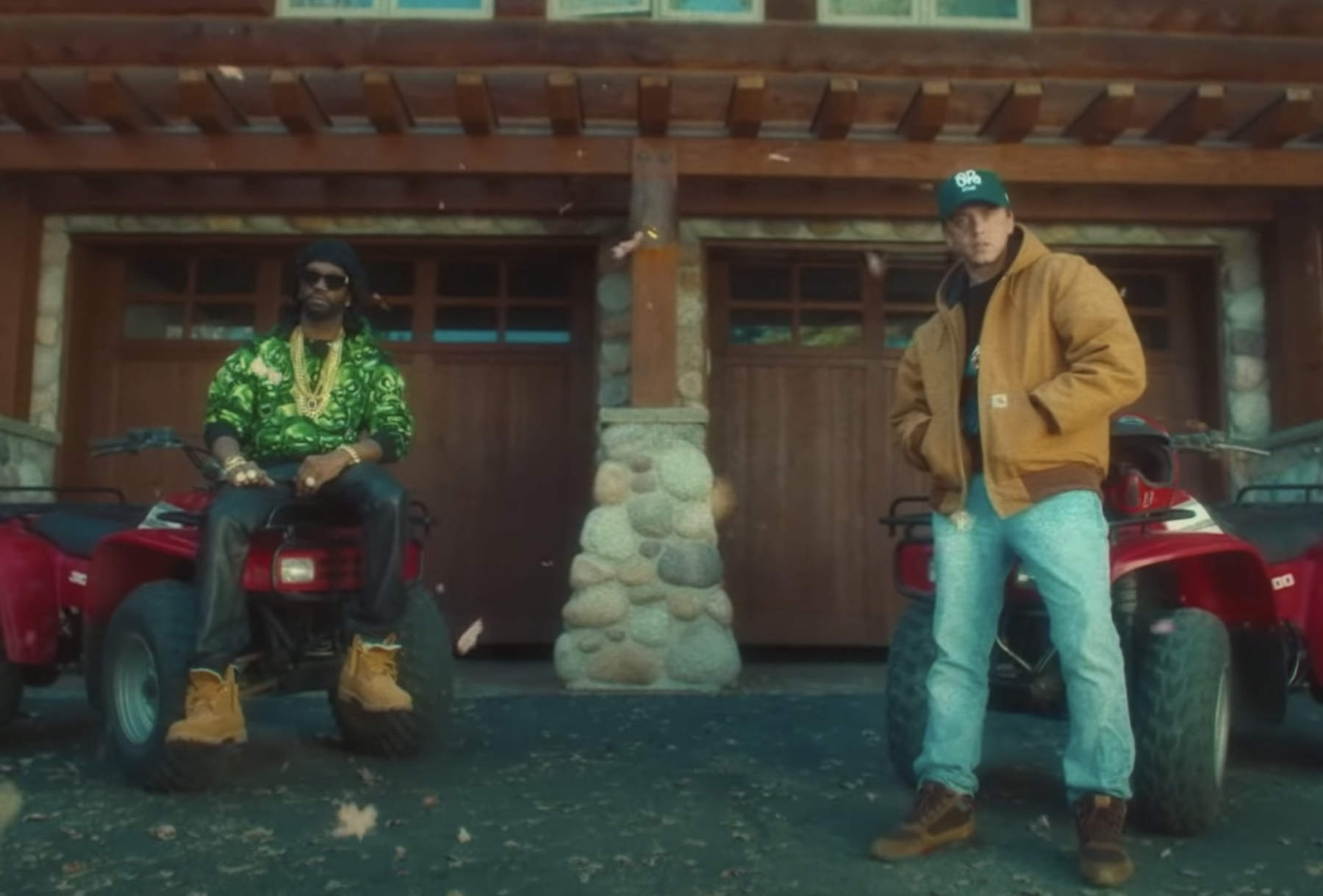 Juicy J has dropped his video for “1995” featuring Logic. The song appears on his newly released The Hustle Continues via eOne.

In the Justin Fleischer and Mike Holland-directed video, Juicy J and Logic reflect on how and what they were doing in the year 1995 and how that relates to where they are now. Logic opens with his verse. “My lane different, too sufficient, my brain different,” he raps of that time period. “I’m ill though, 15, mastered the skill though.” Juicy J recalls “Whipping through North Memphis back in 1995/Screamin’ ‘Mafia’ had my city hypnotized.”

The past and present are tied together in the visual when it opens as a split screen with Juicy J calling Logic who can’t get reception on what looks to be one of those huge old brick phones from back in the day. Later, they meet up at a cabin, where they play pool and relax, befitting the laidback vibes of the song.