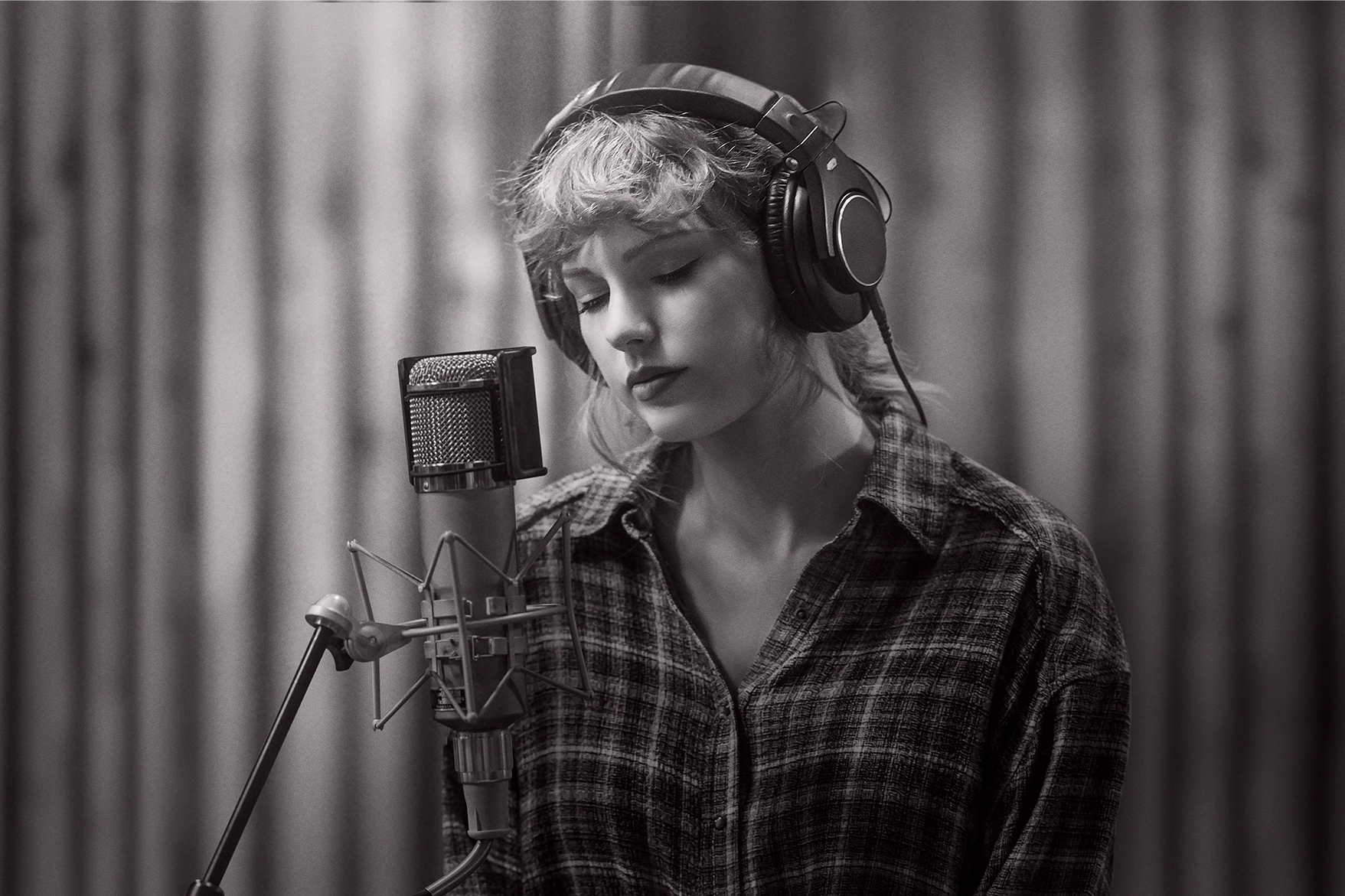 It’s Thanksgiving in America and where are we? Deep in the woods with Taylor Swift, in a secluded rustic cabin in upstate New York, strumming through her most personal and heartfelt and just-plain-superb album yet, Folklore. On Tuesday, Swift announced she had a November surprise up her sleeve: a live special on Disney+, playing the Folklore songs for the first time, face to face with her two key collaborators on the album: the National’s Aaron Dessner and her longtime wingman Jack Antonoff. They worked together long-distance to cut this album in the early days of the pandemic. But they never got to play the songs together or even meet in the same room — until now.

Taylor, always a master at playing the strategic long game, timed this move perfectly. Not only did she announce this special on the four-month anniversary of Folklore, it’s exactly 10 years after the Maple Latte Thanksgiving that gave us “All Too Well.” And just like in that classic song, she’s getting lost upstate, going deep into these songs. (Wearing plaid, no less.) As she says early on, sitting on the cabin porch with Dessner and Antonoff, “I think it’s really important that we play it. It will take that for me to realize it’s a real album. Seems like a big mirage.”

But The Long Pond Studio Sessions isn’t just a footnote to the original album — it’s a stunning musical statement in its own right, full of stripped-down acoustic warmth. No matter how much you’ve absorbed Folklore into your bodily chemistry ever since the day she surprise-released it back in July, the songs feel new. There’s a VH1 Storytellers vibe to the way she breaks down the songs, talking on the porch or in the yard beside the barn. But the performances are revelatory — in this spare setting, the level of Taylor genius comes through loud and clear.

She plays Folklore with Antonoff and Dessner at the National’s Long Pond Studio in New York’s Hudson Valley, filmed back in September. (Needless to say, the film is directed — and owned — by Taylor Swift.) She soaks up the rural ambience — it even begins with the sound of chirping crickets. She finally reveals the secret identity of her songwriter partner William Bowery. As most of us already assumed, it’s her boyfriend Joe Alwyn. When she says, “William Bowery is Joe, as we know,” Antonoff isn’t sure whether he should pretend to be surprised — so he pretends to pretend. It’s a weirdly sweet moment.

But Swift goes way beyond basic “how I wrote the song” anecdotes — she thinks out loud about not just how, but *why* she needed to write such sad songs in the first place. As Taylor tells the boys on the porch, “When lockdown happened, I just found myself completely listless and purposeless — and that was in the first three days of it.” So she sat down to write and these songs just spilled out. She dreamed it all up in isolation — “rockdown,” as her Rolling Stone cover co-star Paul McCartney likes to call it. “There’s something about the complete and total uncertainty about life that causes endless anxiety,” she says. But all the more reason to get back to work. “Because if we’re going to have to recalibrate everything, we should start with what we love most first.” She adds, “It turned out everybody needed a good cry, as well as us.”

The songs come alive in this setting, especially when Dessner cuts loose on guitar, never crowding the vocal yet adding nuance — this version of “Illicit Affairs” goes so far beyond the studio original, it’s practically a new song. She goes deep into the feminist rage behind “Mad Woman” and the post-addiction struggle of “This Is Me Trying.” She discusses “My Tears Ricochet,” and how she had it planned as Track 5 from the day she wrote it. In “Seven,” the part of the story she really zooms in on is the image of herself as a little kid throwing tantrums, asking, “When did I stop being so outraged that I would throw myself on the floor and throw the cereal at my mom?”

“August,” one of the album’s most amazing moments, definitely goes somewhere new. Swift explains the Betty/James love triangle, and adds a new twist: “I’ve been in my head calling the girl from August ‘Augusta,’ or ‘Augustine.’ I’ve just been naming her that in my head.” (Could she be the Romantic poet Augusta Leigh, Lord Byron’s sister? That would fit the 19th-century poetic scene of “The Lakes.”) The way Swift sees the story, Betty ends up getting back together with James. Yeah, well — Betty might get the guy, but Augusta gets the song, and that’s a win for Augusta.

In this version of “August,” these two guys are both brilliant at listening close to her, in the details of how they respond on guitar. It builds to the climax when you think Augusta is finally driving away, until she circles back for that one last “Get in the car!” As Taylor reveals, she improvised that bit in the vocal booth. (Also hearing Dessmer play his sparsely eloquent guitar solo at the end really reveals what a “Torn” tribute this song is. Honestly, Taylor invented the Nineties.)

The deepest revelation here: “Mirrorball,” the cautiously unflashy ballad that’s not just the emotional peak of Folklore, but one of her greatest songs ever. (Third-best, in fact.) She calls it a spiritual twin to “This Is Me Trying,” the album’s most overlooked highlight. “On Folklore, there are a lot of songs that reference each other, or lyrical parallels. And one of the ones that I like is the entire song ‘This Is Me Trying’ then being referenced again in ‘Mirrorball,’ which is, ‘I’ve never been a natural, all I do is try.’”

Before playing “Mirrorball,” she sets the scene she envisioned while she was writing it: “I just saw, you know, lonely disco ball, twinkly lights, neon signs, people drinking beer by the bar, a couple of stragglers on the dance floor. Just sort of a sad moonlit lonely experience, in the middle of a town that you’ve never been.” (Never been? Hell, some of us call it home.) But Taylor’s performance gets at the awful suspended yearning at the heart of the song. “I wrote this song right after I found out all my shows were cancelled, and I’m like, ‘I’m still on that tightrope, I’m still trying everything to get you laughing at me.’” If you’ll forgive the Gen X reference, she evokes the way Paul Westerberg sings about the same malaise in the Replacements’ “Swingin Party,” which until now was the best song about a mirrorball.

For all the characters and settings on Folklore, she still makes these sound like her most introspective songs, because all these folks are different facets of her emotional mirrorball. And they all have a different light to shine. They come across even more vividly in the Long Pond Studio Sessions. In the plaid-shirt hours she spent in this cabin, she goes places musically she’s never explored before. On a Thanksgiving weekend where most of us will be too far away from the ones we love the best, this is a gift to be grateful for.

[How to Watch Taylor’s ‘Folklore’ Film on Disney+]