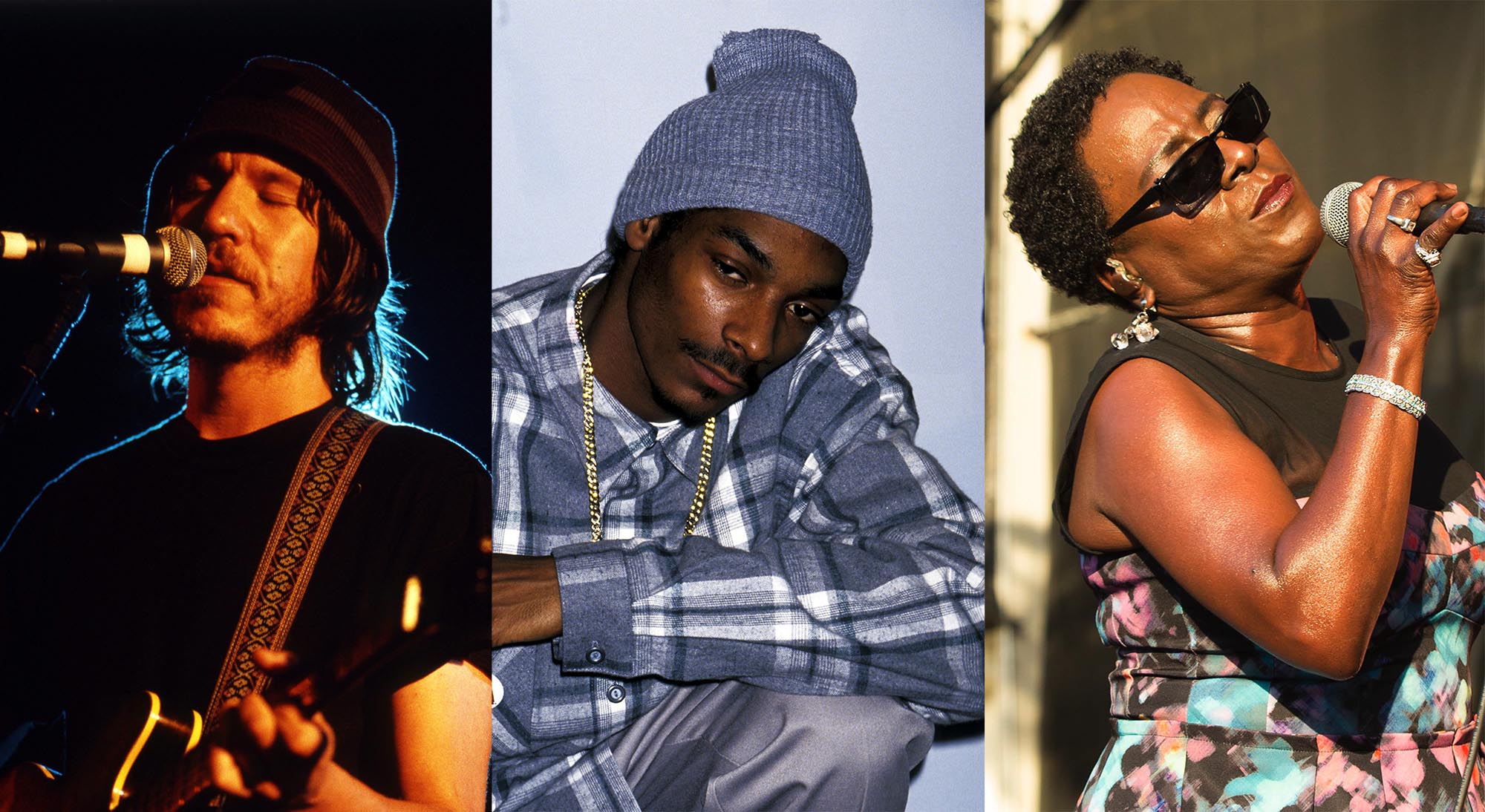 Right about now, you might find yourself asking: “Didn’t Record Store Day already happen this year?” Well, yes — three times. Those were the “drops” created to replace the original April 2020 Record Store Day, which was canceled for pandemic reasons. This Friday, the traditional post-Thanksgiving Record Store Day is happening as planned, making a grand total of four events this year. It might seem like a lot, but independent record stores have really been hurting lately, and your local shop would almost certainly appreciate your business. Here are 16 of the best exclusives to keep an eye out for if you make a (masked, socially distant) stop on Black Friday.

The Stones’ dark, bluesy 1969 masterpiece perfectly documented the end of the Sixties, balancing their most epic masterpieces (“Gimme Shelter,” “Midnight Rambler”) with some of their loosest songs (“Country Honk,” “Let it Bleed”). This collector’s edition of the album’s 2019 remaster box includes handcrafted, splattered vinyl, “using layers of color on top of one another to create a truly unique edition.” It’s pricy, and won’t be easy to find: there are only 900 available in the world. — Patrick Doyle

Aimee Mann, Bachelor No. 2: Or, the Last Remains of the Dodo

Aimee Mann’s third solo LP is one of the music industry’s great underdog success stories: After her label dropped her in the late Nineties for being insufficiently commercial, she bought back the masters, sold it directly to fans online, and wound up with one of the most critically acclaimed albums of the year 2000. This twentieth anniversary vinyl edition — a double LP, with extras including her cover of Harry Nilsson’s “One” from the Magnolia soundtrack — is a good chance to revisit an album whose wry songwriting and melodic grace still hold up, whether or not the dodos in suits agree. — Simon Vozick-Levinson

Nearly 15 years after its release, the Pulp frontman’s solo debut will finally be available for the first time in the U.S. It’s pressed on split green vinyl, a perfect color to match the biting “Don’t Let Him Waste Your Time,” a single so incisive and great that Nancy Sinatra covered it. The release is limited to just 1,000 copies and comes with a bonus seven-inch of “C**ts Are Still Running The World,” an updated version of the album’s hidden track. If anything, the album has aged remarkably well, ideal for a year like 2020 when we could all use a little indie-pop bliss. — Angie Martoccio

This RSD exclusive features previously unreleased takes from the singer-songwriter’s self-titled period in the early-mid Nineties, including “Satellite” and “Big Decision,” as well as the unreleased finger-picked folk ballad “Crazy Fucker.” Some of these recordings have only been heard on bootlegs until this point: case in point, a version of Smith’s classic “Needle in the Hay” with horns. This release is the latest in a recent revisiting of Smith’s 1994 album, which was the subject of an expanded anniversary reissue earlier this year. — Jonathan Bernstein

As any Sonny Rollins devotee will tell you, his live 1957 trio album A Night at the Village Vanguard is one of the best places to hear the saxophone legend at his most joyous and unencumbered. A decade later, both jazz and Rollins were in very different places, but this newly issued trio set — recorded in May of ’67 at several stops on a short tour of the Netherlands — feels like a worthy spiritual sequel. Prior to the trip, Rollins had never played with Dutch bassist Ruud Jacobs or drummer Han Bennink (soon to become a giant in the free-jazz realm), but the three found an instant rapport. It’s a thrill to hear Rollins blow conversational yet tirelessly inventive lines on marathon versions of standards like “Love Walked In” and “Three Little Words,” egged on by Bennink’s crackling swing. (Full disclosure: I’ve written liner notes for a prior album on Resonance, the label behind Rollins in Holland.) — Hank Shteamer

David Gilmour, Yes, I Have Ghosts

For his first new song in five years, the former Pink Floyd frontman drew inspiration from the novel A Theatre for Dreamers, by his wife, author Polly Samson. The book takes place on the Greek island of Hydra in the Sixties, when singer-songwriter Leonard Cohen lived there for a bit. At one point in the book, one of the characters utters, “Yes, I Have Ghosts” — meaning haunting memories from the past — and it inspired Samson to write lyrics that built off of that sentiment. Gilmour set the words to a lilting backdrop of acoustic guitar, harp, and violin, and he sang its evocative melody with his and Samson’s daughter, harpist Romany Gilmour. The song echoes with both the ghosts of Cohen and Pink Floyd. — Kory Grow

The first Number One solo single by a Beatle was so successful that it even got the attention of Harrison’s former bandmate. “Every time I put the radio on it’s ‘Oh my Lord,’ John Lennon famously told Rolling Stone in 1971. “I’m beginning to think there must be a God!” Harrison’s song may have resulted in a plagiarism lawsuit, but it remains just as beloved as it did upon its release 50 years ago this month. It appears on a seven-inch accompanied by “Isn’t It a Pity,” an All Things Must Pass highlight that features Ringo on drums. 18 whole years before he released the charming “When We Was Fab,” Harrison reflects on the end of the band that changed his life in oh so many ways. The single’s artwork is an exact replica of the original, which sadly doesn’t include lawn gnomes. — A. Martoccio

Last month, RSD offered a vinyl version of Snoop Dogg’s most recent studio album, 2019’s I Wanna Thank Me. Looking for something a little more timeless? Try this reissue of his trend-setting 1993 debut, which recently placed on Rolling Stone‘s all-new list of the 500 Greatest Albums of All Time. With songs like “Gin N Juice” and “Lodi Dodi,” it’s the quintessential expression of Snoop’s effortless charm — and it’s a picture-disc edition, the better to appreciate the oddly sexual cartoon animals from the cover art. — S.V.L.

Forty years ago, a largely-unknown band from Ireland named U2 released their debut LP. The 11 songs on Boy were written when everyone in the band was a teenager, and the songs reflect the anxiety, confusion and uncertainty many feel when they’re right on the cusp of adulthood. The single “I Will Follow” became a minor hit, setting them down a path that would place them on the cover of Rolling Stone next to the words “Our Choice: Band of the 80s” less than five years later. This new Black Friday edition comes on white vinyl and is limited to 10,000 copies. — Andy Greene

Sharon Jones and the Dap Kings, Just Dropped In To See What Condition My Rendition Is In

Of all the covers she performed with the Dap Kings, Sharon Jones was perhaps best known for her R&B reimagination of Woody Guthrie’s “This Land Is Your Land.” This wonderfully-titled compilation compiles a number of the group’s lesser-heard cover versions from throughout their career, touching on everything from Stevie Wonder (“Signed, Sealed and Delivered”) to Musique (“In the Bush”) to Janet Jackson (“What Have You Done For Me Lately?”). It’s a wonderful new occasion to appreciate the interpretive genius of Jones, who passed away in 2016. — J. Bernstein

Willie Nelson went against the wishes of executives at Columbia Records when he released 1975’s Red Headed Stranger, a rough-hewn concept album set in the Old West. It went to Number One and was certified platinum the following year, and was recently named one of Rolling Stone’s 500 Greatest Albums of All Time. Nelson and his family band performed Red Headed Stranger in full while appearing on Austin City Limits in 1976, and this vinyl release marks the first time the peak Nelson performance will be released. — P. Doyle

The late Soundgarden frontman always had a knack for delivering emotionally shattering covers, and now his Guns & Roses rendition — released last summer on what would have been his 56th birthday — is being released as a white seven-inch, limited to 6,000 copies. As if that isn’t heartbreaking enough, the single is accompanied by a cover of Prince’s “Nothing Compares 2 U,” recorded live at SiriusXM. Hopefully an RSD still to come will bring us other artists covering Cornell on vinyl, like Miley Cyrus’ exceptional take on Temple of the Dog’s “Say Hello 2 Heaven.”  — A. Martoccio

Chicano Batman’s fourth album is their most expansive to date: full of sweeping electro-pop, rootsy funk-rock, and hip-hop indebted psychedelic soundscapes. The SoCal band’s swooping genre hopping is even more apparent on this limited-edition instrumental release, which shines a spotlight on the band’s musical interplay, especially  Eduardo Arenas’ crisp bass and Bardo Martinez’ dynamic synth. It’s a fitting victory lap for one of the year’s most overlooked gems. — J. Bernstein

2003’s Welcome Interstate Managers is the album that changed everything for Fountains of Wayne, transforming them from alt-rock has-beens with a small but devoted base of listeners who adored them to unlikely MTV stars. Anyone who bought the CD back then looking for “Stacy’s Mom” found a rich power-pop world full of snappy hooks and clever character studies, from “Hackensack” and “Mexican Wine” to “Bright Future in Sales” and “Fire Island”; many of those new listeners became lifelong fans. Since co-founder Adam Schlesinger’s tragic death from Covid-19 complications this spring, Fountains fans around the world have been revisiting his uniquely brilliant catalog, and this 2-LP reissue is a great gift for any of them. — S.V.L.

Thrash firebrands Anthrax burst through the gates in 1983 with a seven-inch of two frenzied metal barnburners, “Soldiers of Metal” and “Howling Furies.” The title track became their statement of intent for decades to come, with then-frontman Neil Turbin screeching, “We’re soldiers of metal, and we rule the night.” The group re-recorded it for their debut LP, Fistful of Metal, but has kept the original version mostly out of circulation in the years since it came out. For Record Store Day, the band is finally giving the recording the deluxe treatment, adding four tracks, including some that drummer Charlie Benante recently found in his vault.  — K. Grow