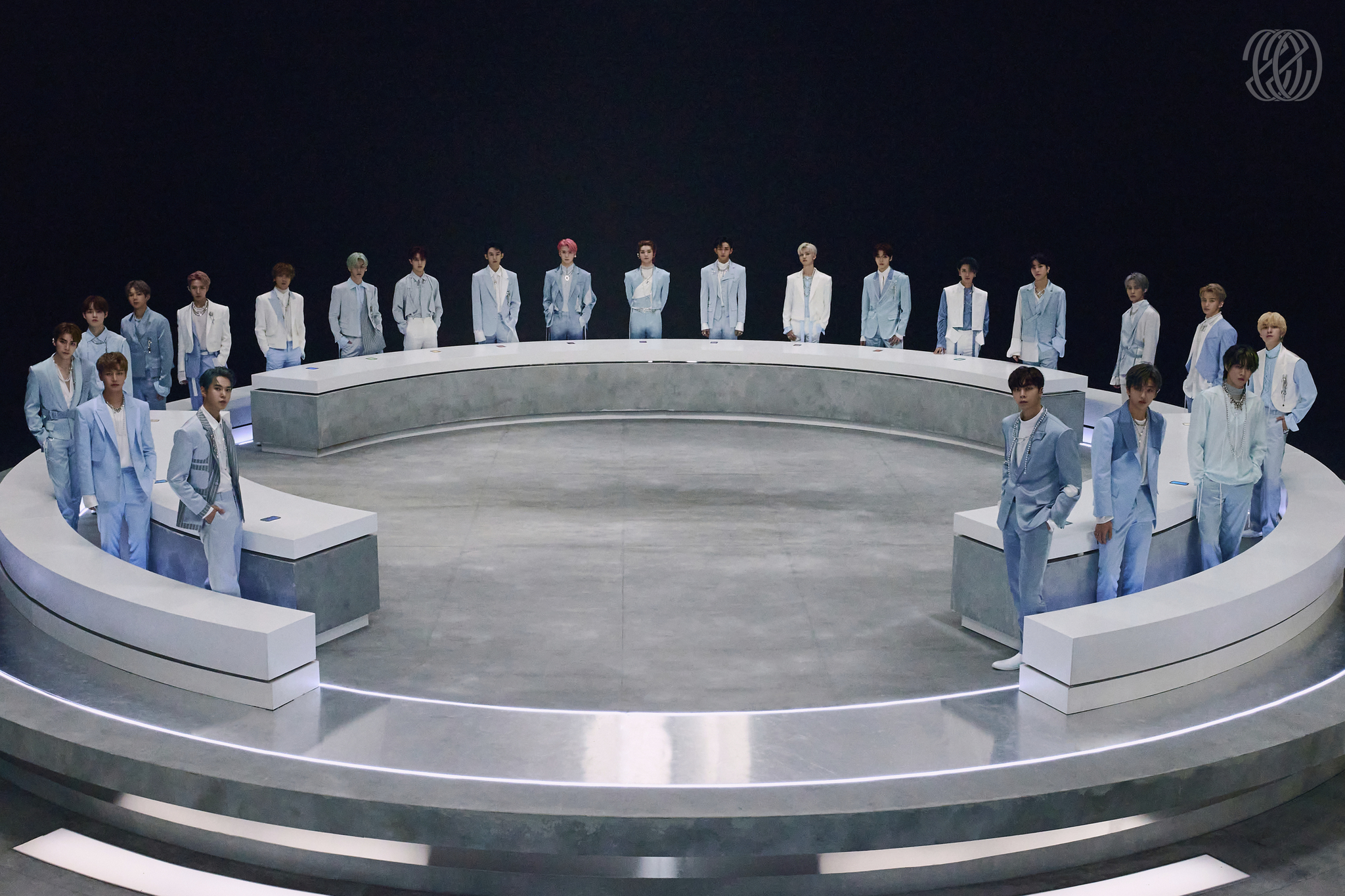 The hallmark of K-pop has always been the ability of its artists to creatively bridge cultures and genres — from G-Dragon’s frenetic EDM-meets-Southern-rap track “Crayon,” to 2NE1’s “I Am the Best,” the girl group’s signature song that gloriously weaved a Middle Eastern synth line in the middle of a glossy electro-pop track.

This week, the K-pop group NCT dropped “90’s Love,” an ode to Nineties hip-hop and R&B that sees the boy band tackling old school beats and Boyz II Men-style cooleyhighharmonies, sprinkled in with elements of dubstep and pop. It’s a marked departure from the dance-heavy stylings of their previous singles, and proof that the 23-member group (more on that later) is evolving into a musical force to be reckoned with.

“90’s Love” opens with a classic new jack swing hook —  à la Bell Biv DeVoe — before a synth-driven bass line kicks in, and gives way to a “hey ho” chant that really gets the song going. Alternating between party rap and a chopped up melodic line, the track explodes with a shout-it-out chorus, where the guys declare that they’re ready to get down and get the night started: “This is how we do it everything here/Woo, what you waitin’ for?/Bring a new romance/Woo, we about to go/We want… that 90’s Love.”

Written and produced by a team of K-pop vets, the track is at once fresh and nostalgic, if not exactly subtle. Though much of the song is carried by the sparse instrumentation that defined some of the decade’s most memorable hits, from groups like Naughty by Nature and Kris Kross, the songwriters also throw in everything from DJ scratches to a dubstep dance break to Busta Rhymes-style samples (“Don’t this hit really feeling like jump, jump,” roars Sungchan, one of the newest members of the group). Still, the song showcases NCT at its finest, with the ability to seamlessly weave in and out of elements both hard and soft, old and new (the guys even describe the song as “newtro” — new + retro).

In addition to Sungchan, “90’s Love” features six other members from NCT: Ten, Mark, Winwin, Haechan, Jeno, and Yangyang. Though the “limitless” group has now expanded to include 23 members and counting, their songs are often performed by smaller “units,” with the members chosen based on the voices that fit the song best. The accompanying video features the guys suiting up for a hockey competition, showcasing their complex dance moves and Nineties-inspired fashion both on and off the ice.

This isn’t the first time a K-pop group has sampled Nineties beats in their songs; Shinee’s 2016 album, 1 of 1, was considered by many to be a concept album that paid tribute to Nineties boybands and R&B groups. Still, NCT is carrying the torch in 2020, with a catchy, memorable track that shows off the artistry and versatility of its members, both in terms of vocal stylings and raw performance. More proof of the group’s adeptness: Though they’re singing about the Nineties, Jeno, Yangyang, Haechan and Sungchan were all born in the 2000s.