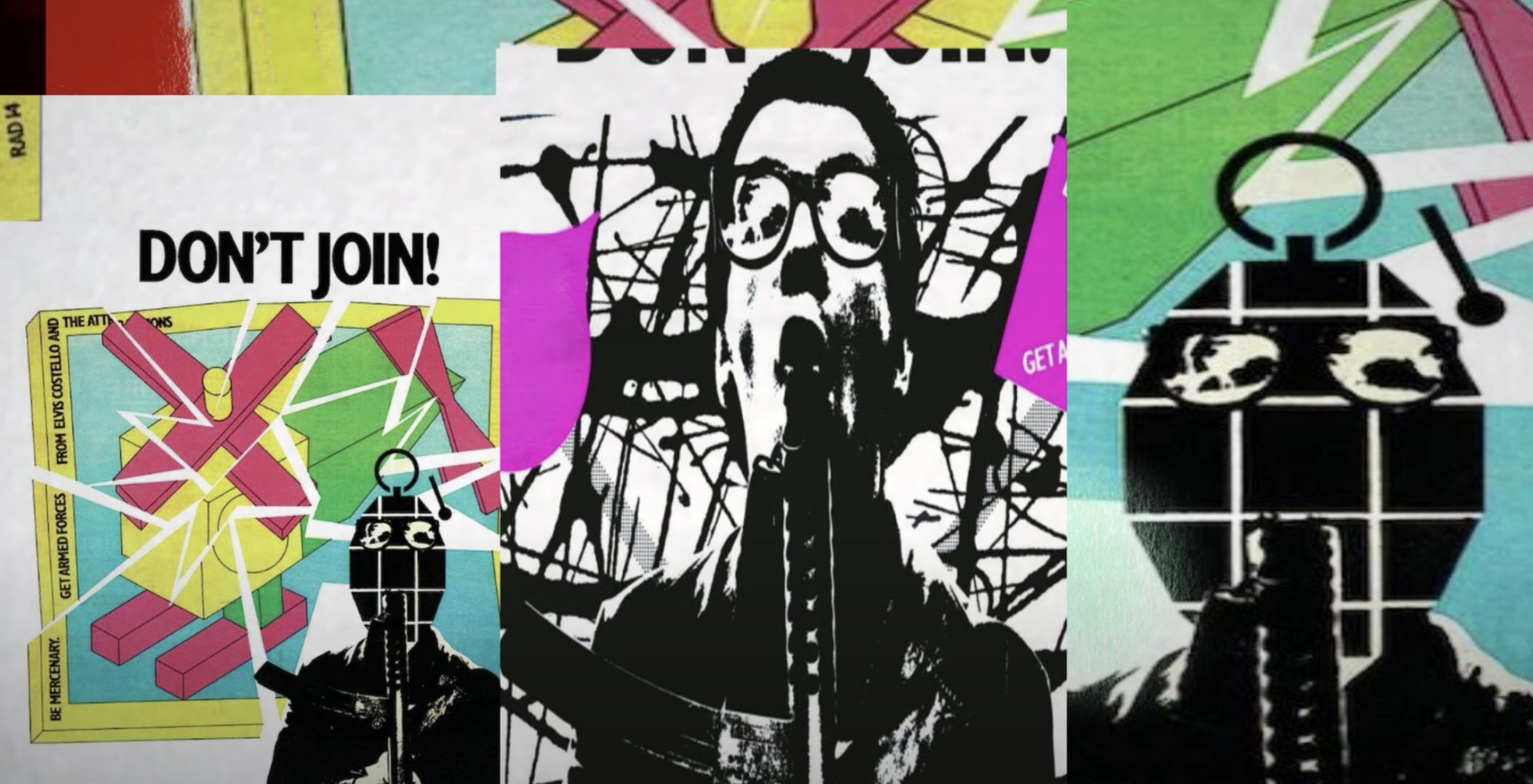 Following the release of Elvis Costello’s massive Armed Forces reissue, the singer has shared an updated video for one of the album’s standout tracks, “(What’s So Funny ‘Bout) Peace, Love & Understanding?”

The new visual for the 1979 track features artwork by both Costello and the late graphic designer Barney Bubbles, as well as stage animation taken from Costello’s most recent, pre-Covid tour.

Most of this record was written in hotel rooms or on a tour bus, scribbled in a notebook which rarely left my side or failing this, from fragments and phrases scrawled on paper cocktail napkins or hotel notepaper,” Costello wrote in the reissue’s new liner notes.

Costello also recently released his latest studio LP Hey Clockface, which he promoted with a visit to The Late Show.