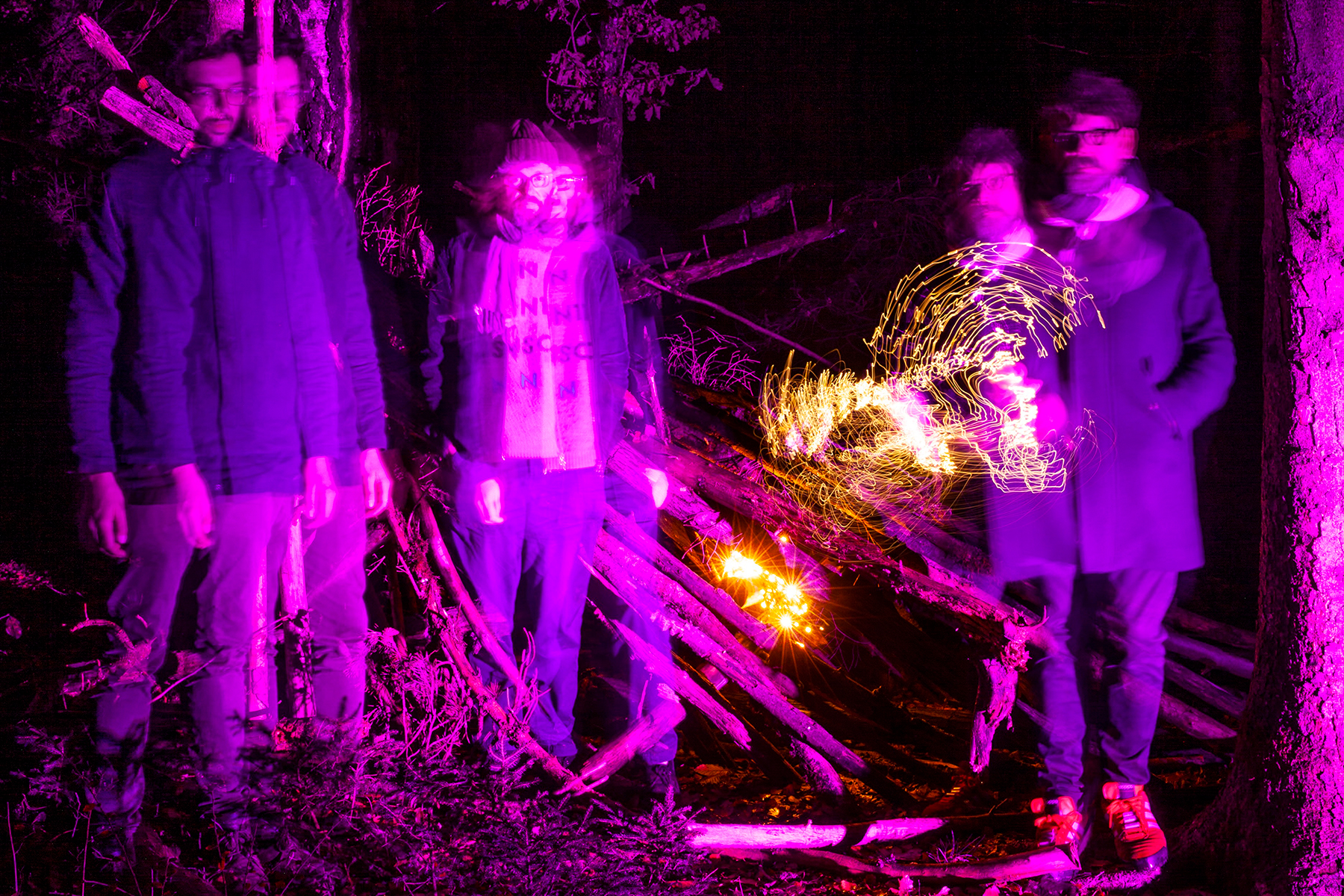 The first 15 seconds of the Notwist’s “Where You Find Me,” the latest single from their upcoming LP Vertigo Days, sound like the equivalent of clouds breaking. It’s a skipping melody, voiced by warm, fuzzy synths that would sound like a voice if they weren’t rendered so perfect, and then the German indietronica group complements those tones with Casio keyboard comfort food, descending and ascending until the song kicks into gear.

The intro feels optimistic and inviting, and it brilliantly sets up Markus Acher’s lyrics about shining a light “from yours to mine” and the group’s Motorik-lite rhythms. The warm synths envelope Acher’s voice in the chorus, when he sings, “That’s where you find me now,” and they build on the rhythms from there, clanging and clipping along, until it fades, a little over two minutes after it started, as just a mess of mechanical textures; listen closely at about 1:39 for what sounds like a clock cuckooing. There’s a lonesomeness to the way it peters out, but it’s far from gloomy.

That balance of hope and loneliness is what makes “Where You Find Me” such a welcome addition to the end of 2020. After weathering a year filled with frustration, anxiety, and sadness, Acher has enfolded himself in his Zen place (“where you find me”), writing off some of his worries (“It all was nothing”) and putting the brakes on his racing mind (“Nighttime brings it back … ’cause it owes us nothing”). Instead, he would rather recede into the rhythms and textures of the song, divining what joy he can find in the moment and in the past since the music perfectly recalls the Notwist’s classic Neon Golden sound from 2002.

Of course, the song may mean something entirely different to Acher — he’s German after all — and there is a lot more tension in the other songs that they’ve released so far from Vertigo Days, the trip-hoppy “Oh Sweet Fire,” the brittle, broken-transmission post-rocker “Loose Ends,” and the disco-in-reverse dance number “Ship.” But it’s the inherent gentleness of “Where You Find Me” and the way it sounds like Acher is finding peace with himself that makes it feel like it’s capturing a timely moment.