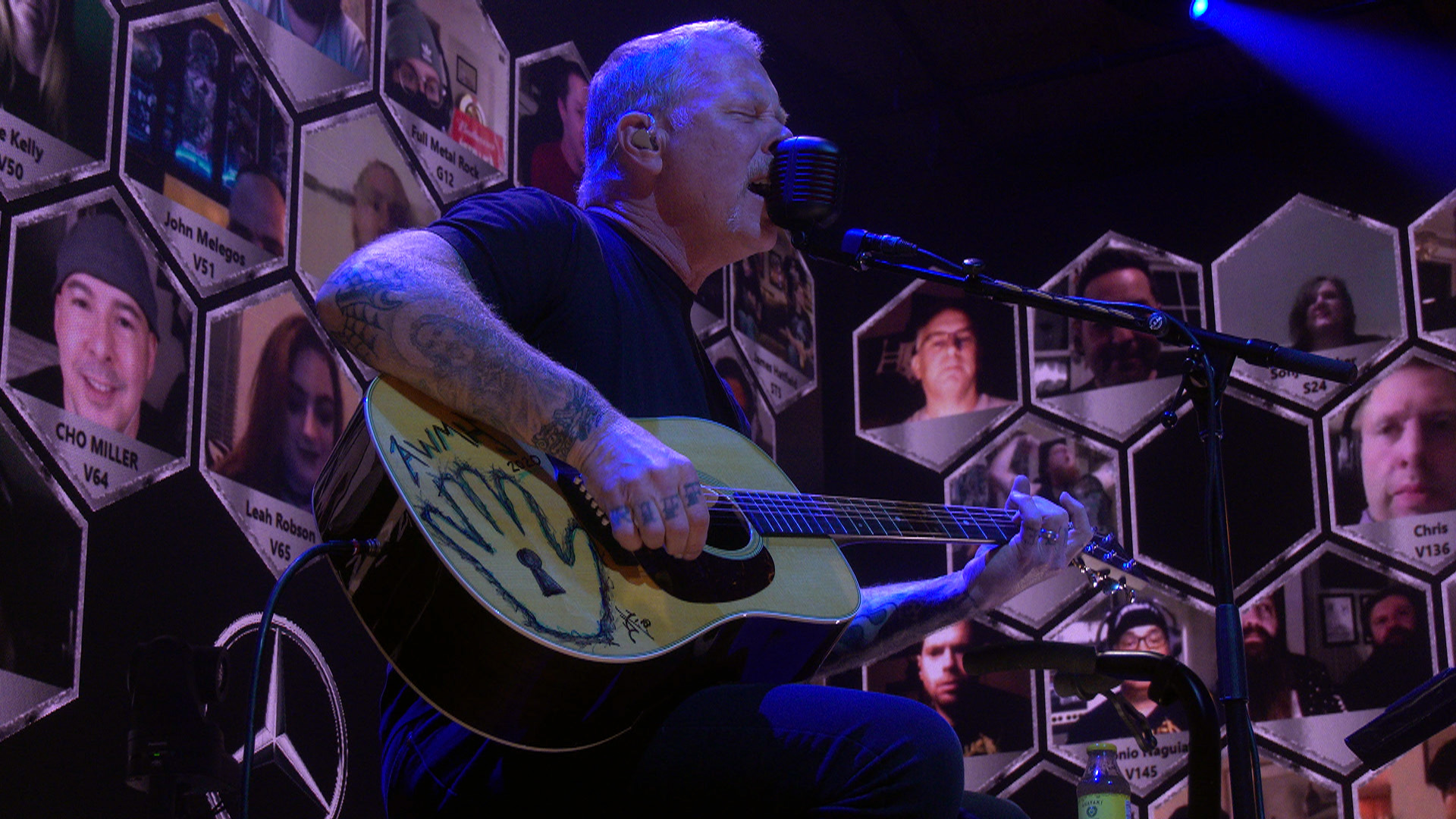 The livestream, which benefits the band’s All Within My Hands foundation, kicked off with an eight-song acoustic set that featured Metallica’s first-ever acoustic renditions of “Blackened” and “Now That We’re Dead,” as well as “Nothing Else Matters,” “The Unforgiven” and an “All Within My Hands” assisted by Layne Ulrich and Castor Hetfield, sons of Lars and James.

“It’s the heavy songs done acoustic, heavily,” James Hetfield quipped during the surprise six-song electric set, which contained a “reimagined” take on Master of Puppets’ “Disposable Heroes,” the first “Wasting My Hate” since 2011 and the closing trio of “For Whom the Bell Tolls,” “Master of Puppets” and “Enter Sandman.”

Like the first All Within My Hands gig in 2018, Metallica also delivered some covers, from the familiar (Bob Seger’s “Turn the Page,” Deep Purple’s “When a Blind Man Cries”) to the unexpected (their first-ever performance of the Animals’ take on “House of the Rising Sun”).

The concert featured Metallica surrounded by video screens showing the faces of their fans watching the livestream, with the band often engaging with some of their fans during breaks in the music.

“We’re super-grateful to be a part of this, and glad you’re hear to witness it and be a part of it as well,” Hetfield said during the gig. “All your help is very much appreciated. And the fact that we get to play is a big bonus, right? We get to play, we get to employ some people here, we get to help out – it’s a win-win-win everywhere.”

The entire performance can be streamed or purchased at nugs.tv, with 100% of the money the band raises going to its foundation, which helps feed people in need, provides workforce education, and other critical services on a local level. This year, the organization has raised $645,000 for Covid-19 relief funds and charities that provide money to people in the entertainment business who are without work. It also donated $350,000 to people affected by wildfires on the West Coast and a $1.5 million grant to 15 community colleges around the U.S.