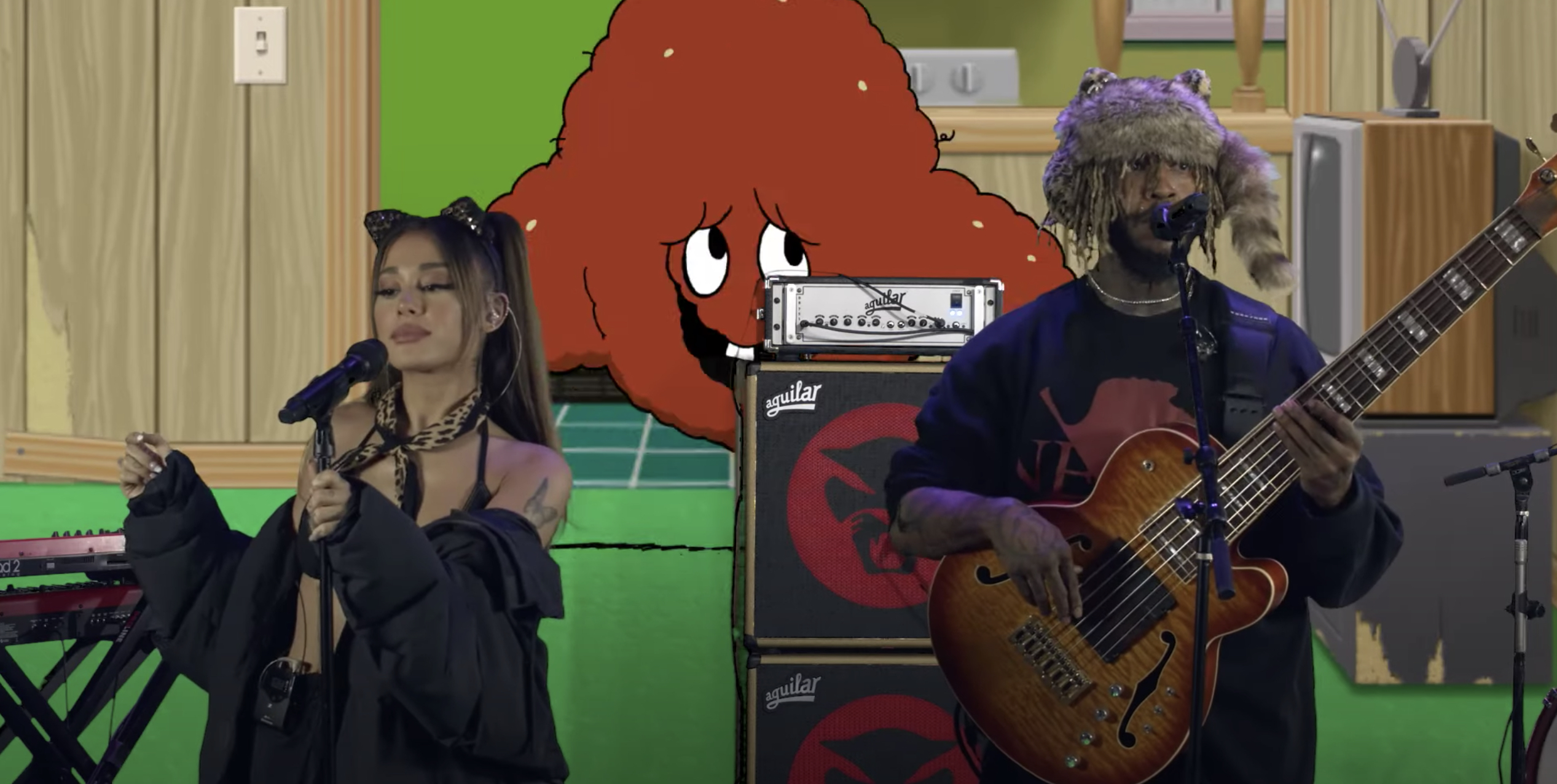 Ariana Grande was a surprise guest on the first day of the Adult Swim Festival, with the Positions singer showing up unannounced to perform “Them Changes” alongside Thundercat.

Grande has long been an admirer of the bassist’s 2015 track, which she previously covered solo during a BBC Radio 1 Live Lounge session in 2018; at that time Grande called “Them Changes” one of her favorite songs.

“It feels like Ariana and I are forever connected through Mac [Miller], and this is part of the healing process,” Thundercat said Friday in a statement. For the performance — held in the Aqua Teen Hunger Force kitchen — Grande and Thundercat were joined by JD Beck and DOMi.

“Thank u brilliant trio for having me. love u always,” Grande tweeted Friday night.

Following the release of her latest album Positions, Grande currently resides atop three Rolling Stone Charts, with the LP itself at Number One, its title track and “34+35” sitting One and Two on the Rolling Stone Top 100 Songs chart and the singer at Number One on the Artists 500 chart.