Run the Jewels Drop ‘No Save Point’ Video, Talk ‘Cyberpunk 2077’ 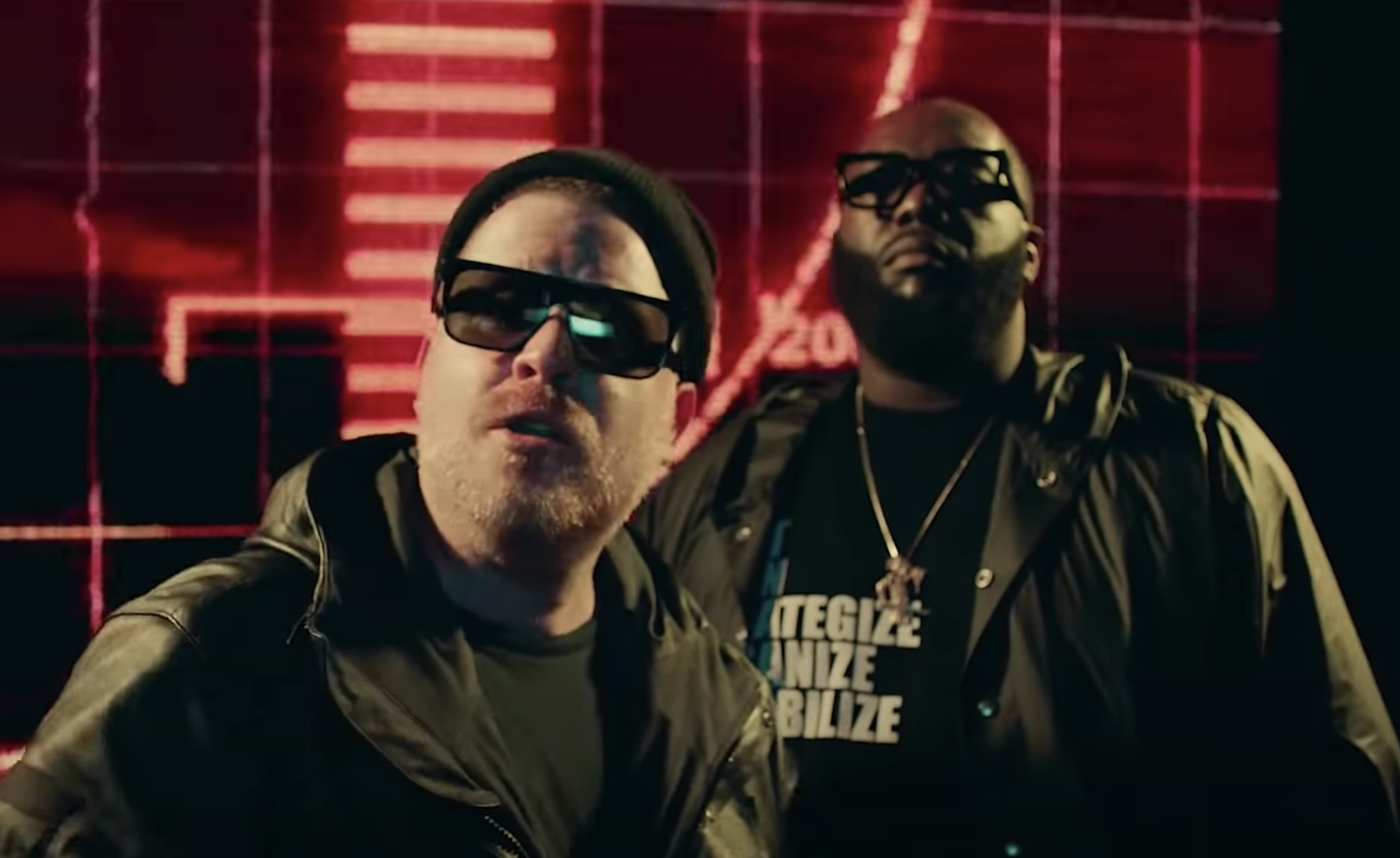 Run the Jewels premiered their futuristic video for “No Save Point,” their contribution to the video game Cyberpunk 2077, during the Adult Swim Festival Friday.

For the visual, El-P and Killer Mike deliver their new song from the dystopian neon world presented in the much-anticipated video game, with many of Cyberpunk 2077’s characters along for the ride.

Prior to the video’s premiere, the duo discussed their participation in the video game as well as the future of hip-hop.

“I grew up on all of those sorta dystopian, sci-fi, cyberpunk films, comics, novels. It was really easy for me to get into the mind state for this,” El-P said.

Killer Mike added, “I like shooting shit, and in video games you can do that and not go to jail, so…”

El-P also talked about the cyberpunk genre itself, a combination of technological advancement and industrial and societal ruin. “This is what happens when our fucked up shit ages,” the rapper said. “I love the idea that the future is the future, but it’s also old… the future’s kinda broken down. At the same time we’re creating new technology, the things that we did have in our grasp — like morality and society — are breaking down and turning into compost.”

Run the Jewels also recently performed their latest LP RTJ4 in its entirety as part of Adult Swim’s “Holy Calamavote.”