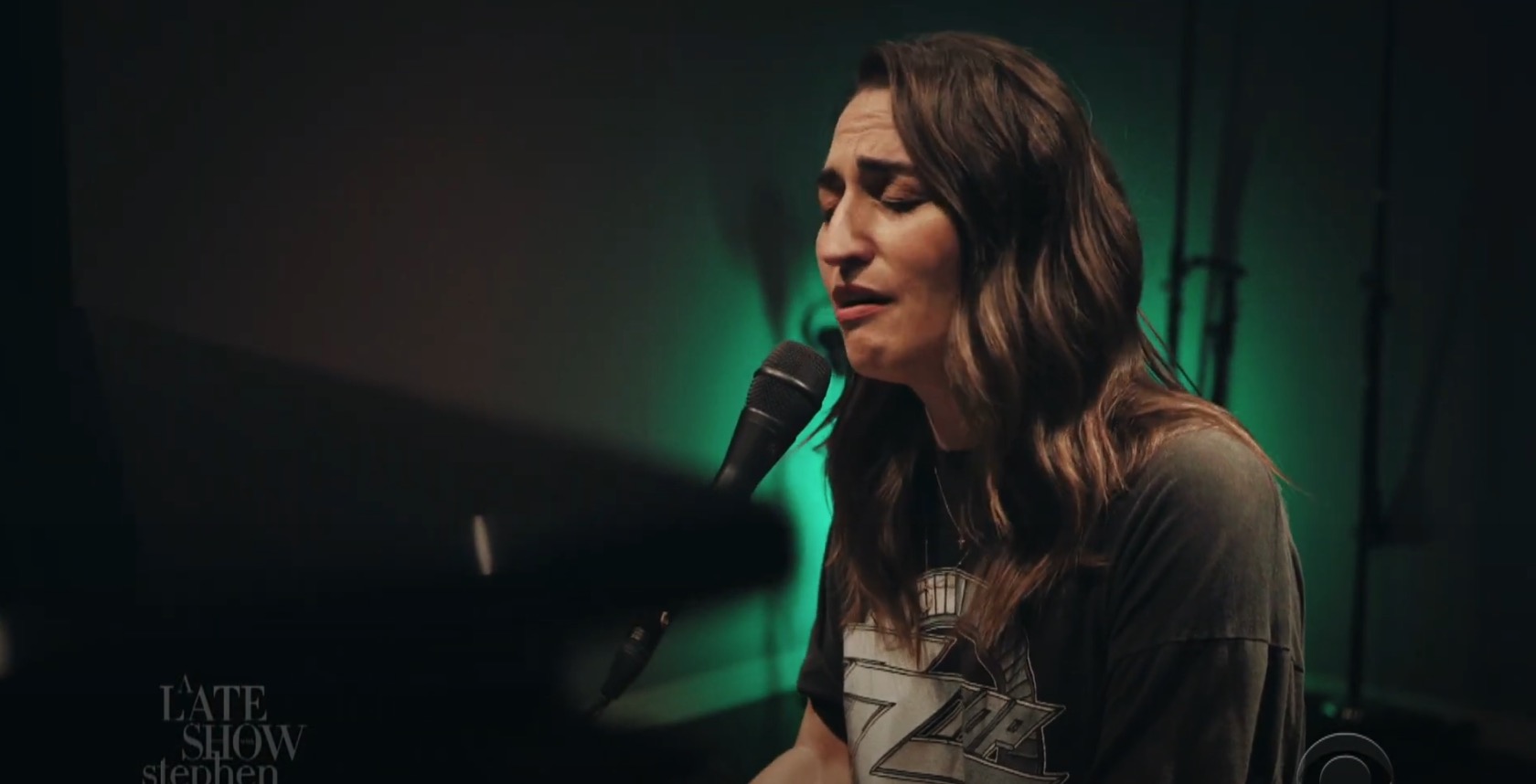 Sara Bareilles was the musical guest on Thursday night’s Late Show With Stephen Colbert, performing the song “More Love,” which she wrote for the Apple TV Plus series Little Voice.

Like all late-night performances during the Covid-19 pandemic, Bareilles and her band recorded a pre-taped performance in a separate space from the host, without an audience. Rather than play on a traditional stage, the group performed in an intimate studio space, highlighting every guitar strum and finger snap during the motivational anthem. “There is enough, so ask for more/Fill you up, nobody’s keeping score,” Bareilles sang while on piano. “Do you know what you fight for, what you fight for?/I want more.”

In October, Bareilles released More Love – Songs From Little Voice Season One, a surprise album that showcased her contributions to the series. In the spring, she and the cast of Waitress, the musical that she wrote for, hosted a livestream tribute to former cast member Nick Cordero, who was battling and later died from health complications related to Covid-19. Bareilles herself recovered from a mild case of Covid-19 early on during the pandemic. “I had a very mild case of Covid and am counting my blessings for that,” she told her fans. “I am totally fine and fully recovered.”