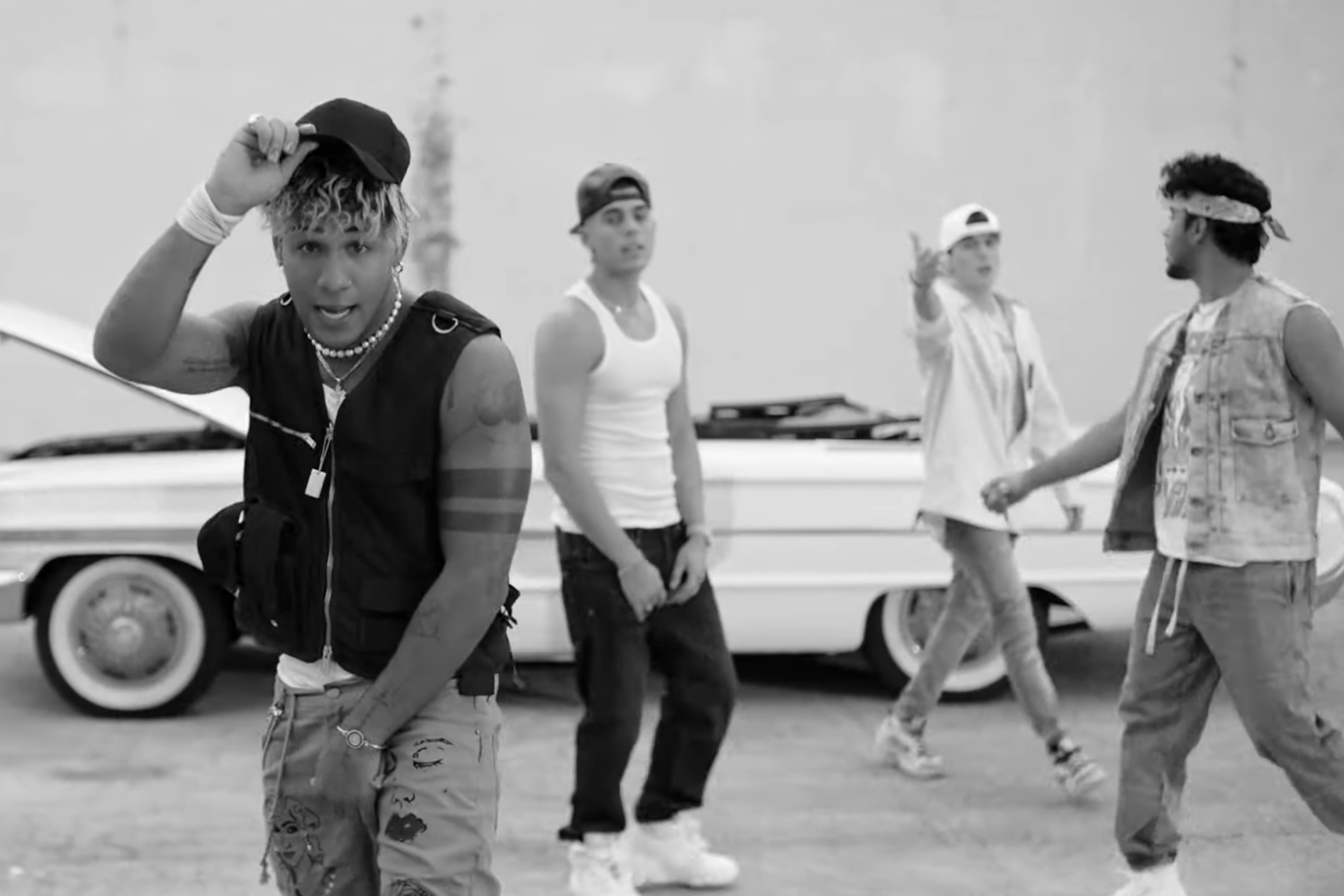 CNCO pay tribute to boy bands of yore in the video for their new single, “Tan Enamorados” (“So In Love”). The song is the first release from their just-announced third studio album, Déjà Vu.

“Tan Enamorados” is a cover of Argentine-Venezuelan singer Ricardo Montaner’s hit single from 1988. In the visual, directed by Carlos Perez and filmed around New York City, CNCO pay homage to the year that the original “Tan Enamorados” came out by referencing a notable boy band music video from 1988: New Kids on the Block’s “(You’ve Got It) The Right Stuff.” The five-piece group dance and flex around a classroom space that looks identical to the one from the NKOTB video and, in another scene, meet up with their female counterparts.

The release date for Déjà Vu has yet to be announced, but fans can preorder the album now. CNCO also revealed the tracklist for the 13-song LP. The group will make their debut performance of “Tan Enamorados” at the 94th Annual Macy’s Thanksgiving Day Parade on November 26th, live from New York.