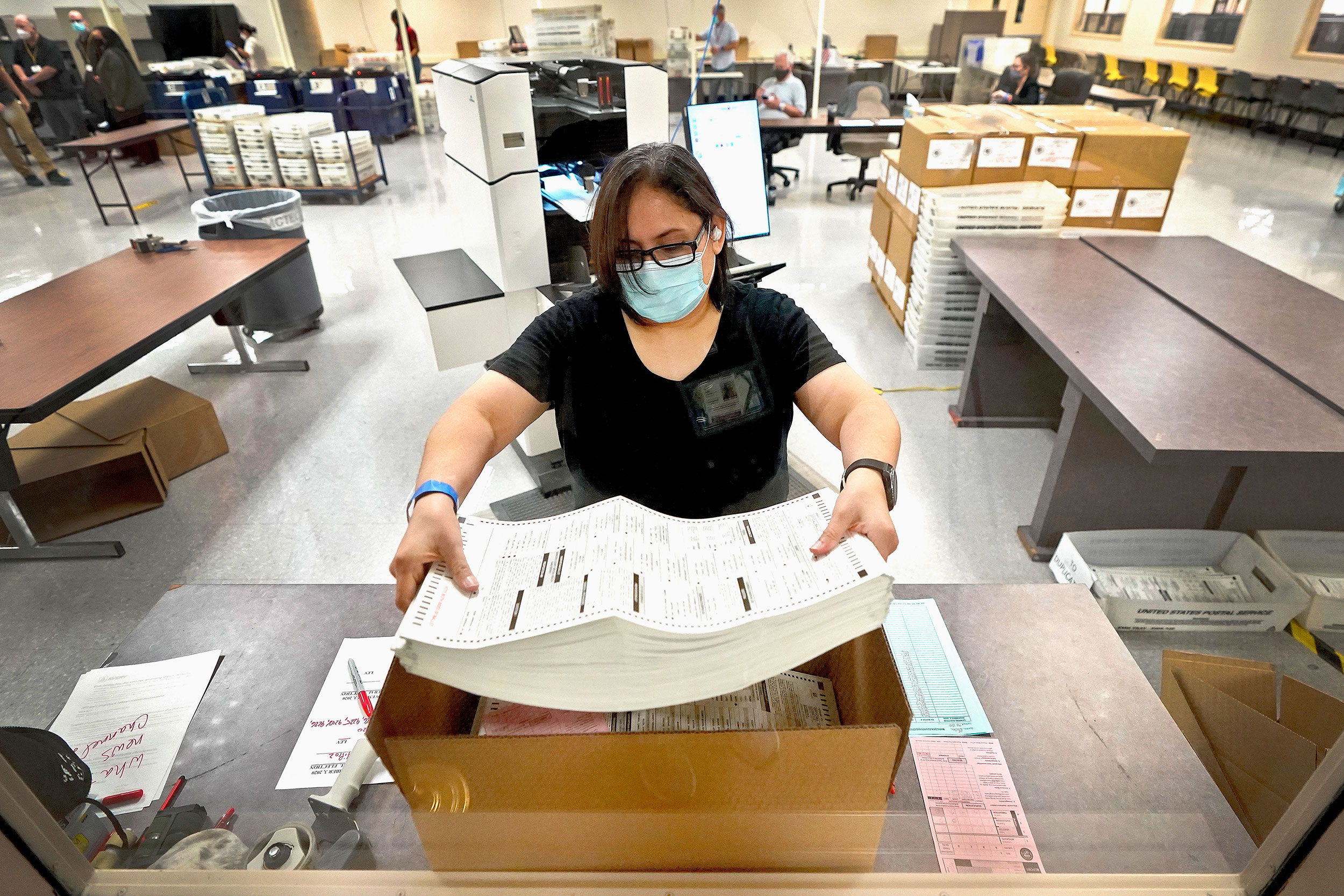 Provisional ballots are cast when there’s a question about a voter’s eligibility, and are specially held for counting until officials are certain the vote should be accepted. If a voter, for example, forgets their ID at home, or isn’t showing up in the voter rolls, they can cast a provisional ballot.

Under federal law, any US resident should always be able to cast a provisional ballot at a polling place, even if their registration status is not clear. That allows officials to accept the ballot but hold it aside while any questions are worked out.

Once cast, election officials determine whether the voter was eligible to vote. If they were, the vote will be counted just like any other.

Generally, though, these ballots are kept separate from all other ballots while they are investigated by election officials and are counted last.

Here’s how the National Conference of State Legislatures describes the investigation process once a provisional ballot has been cast:

As a result, voters often need to be their own biggest advocate when it comes to provisional ballots — following up with local elected officials to confirm they have looked into their qualifications and have counted their vote.