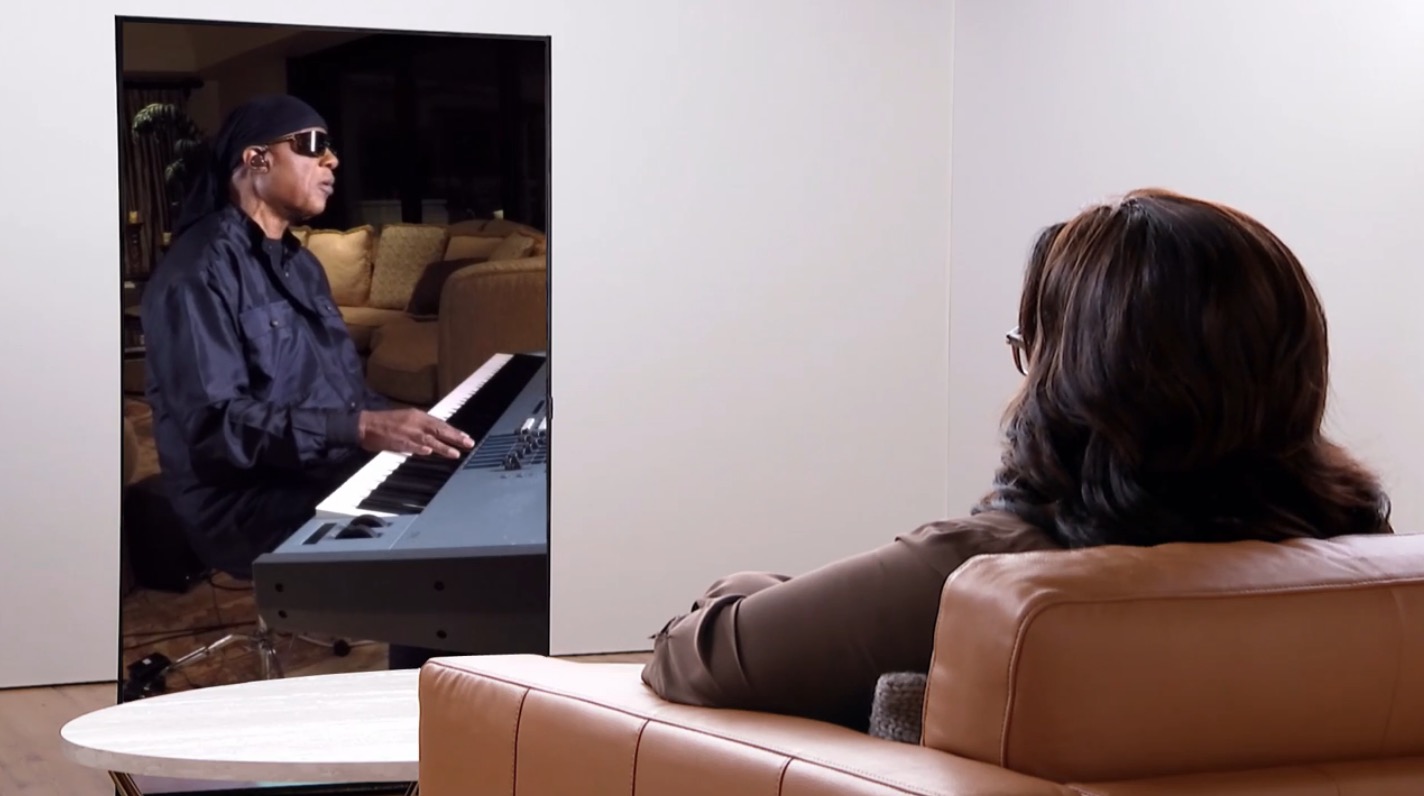 Oprah Winfrey will air an exclusive conversation with Stevie Wonder as part of her series The Oprah Conversation on Friday, November 6th. In an exclusive clip from the Apple TV+ program, Winfrey addresses the legacy of Wonder’s unparalleled run of albums during the Seventies, and quotes a recent article that calls those albums “the soundtrack for a fragile decade.”

“Your music focused on our humanity in a way that many in society had refused to accept,” Winfrey told Wonder over video chat. “And it’s so interesting, because I’ve always known that your songs captured both the joy and the trauma of our culture – do you think we’re in a fragile decade now?”

Wonder’s response was “without question,” referencing how the United States could be on the brink of losing its core identity and values.

“We talk about being the land of the free and the home of the brave, ‘give me your tired’ and all that,” he said. “And then there are people who hate. I don’t care what ethnicity you are, what color you are…You see, the great thing about being blind, for me, is that I don’t see color, but I do see the spirit. And if your spirit’s not right, I can just feel it.” The episode will also touch on Covid-19 and Wonder’s “urgent message of love.”

Wonder released his first new music — “Where Is Our Love Song” and “Can’t Put It in the Hands of Fate” — in 15 years last month. “When I first wrote it, it was about a relationship,” he said of the latter song. “And then I was thinking about where we are in the world and I was thinking … this craziness is unacceptable. We’re not going for it anymore. Change is right now. We can’t put it in hands of fate….. We can’t put voting in the hands of fate.

“I want the world to get better,” he added. “I want us to get beyond this place. I want us all to go to the funeral of hate. That’s what I want.”