Rufus Wainwright on His Audible Project, ‘Road Trip Elegies,’ and Why He Finally Covered Dylan 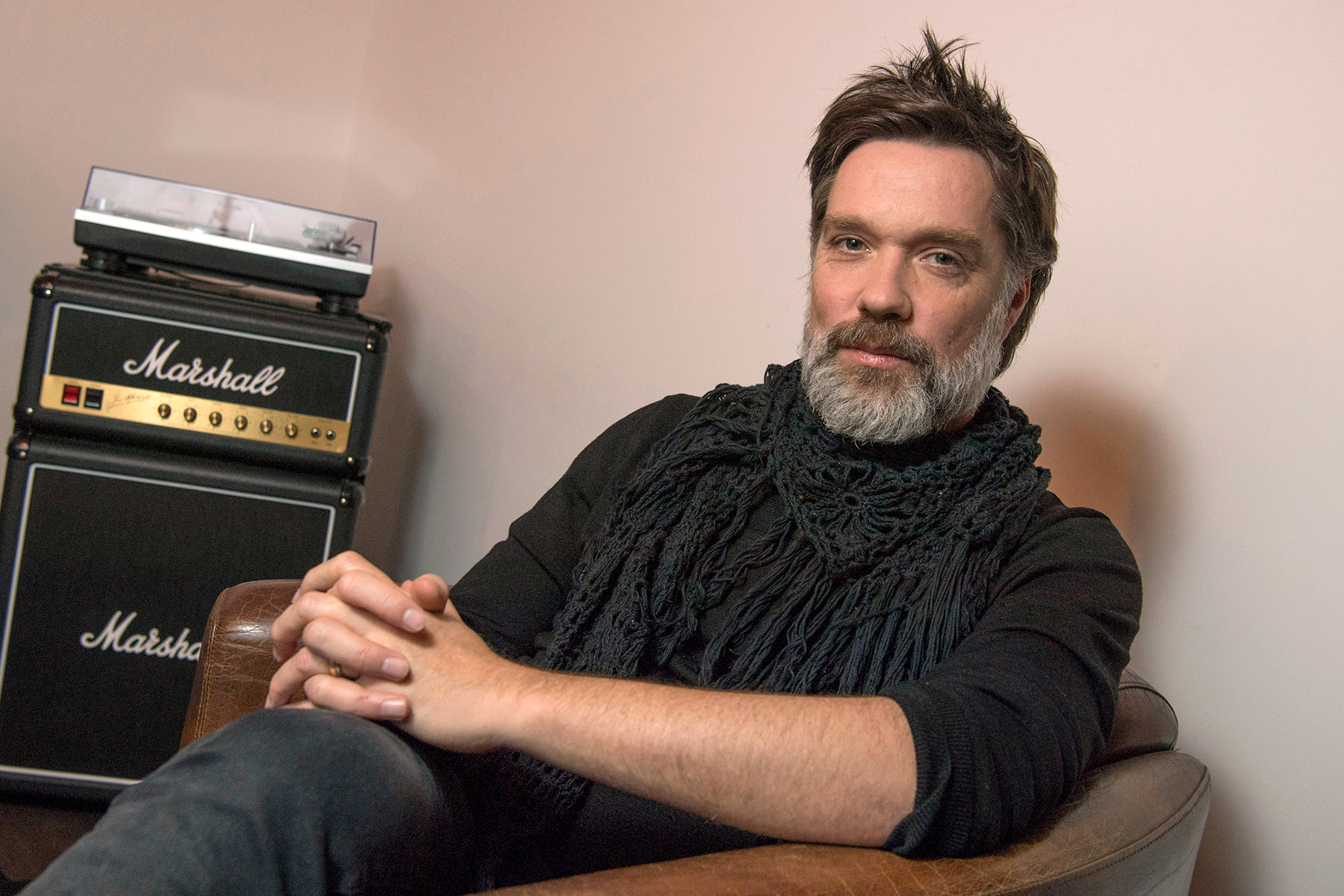 Earlier this summer, Rufus Wainwright released Unfollow the Rules, his first full-on pop album since 2012’s Out of the Game, after a three-month delay due to the Covid-19 shutdown. Although he hasn’t been able to go out on the road to share his songs with fans on a tour as he typically would, that hasn’t meant he hasn’t kept busy creatively.

Since the beginning of the pandemic, he’s been performing “quarantunes” from his living room piano, what he’s termed the Rufus-Retro-Wainwright-Spective, keeping his fans entertained every Friday with new renditions of his songs (often filmed by his husband Jorn Weisbrodt). Now, he’s released an Audible Original, titled Road Trip Elegies: Montreal to New York, a narrated road trip that Wainwright took last year from St. Sauveur, Quebec, to New York City with his therapist, a.k.a. Mark the Analyst, by his side.

Over the course of three one-hour episodes, Wainwright details family histories and other anecdotes from his time at McGill University in Montreal and Millbrook, the private New York boarding school he attended (which inspired one of his early songs); coming out to his mother, Canadian folk icon Kate McGarrigle; and much more.

Listeners follow along as Wainwright remembers how he dealt with the death of his mother, conflicts with his father, and his intense passion for the Adirondacks. Woven throughout are musical performances — recorded pre-pandemic from live shows at the legendary McCabe’s Guitar Store in Los Angeles — that punctuate the storytelling and include everything from his interpretation of Bob Dylan’s “A Hard Rain’s A-Gonna Fall” and Barry Gibb’s “Islands in the Stream,” to songs by his father, Loudon Wainwright III, and the McGarrigle sisters.

“I don’t think anybody in my family is going to be angry or anything,” Wainwright tells Rolling Stone with a chuckle. “But I may have gotten a couple of things wrong and I might be corrected about certain facts. But nothing over the line.” RS spoke with the singer-songwriter by phone last week, and here he shares more background on how the project developed and his hopes for live performances coming back in the future.

On deciding to road trip with his therapist by his side
It was a sort of confluence, if that’s the right word, of events and subjects. I’ve been working for years with my therapist, and we had these incredible conversations over the years that many times I wish I’d recorded. Not so much about my life even, but just about the world and history and myth and so forth… I’ve always had a great passion for the Northeast, especially in the fall, especially now that we’re living in L.A., it’s even that much more acute. So it occurred to me that this is something I’d like to do for an Audible offering, since what’s always fascinated me with radio and other audio is how your brain can really travel so seamlessly from one atmosphere to the next, and you can just picture things for themselves. So I had this vision of doing this drive with my therapist and just bursting with music and kind of seeing how the mind can ricochet through all these different aspects.

Mark was very into the idea, and you know, we spoke for 10 hours, so this is really quite distilled. I wanted it to be a real “session” and to have that kind of depth. I also liked how it’s not linear — oh boy, we bounce back and forth between different subjects and time periods. I like that kind of traveling through time as well as space as well as, you know, sound. … I just wanted to maximize the kinetic energy of all the senses.

On deciding to cover Dylan songs and share them
Dylan, obviously, has always loomed large in my life, you know, in terms of what he meant to my parents. I mean, for both my mom and my dad, he was the ultimate kind of figure and really changed their lives in so many ways. So I think I was always a little bit afraid, actually, of stepping onto that ice. And now that I have, you know, it certainly isn’t thin — there’s a lot to skate around on.

Many years ago, I got really into opera, and I made it my main squeeze. But then, as I got older and I started to investigate more the history of what I was doing — i.e. songwriting — I kind of went through a heavy-duty Leonard Cohen moment. I had a lot of success in interpreting his work. And then later, I went up and I did a lot with Joni Mitchell and Neil Young, mainly around the time of the 125th anniversary of Canada.

Then, finally, Dylan was the one last thing that I had to do that I felt I should examine. And of course, that was right in time with the pandemic and also the political havoc that’s being wrecked. It really resonates deeply with these very traumatic times. In fact, I would even argue that — I mean, I love Leonard Cohen, and I love Joni Mitchell, and I love Neil Young, but I don’t know if any of those classic songwriters have been able to really hit the nail on the head like Dylan has. When you’re in this kind of politically charged nightmare, Dylan really hits those notes the best.

On his reactions to the current political crisis in the United States
I have to say, during the whole Amy Coney Barrett thing, I was shocked at one point when it really dawned on me what could possibly happen and how it could affect my personal life. I mean, Jorn and I looked at each other and realized instantly that, you know, we might have to leave the country! If we’re not acknowledged legally in certain states and … I mean, it’s hard for us because we have a child here and we share custody with her mother. So you have to really weigh those options, but it certainly was the first thing out of our mouths: “I don’t want to live in the United States if they’re going to do this right now, to go backward like that.” So, it was so visceral, you know? I’m totally involved and totally fighting for abortion rights and criminal justice reform, but it doesn’t hit the core of me personally as a human. And this really did. And it was — it took my breath away.

On his hopes for the future of live music and touring
I do miss being on the road. I really miss just — how can I say this? — I miss the education, actually, that I received when I tour. You know, just to find out what was going on in people’s lives in other parts of the planet. So that is what I am excited for — for that to happen again. But there are certain shows that are booked now, and I have actually done a couple of performances in Germany already and I will be singing in Sweden — when I go there for the new production of Prima Donna [at the Royal Opera House]. I feel more fortunate than others to have, you know, a repertoire to lean on and also a very loyal fan base. Also, I’m just able to think up more huge projects that will take a while to develop, to get the funding, to build the architecture for them. And then, once the gates open, I’ll be running out pretty fast.