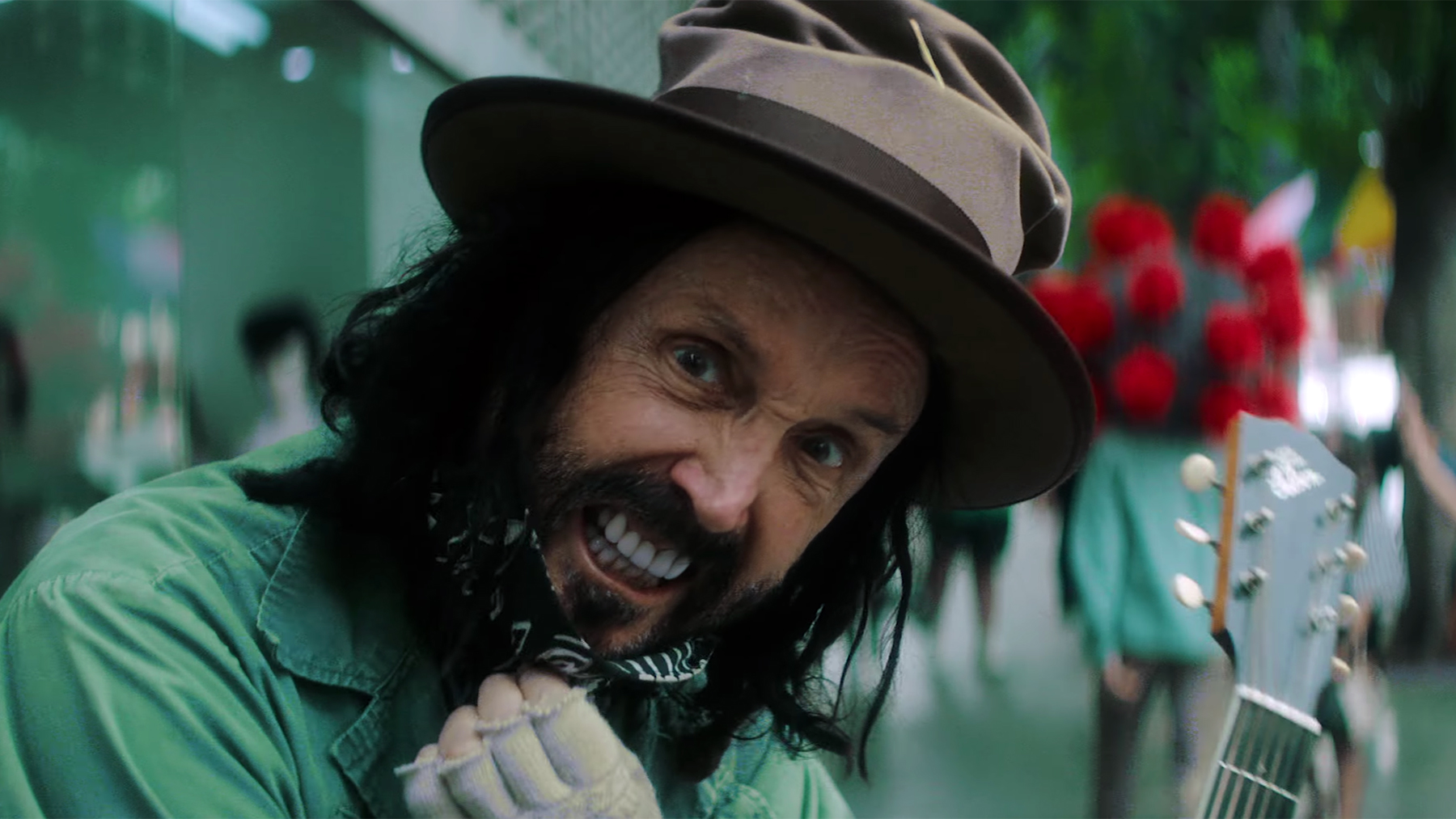 The Dirty Knobs, the new band led by Mike Campbell, have released the single “Fuck That Guy” from their upcoming album Wreckless Abandon, out November 20th via BMG. Co-written by Campbell and Chris Stapleton, the song is accompanied by an appropriate “fuck you” to the horrible pandemic we’re all living through: a video that sees the band giving Covid-19 a royal kick in the teeth, literally.

Jeff Garlin (Curb Your Enthusiasm) stars as a walking embodiment of the novel coronavirus, giant red fuzzball for a head and all. As he walks down the street, masked pedestrians everywhere give him the finger, and to extend the metaphor even further, he’s an asshole in more ways than starting a global pandemic. He walks in front of cars, steals kids’ bicycles and other sorts of annoying mayhem that will make you scream, well, “Fuck that guy.” The video was directed by Gilbert Trejo, whose dad, the actor Danny Trejo, makes a masked cameo appearance in one scene.

“‘Fuck That Guy’ is a simple song that could really be about anyone you know,” Mike Campbell, the longtime guitarist for Tom Petty and the Heartbreakers, said in a press release. “The video is a bizarre and darkly humorous take on 2020. It’s been a hard year. It helps to just laugh. We shot the video in September, just last month. Sometimes life ends up imitating art in almost unimaginable ways.”

Gilbert Trejo added, “For the ‘Fuck That Guy’ video, we leaned into some of the motifs from my favorite silent films, creating the ‘me against the world’ character that guys like Buster Keaton or Charlie Chaplin perfected, but we stripped away what made those characters so endearing and empathetic. There’s no need to empathize with the physical embodiment of COVID — seriously, fuck that guy. The Hazmat crew was our sort of 2020 version of the Keystone Cops, always on the hunt, trying to clear the world of this asshole who’s walking around thinking ‘he’s god’s gift to man.’”