‘SNL’: Watch Adele Sing Her Hits in ‘The Bachelor’ Sketch 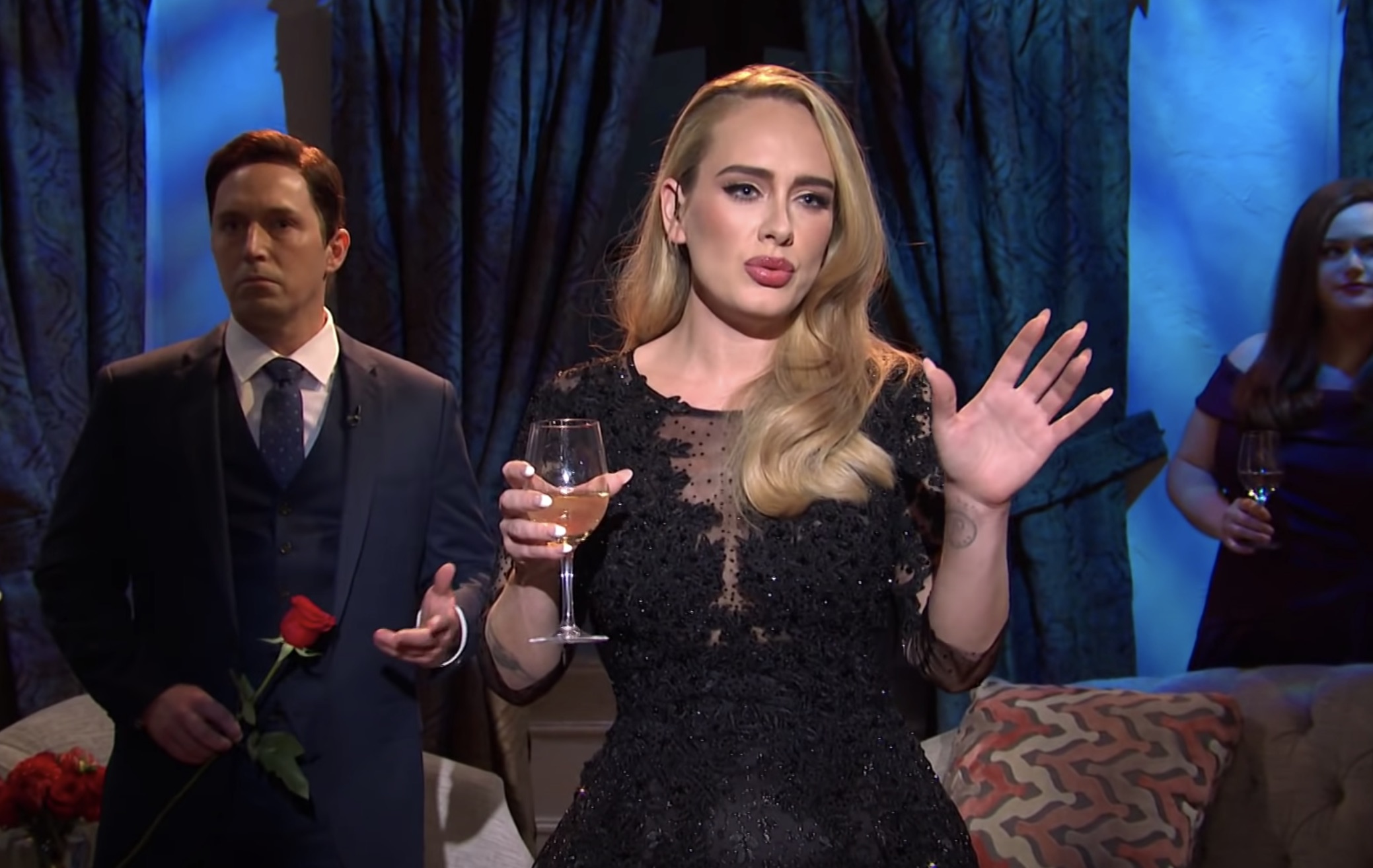 Adele sang snippets of her biggest hits while competing in Saturday Night Live’s The Bachelor sketch, which pitted the singer against a bunch of Hannahs for the affections of Beck Bennett’s “Ben K.”

“I’m here because I’ve had a lot of heartbreak in my life, first at 19, then sort of famously at 21 and then even more famously at 25,” Adele, playing herself, says in the sketch. “But I have a really good feeling about Ben K. It’s only Night One, but I can already tell he’s going to be the love of my life.”

Over the course of the sketch, Adele interrupts the usual Bachelor proceedings with snippets of her music: “Someone Like You” when she doesn’t receive the “first impression rose,” “When We Were Young” on her first date with Ben K., followed by impromptu versions of “Hello” and “Rolling in the Deep” which annoy both her fellow contestants and the Bachelor.

Ultimately, the Hannahs win out and Adele is booted out of the Bachelor house, but not before reprising “Someone Like You” while strolling into the SNL audience.

Although they were just portions of her hits, the quasi-performances marked the first time Adele has sung on American television since he performed “Hello” at the 2017 Grammys.