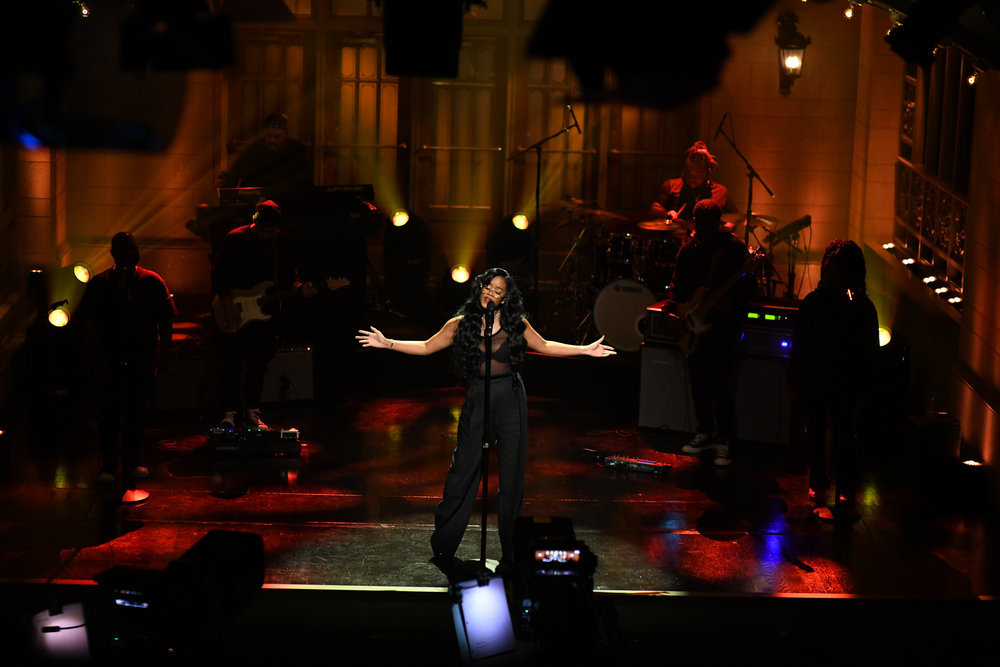 H.E.R. performed her new single “Damage” and debuted “Hold On” as musical guest on the Adele-hosted episode of Saturday Night Live.

For “Damage,” H.E.R. replicated the vibes of the track’s live music video released earlier this week, while the ballad “Hold On” allowed the singer to show off her guitar chops:

“So much fun!!! Thank you for having me!!,” H.E.R. wrote in the YouTube comments of SNL’s “Hold On” video. Adele, the episode’s host, previously said of H.E.R., “I am beside myself that H.E.R will be the musical guest! I love her so much I can’t wait to melt into a flaming hot mess when she performs…”

Soon after debuting “Hold On” on SNL, the Grammy-winning singer dropped the studio version of the song on streaming services. Both “Damage” and “Hold On” are likely destined for H.E.R.’s upcoming full-length first album on MBK Entertainment/RCA Records; the singer’s previous albums — including the Best R&B Album-winning H.E.R. — were collections of her singles and EPs.

The SNL performance capped a busy week for H.E.R. as she also appeared on Toni Braxton’s new single “Gotta Move On.”