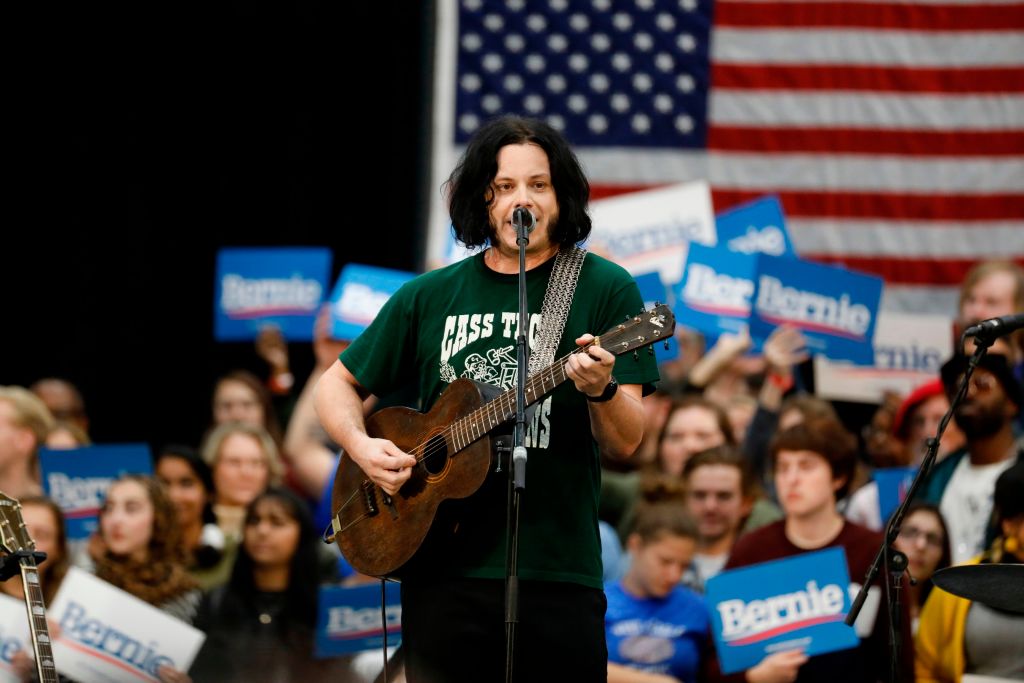 A busking musician whose guitar was smashed by a passerby received a surprise this week when he was given a new guitar purchased for him by Jack White.

Matt Grant, a 26-year-old busker in Edinburgh, Scotland, started a GoFundMe page earlier this week after his instrument was destroyed by a drunk woman he encountered on the street.

“Often I don’t rise to people coming up and talking nonsense but this lady was pushing it too far. She was in my face swearing and shouting at me. I told her to go away and she wasn’t having any of it. She grabbed my guitar and smashed it over the ground,” Grant wrote. “But now I’m out of a guitar to busk with for the time being.”

The GoFundMe soon went viral, with over $5,500 raised to replace Grant’s acoustic guitar. Somehow, the fundraiser also came to the attention of Jack White.

“On the morning that Matt came into the store we received a call from a third party suggesting somebody wanted to buy a guitar for Matt as a gift,” Guitarguitar shop manager Chris Cunningham told CNN. “They had been phoning around the Edinburgh music stores looking for him. Matt was over the moon.”

The “third party” was on behalf of White, whose U.K. representative confirmed to CNN that the rocker purchased the new guitar – a custom Fender Stratocaster – for Grant.

Grant added on his GoFundMe, “Incredible. Jack White from the White Stripes got in touch this morning and decided to buy me a brand new guitar. Unbelievable. From one of the worst things to happen to one of the best. Once again, thank you for everyone’s help.”

The busker also posted video of himself performing the White Stripes’ “Seven Nation Army” on the streets of Edinburgh with his new acoustic guitar: