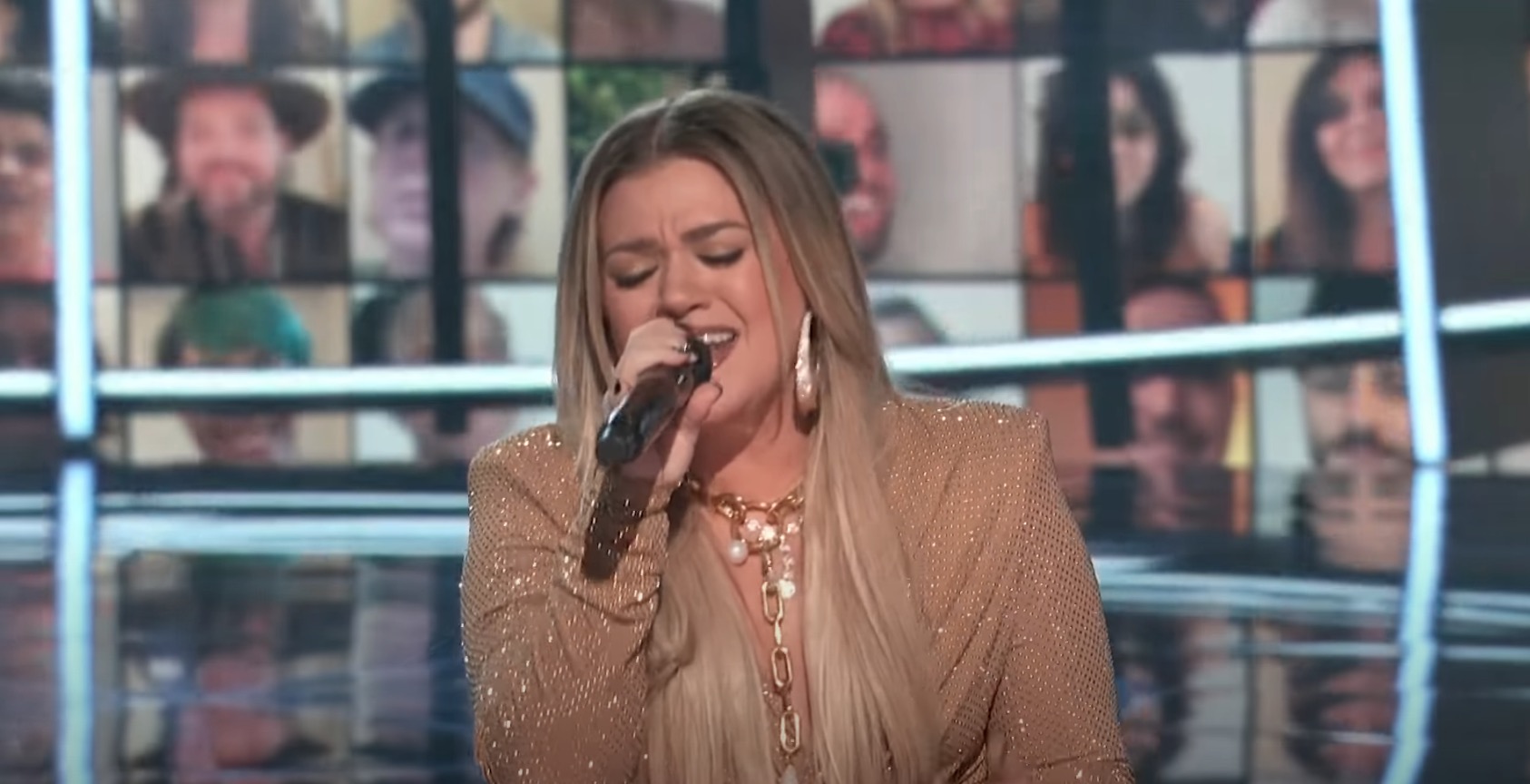 Originally a hit for Steve Winwood in 1986, “Higher Love” has gained new attention over the past year after Kygo released a chart-topping remix of Whitney Houston’s cover of the song (originally released as a bonus track on her 1990 album I’m Your Baby Tonight).

First performing alone inside a smaller, circular stage, Clarkson was then backed by members of Pentatonix as she stepped out into the larger Dolby Theatre, where Sheila E. performed a righteous drum solo onstage. For the final chorus, a choir of individual singers on Zoom joined the performers on a giant screen that wrapped around the stage.

The 2020 Billboard Music Awards aired on Wednesday night after being delayed for six months due to the pandemic. Post Malone was the big winner of the night, taking home nine awards including Top Artist.