A massive animal migration is underway. But the pandemic means few can see it 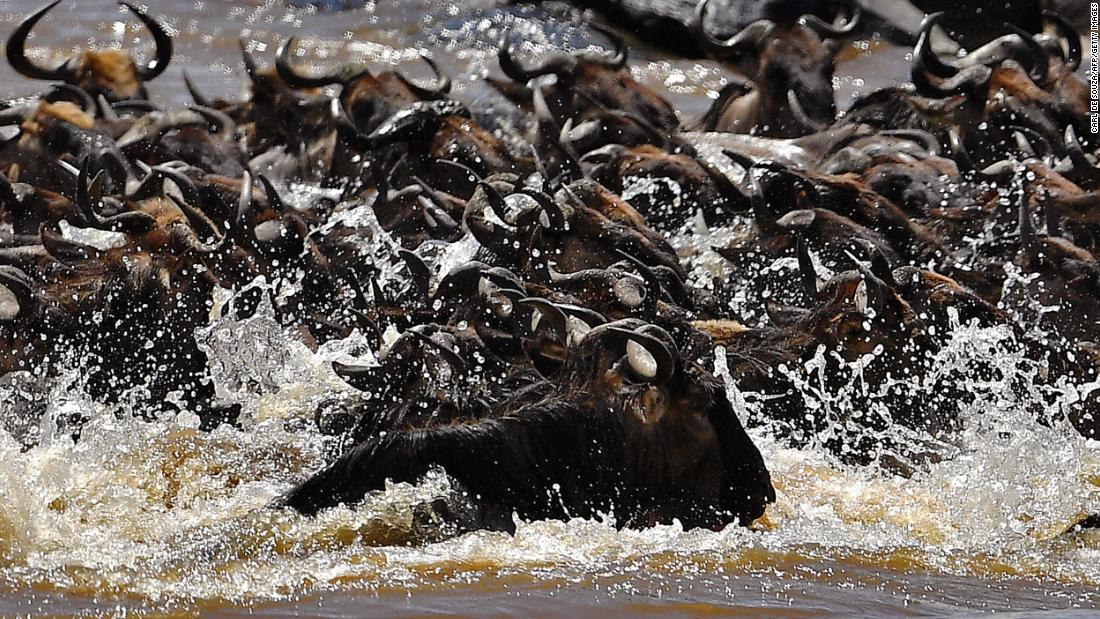 (CNN) — For Nadutari Tingisha, making beaded jewelry is the only job she’s ever known. “Beading is something we grew up doing, so we will never give up on it,” she says.

She typically spends her days hawking her wares to tourists who flock to Kenya’s Maasai Mara to take part in the region’s world-renowned safaris. However, this year her clientele has been few and far between.

Every year between June and December, one of the world’s largest and longest animal migrations takes place in East Africa. Over two million wildebeest, zebras, gazelles and other animals travel across the Serengeti into Kenya’s Maasai Mara in pursuit of greener pastures.

Dubbed by many as the Great Migration, the circular route spans between 800 and 1,600 kilometers, with herds of wildebeest often seen stretching across 40 kilometers.

In the past, the bulk of Kenya’s tourists arrived between June and October to witness the migration. However, months of travel restrictions due to the pandemic have dealt a blow to the country’s tourism industry.

As the slowdown of international travel continues, Kenyan safari companies are facing unprecedented losses. CNN’s Eleni Giokos takes a look at how safari operators in the Maasai Mara are looking to alternative streams of income amidst this period of financial uncertainty.

August is typically one of the busiest months for tourists, accounting for 10% of Kenya’s total annual visitors, with around 250,000 travelers, according to Najib Balala, Kenya’s Minister of Tourism and Wildlife. International flights were halted at the end of March due to coronavirus, and resumed on August 1; the country welcomed less than 15,000 tourists that month, Balala says. The drop in demand has put 2.5 million Kenyan tourism jobs in jeopardy.

Many of these belong to the Maasai themselves, a tribe known throughout the world for their traditions and colorful dress. The Maasai also own large swathes of the Maasai Mara — often leasing the land to conservancies who run national game reserves and safaris.

Though Covid-19 infections and death rates in Kenya remain relatively low, tourist numbers are expected to remain down until early 2022.
The Maasai are now looking to move beyond tourism to sustain their livelihoods. In addition to growing their own food rather than buying it from others, community members are also sourcing local ingredients to make hand sanitizer and soaps to sell to communities across Kenya. Nelson Reiya, cofounder of the Nashulai Maasai Conservancy, says construction of a mechanized production center is underway and should be operational by the end of the year.