Steve Martin on His Dedication to Awarding Banjo Musicians: ‘This Is Equal to Classical Musicianship’ 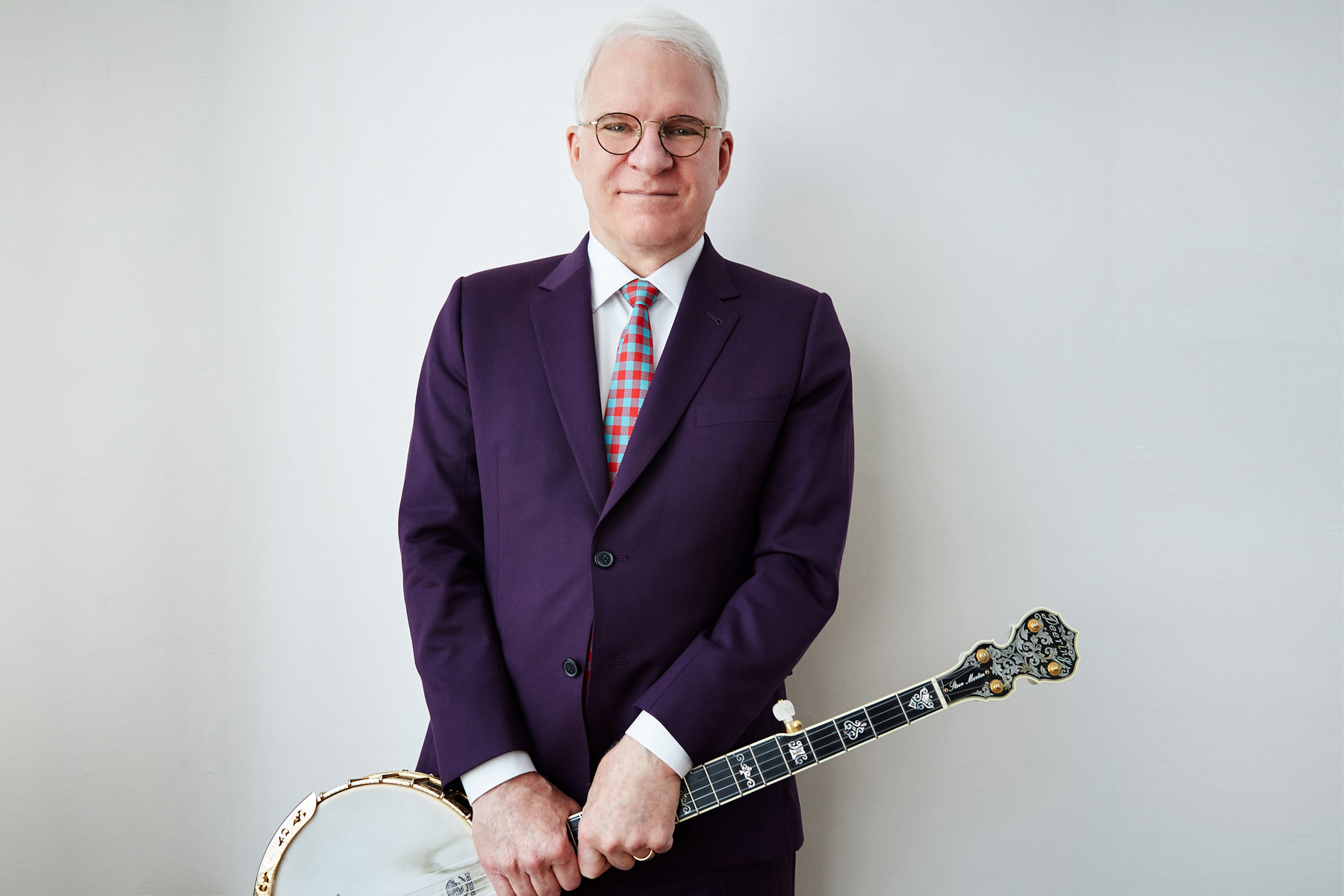 Steve Martin has played the banjo for nearly 60 years now. The instrument was a major part of his early stand-up comedy routines, and after he got more serious about it in the past two decades, his playing has won him multiple Grammys. Once he started touring and witnessing the sheer talent people had on the instrument, he had a revelation. “I thought, ‘This is equal to classical musicianship,’” he tells Rolling Stone. “And I was talking to a guy who was a master banjo player — he was one of the top players — and he told me he’s still paying off his banjo. I thought, ‘Somehow, we’ve got to help these people.’” Enter the Steve Martin Prize for Excellence in Banjo & Bluegrass.

Since 2010, the comedian and musician has recognized some of the world’s greatest banjo players by awarding one player $50,000 of his personal money and a trophy to each. This year, he’s making some changes. Because the award was getting expensive, he partnered with the FreshGrass Foundation, whose aim is to preserve grassroots music, and Compass Records to keep it going. They’ve expanded the board — Martin now considers himself an emeritus board member — and widened the award’s scope to honor more types of banjo styles. It will also now recognize five musicians a year instead of one.

Martin will introduce this year’s recipients via the FreshGrass Festival’s virtual #FreshStreams event, which starts at 8 p.m. ET on Wednesday. This year’s honorees include Jake Blount, a specialist in black and indigenous styles, Catherine B.B. Bowness, a New Zealander who has expanded five-string, Scruggs-style playing, Matthew Davis, a 21-year-old exploring new musical horizons on the instrument, Gerry O’Connor, an Irishman interested in connecting Irish music with African, Asia, and bluegrass styles, and Buddy Wachter, a well-recognized four-string banjoist.

Because of need in the music community, this year’s class will split $50,000 between them, and going forward, the award will be $25,000, which would be divided among the recipients. The FreshStreams event will also raise money for MusiCares, which offers relief to musicians in need.

So how does one recognize excellence in banjo playing? “Hearsay,” Martin deadpans. “Once you get the names, then usually you can find their music online, whether it’s on YouTube or a record. I’ve seen players on YouTube that I couldn’t touch. I’d never heard of them, and they live in Wyoming somewhere. So people talk, and you start to hear names. There’s no scientific process.”

Martin says he’s happy that the board has grown from eight members to 15 this year, because it casts a wider net. “I couldn’t keep track of all the players, and it was getting harder and harder,” he says. “I perceived a time that wouldn’t be fair anymore because I wouldn’t know all these players, and I was just going to stop the prize.” Then Compass Records’ Alison Brown and her husband Gerry West offered to link the award up with FreshGrass. “We would all participate, and you’d have a more diverse board,” he says. “With the board now expanded, they have their finger on the pulse of what’s going on in the musical world, whereas I didn’t.”

At the mention of O’Connor’s name, he flashes back to meeting the banjoist at a Dublin pub. “I had sought out the singer Mary Black because she had the most golden voice you’ve ever heard,” he recalls. “After we recorded together, we went to a pub and when [she] walked in, it was like a goddess had walked in. And Gerry O’Connor was there, and he played a bit, and then she sang ‘Song to Ireland,’ which is this magic tune, a classic standard. And of course, the place quieted down; you got Mary Black singing ‘Song to Ireland’ to an Irish pub. It was a great night.”

He’s also excited about Jake Blount for the musician’s knowledge about African American banjo playing. “I came into the banjo because of Earl Scruggs, and that doesn’t have African American roots,” Martin says. “His style started in the Appalachian Mountains. I wasn’t really aware of African American style much until later when I started playing clawhammer. And then the information started to creep in. And then you get taken to school by Rhiannon Giddens and you start to go, ‘Oh, I see.’”

Meanwhile, he’s also interested in Bowness’ expansion on Scruggs-style playing. “So much is happening, I can’t even keep pace with it,” he says. “Having been a banjo player for almost 60 years, I look at these players that I have no idea how they’re doing it.”

The most important thing about the award to Martin is the talent it recognizes, though he sees its wider purpose. He and the new board members were considering honoring more banjoists before the pandemic shut things down, and after seeing how many musicians needed money as a result of the shutdowns, it solidified the idea of giving it to five people. “The money is important, but the acknowledgment is also important because every time one of these players gets introduced, they get to say, ‘Winner of the so-and-so prize,’” he says. “People like prizes and sort of believe in them. So when [consumers] hear that, they go, ‘Oh.’ It just seemed like a great thing.”