Lenny Kravitz Was Almost the ‘Somebody’s Watching Me’ Singer 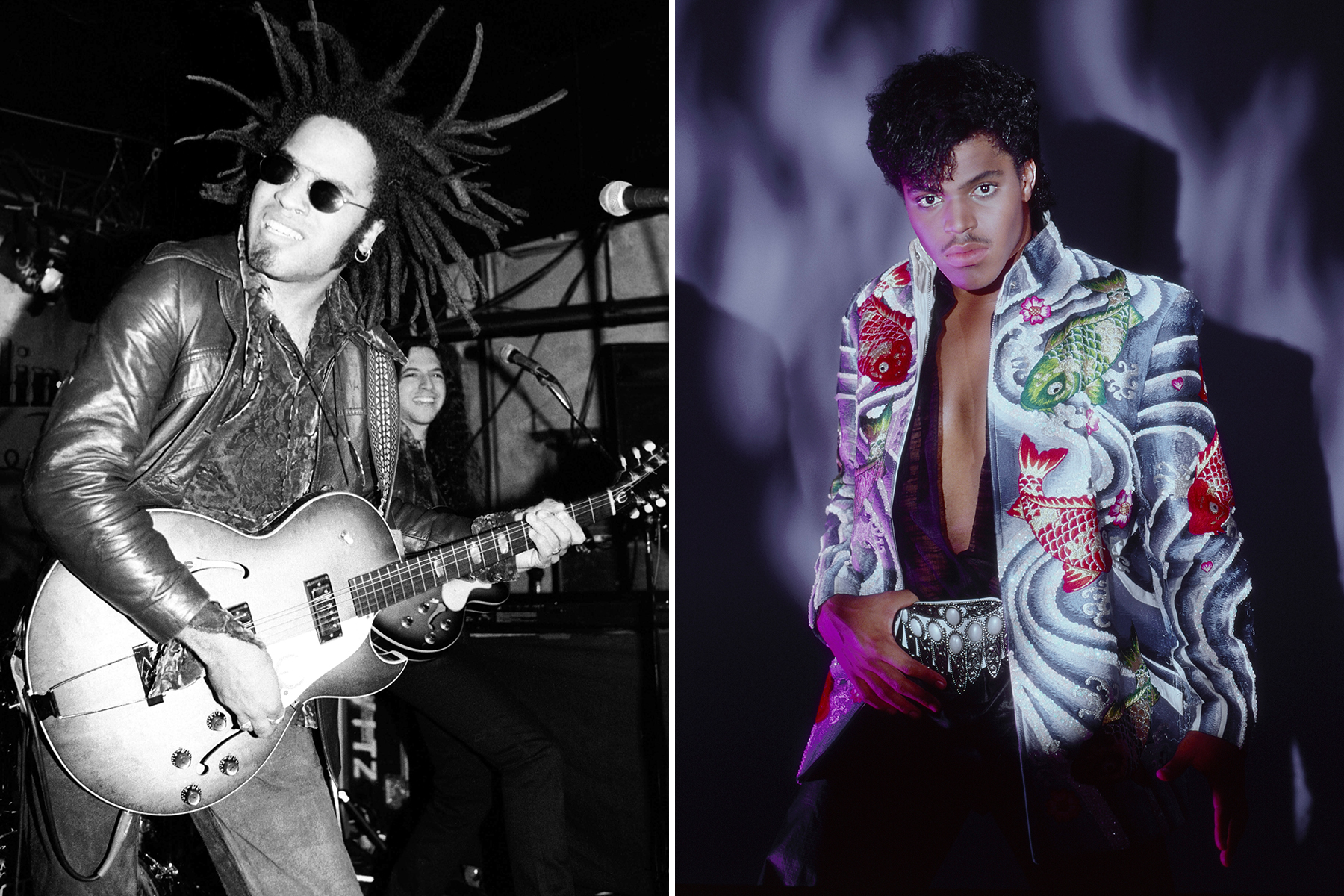 As detailed in his new memoir Let Love Rule, Lenny Kravitz made some notable friends attending Beverly Hills High School in the early 1980s. One of his first friends was Kennedy Gordy — Berry’s son — who would invite Kravitz to his Bel Air mansion to hang out and listen to music. “On any given day at the Gordys, Diana Ross would be lounging by the pool,” Kravitz writes in the recently released book. “Smokey Robinson and Marvin Gaye would be playing cards in the den. The house was heaven!” Kravitz and the younger Gordy would frequently escape to a room with a stage, piano and microphone, quasi-forming a band and talking about the future.

One day, around 1982, Gordy “called to say he’d written a surefire hit that was perfect for my style. I had to hear it right away,” Kravitz writes. At one point, the two were inseparable, with Gordy joining Kravitz at the New Edition show where the latter would first meet future wife Lisa Bonet.

“He came over to my mom’s house with the first LinnDrum drum machine which was really big and heavy and he had some sort of Roland keyboard,” Kravitz tells Rolling Stone as part of his Special Edition interview. “He’s like, ‘I got this tune for you and I think that you’re really gonna dig this. And he sings me the song [begins to sing first verse] and he gets to the hook [sings hook] and I’m like, “Wow, that’s good.”

A teenaged Kravitz mulled taking Gordy up on the offer and recording the song. “Berry was a star maker. Berry could sign anyone he wanted. Motown was the big leagues. Was I stupid to turn this down?,” he writes. “As time went on, more opportunities would come my way, and I’d continue to turn down songs that had success written all over them. It wasn’t arrogance that made me pass over those opportunities. I wasn’t ego-tripping. If anything, it was the opposite. I never forgot one of my mother’s favorite admonitions: self-praise is no recommendation. No, it was simply that the opportunities presented to me up until that point hadn’t allowed me to be my true self. I always knew that if I couldn’t express my musical soul, I wouldn’t be worth a damn.”

Gordy took the song for himself, enlisted friends Michael and Jermaine Jackson, and, under the name Rockwell, turned it into an international and enduring smash hit that remains the perennial paranoia-rock anthem. “I asked God to give me it,” he told Rolling Stone in 2016. “The prayer was, ‘God grant me the creativity to write a song that’ll go to the top of the charts and tickle the taste buds of the music connoisseur.’ Everything came to me so easily after that prayer.”

The song would go on to spend 19 weeks on the Billboard Hot 100 chart and peak at Number Two behind Kenny Loggins’ “Footloose.” It would eventually go gold, selling more than 500,000 copies three months after its release.

“I was like, ‘It’s really good, but it’s you. You should do this, man,’” Kravitz tells Rolling Stone. “At that time, he wasn’t thinking about himself as being an artist. Maybe he was thinking more about being a producer and a writer. But he offered me this song and next thing you know, the months go by and I was like, ‘Holy shit!’ I hear this song on the radio and the rest is history.”