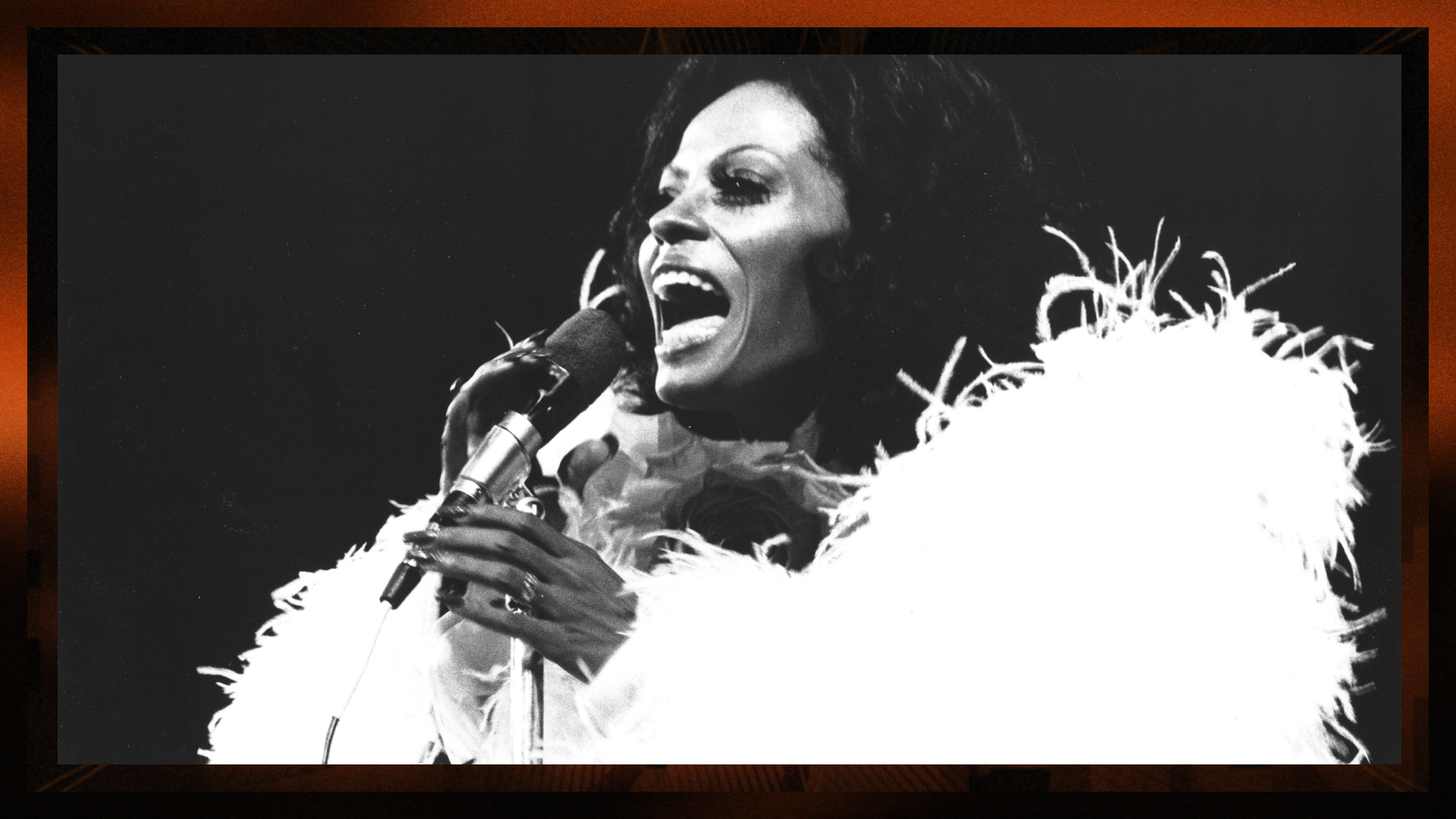 By the dawn of the Seventies, the protest song was considered as much a relic of the previous decade as the word “groovy,” with notable exceptions like Edwin Starr’s “War,” Neil Young’s “Ohio,” and Bob Dylan’s “George Jackson.” As Arlo Guthrie told Rolling Stone this summer, “The music business went from figuring out how they could make some money selling protest songs to realizing, ‘Well, they don’t really sell that well, so we’ll move on to something else.’ Which they did.”

But the sight of Marvin Gaye’s 1971 What’s Going On atop Rolling Stone’s 500 Greatest Albums of All Time list is a formidable reminder that socially-conscious pop was very much alive during that period — just not in rock & roll.

On that classic album, R&B’s tortured poet addressed racism, ecology, war, and drug abuse, among other topics. Gaye was hardly an outlier in this way. All around him, other soul and R&B artists picked up the protest-song baton from rock, addressing a new and even more urgent set of concerns in their music. (Economic inequality was one major topic: By the late Sixties, four in ten black Americans were below the poverty line.) Here’s a tour of how black music addressed the very real, and increasingly desperate, American carnage of the time.

Find this playlist on Spotify here.

Stevie Wonder, “Living for the City” (1973)
Starting with those mellow but foreboding electric piano chords, Wonder’s story-song is the stuff of old-school protest music: A kid from Mississippi, part of a family immersed in hardship, ventures into the urban jungle, only to wind up in jail for a crime he didn’t commit. By setting it to gritty, urgent funk, complete with cinematic dialogue and a splash of jubilant synths, Wonder remade the topical genre in his image. Make sure you check out the original, seven-minute version on Innervisions, which ends with Wonder dropping the narrative and speaking directly to the listener: “This place is cruel, nowhere could be much colder/If we don’t change, the world will soon be over.”

Curtis Mayfield, “Future Shock” (1973)
From the moment he left the Impressions and set out on his own, Mayfield addressed both inner-city nightmares (“Pusherman”) and aspirations (“Miss Black America”). An ambitious record maker, he often couched those sentiments in sumptuously arranged orchestral soul. But on this track from Back to the World, no amount of strings and blasting horns can hide the pained ache in Mayfield’s voice as he takes note of soup lines and “dope on the street.” His double-tracked falsetto and wah-wah guitar are a bittersweet cry for help in an increasingly distraught landscape. One of his couplets — “We got to stop all men/From messing up the land/When won’t we understand/This is our last and only chance” — also hints, presciently, at climate change destruction.

Marvin Gaye, “Cloud Nine” (1969)
Two years before What’s Going On, Gaye tested the social-consciousness waters with this version of the Temptations’ psychedelic-soul hit from the previous year. Gaye didn’t completely make the song his own, but he clearly connected with the images of a large family growing up in a slum, with little food and little in the way of an escape plan. The cover version now feels like an important step on the way to expressing his own feelings on What’s Going On.

The O’Jays, “For the Love of Money” (1973)
Anthony Jackson’s bubbling-underwater bass line, one of the most instantly recognizable hooks of that era, conjures upscale discos and the moneyed lifestyle associated with them. For the next seven minutes, the O’Jays pick up on that mood by decrying the evil influence of financial greed (“People will steal from their mother/People will rob their own brother”). As the trio sing — sometimes sounding like preachers riffing on a theme — producers Kenny Gamble and Leon Huff never let the groove let up over seven swampy minutes: You can dance and decry capitalism at the same time.

Bill Withers, “Another Day to Run” (1972)
Knottier and more musically complex than his gems “Lean on Me” and “Ain’t No Sunshine,” this Withers deep track places the weariness in his voice in an entirely new, more rattled context. As he paints a portrait of a ravaged society (“Pretty ladies stand in line waiting for inspection/Ragged old men drinking wine trying to drown rejection”), Withers grows more indignant and more tense with each verse. Even the wah-wah guitars (as vital to this genre as mandolin is to bluegrass) sound increasingly unstable as the song goes on. “Another Day to Run” may be slinky, but it doesn’t find anything, even hope, to lean on.

Billy Paul, “Am I Black Enough for You” (1972)
Paul’s landmark hit was his cheating song “Me and Mrs. Jones,” an elegant piece of supper-club soul that was as seductive as its narrator. But the song didn’t prepare anyone for its more propulsive and assertive follow-up. “Am I Black Enough for You” was loud and proud, with a positive and pro-active message as unrelenting as Gamble and Huff’s storming-the-gates production. The groove recalls Stevie Wonder’s “Superstition” — but breaks its own ground as well.

Gladys Knight and the Pips, “This Child Needs Its Father” (1973)
Knight made her rep with a series of poignant, often sorrowful singles — “Midnight Train to Georgia,” “Neither One of Us (Wants to Be the First to Say Goodbye)” — that made the most of her warmly grainy voice. Sounding more wounded and anguished than she normally would, Knight fully inhabits the role of a single mom begging her partner to return: “I’m trying to do the best I can/But I refuse to let this baby hold another man,” she laments. The song tapped into the rise of single-parent households in the Seventies, a number that would double by the early Eighties.

Ohio Players, “What’s Going On” (1974)
In a sign of how deeply Gaye’s song impacted on pop right after its release, the Ohio Players — normally given over to lascivious funk hits like “Fire” and “Love Rollercoaster” — rolled out a warm, reverent cover of the song a year after Gaye’s own. If Gaye’s version felt personal and intimate, the Ohio Players’ rendition turned the song into a multi-voiced declaration of communal spirit, and heavier on the backbeat, too. Their “What’s Going On” was a tribute to both Gaye and to the healing power of the music, especially at that time.

Nina Simone, “The Pusher” (1974)
Classic-rock heads know this song, written by songwriter and actor Hoyt Axton (Gremlins), from its version by Steppenwolf, which played during the opening, drug-deal scene in Easy Rider. Simone slowed it down to an angry simmer and spit out the words, making its takedown of a hard-drug supplier even more scathing. Simone interpreted a number of pop and rock tunes during this time, from the Beatles and Dylan to the Bee Gees, but few were as righteous and indignant as this one, particularly the moment when she wails, “The pusher is a monsta!”

Diana Ross, “Strange Fruit” (1972)
In her first starring role, as Billie Holiday in Lady Sings the Blues, Ross acquitted herself well as an actress and an interpreter of Holiday’s jazz-centric material. By the time the movie was released, people were staring to forget about “Strange Fruit,” the jarring song about a Southern lynching that Holiday had turned into a new American classic in the late Thirties. Ross’ cover recreates the eerily still arrangement of the original recording, and Ross pushes herself outside her comfort zone by tackling Holiday’s swooping phrasing.

Sly and the Family Stone, “Babies Makin’ Babies” (1973)
More a jam than an extended socioeconomic treatise on unwanted teen pregnancies, this track from Fresh, Sly’s last great album, mostly finds him riffing lyrically on the title phrase. But it’s still a treat to hear Sly and his band — which still included his brother Freddie on guitar, sister Rose on keyboards, and trumpeter Cynthia Robinson — vamping, and the uneasy feel of the song echoes the mood of the time.

The Spinners, “Ghetto Child” (1973)
These Michigan pop-soul masters generally weren’t known for socially aware songs, but they made an exception with this tale of a teen runaway who leaves a town “filled with narrow minds and hate” but never quite finds a new home. Producer Thom Bell, a kingpin of the Philly Soul sound, works up his usual suave bounce behind them. As turbulent as its story may be, the song — and co-lead singers Philippé Wynne and Henry Fambrough — glide effortlessly over turbulent waters.