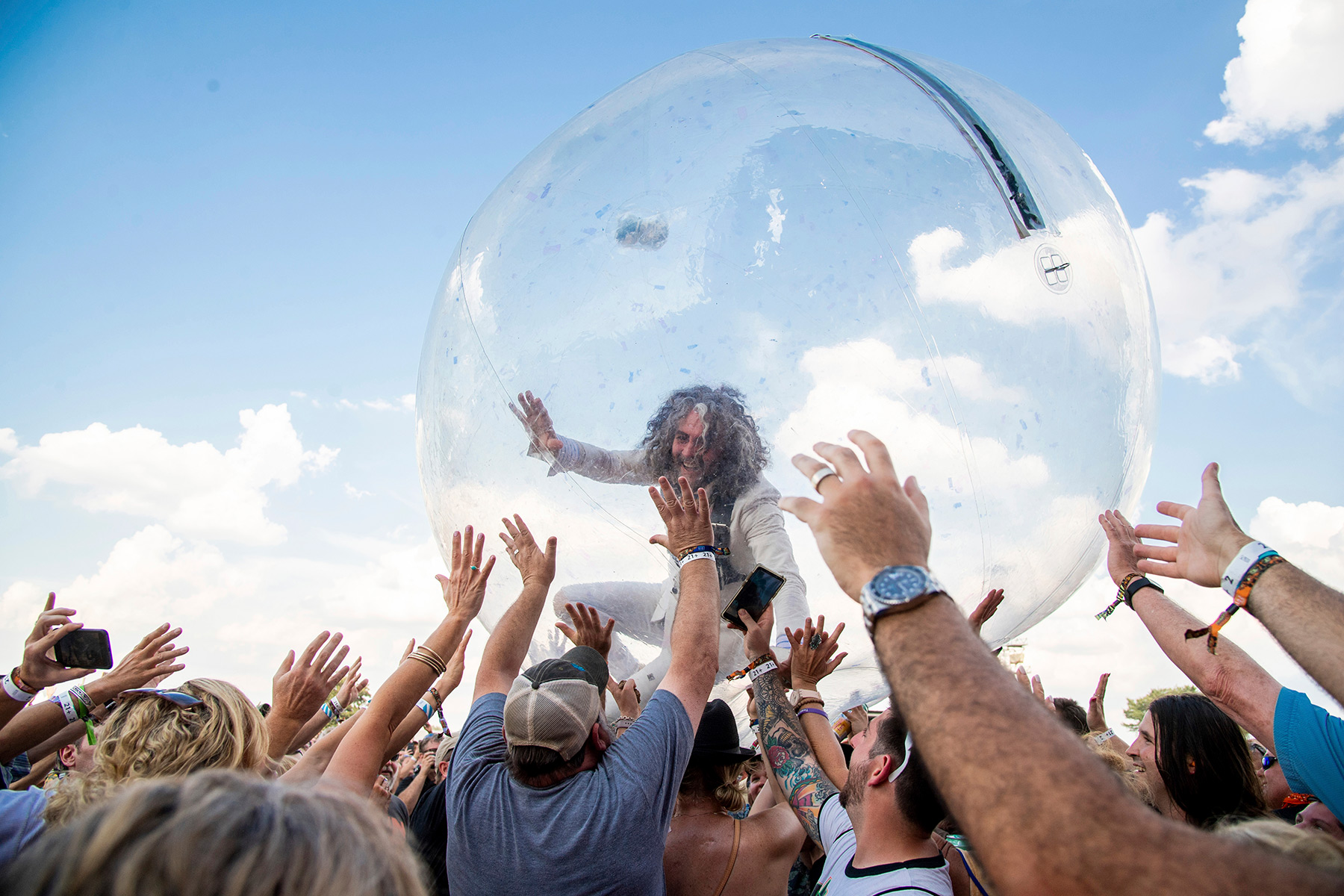 The Flaming Lips are plotting what they hope will be a coronavirus-safe concert in Oklahoma City where the audience will be placed in the giant bubbles favored by frontman Wayne Coyne.

Coyne posted a picture of the potential set-up on Instagram earlier this week, with rows of un-inflated bubbles spread out on a concert hall floor. Coyne then confirmed the band’s plan in an interview with Brooklyn Vegan.

“I mean, it seems absurd, but we at first were just doing it as not a joke, but just as a kind of funny thing, and now it’s becoming kind of serious and real,” he said. “I think that’s kind of the dilemma we’re all in is that are we waiting for it to go back to normal or are we starting to plot, ‘What’s the future look like?’ What is the future of live music?”

The Flaming Lips have yet to announce a formal concert date yet, though Coyne was able to offer a few logistical details: “There’s three people in each of these space bubbles, and we play… We think maybe playing two shows a night, and getting a big audience in there each time.”

Coyne continued: “I mean, you fill them up and people can be in them for quite a while. I don’t think people quite realize that. Since we have some here, we’ve played with them and messed with them for quite a while. I mean, even back in 2006, I would get in one of the space bubbles at the end of our big Halloween parade here, and I would walk down the street for almost an hour in one… I mean, I’m not suggesting the whole world should do it this way. I’m just saying the Flaming Lips can try it this way, and if you like our music, you can come see us. You’ll have to be in one of these space bubbles, but maybe that’ll be a good thing. Maybe that’ll be something different.”

The Flaming Lips previously took this idea for a test run of sorts back in June, when they put a small crowd in plastic bubbles for their performance of “Race for the Prize” for The Late Show’s #PlayAtHome music series.