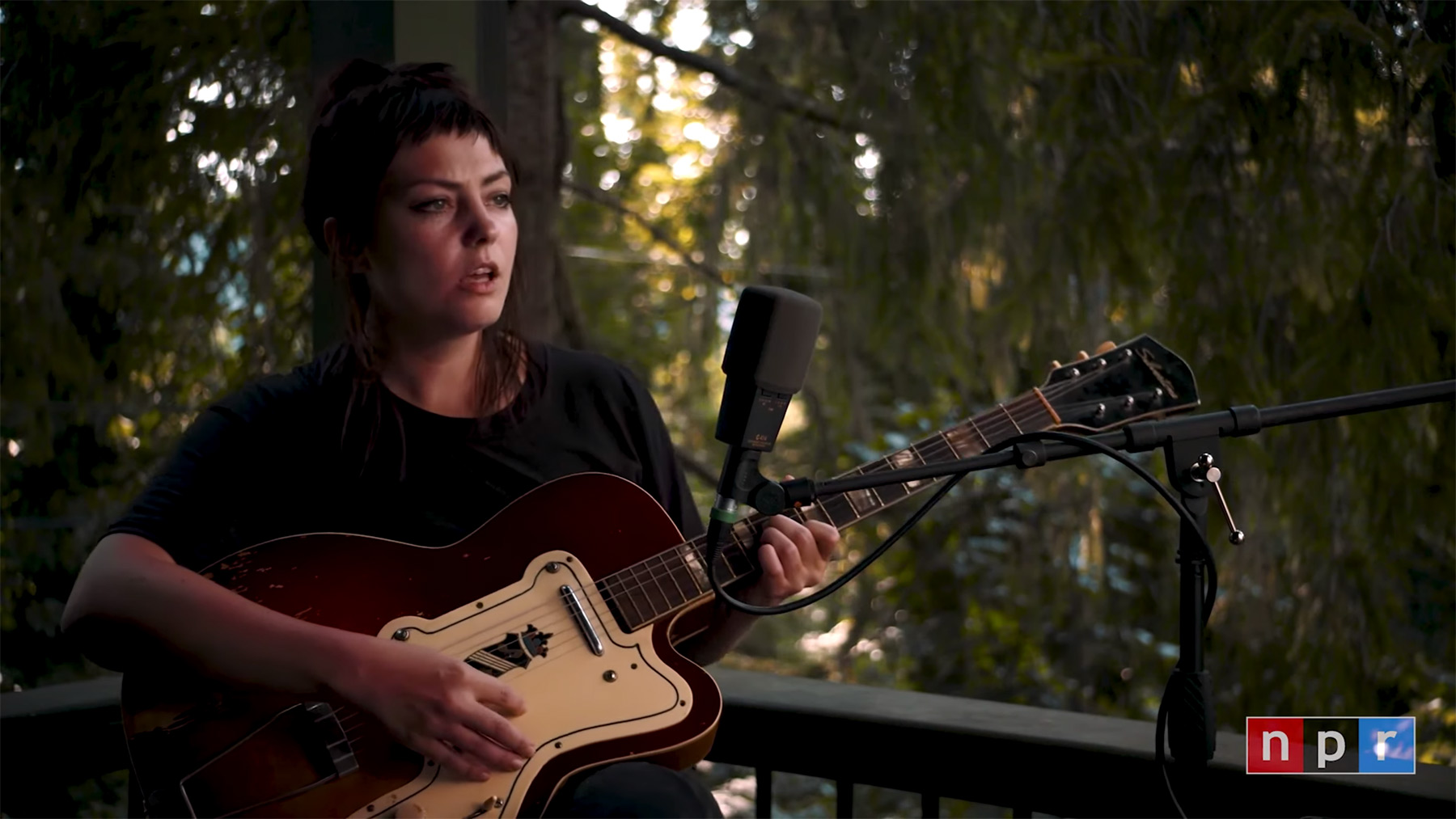 For the four-song set, Olsen delivered “Whole New Mess,” “What It Is (What It Is)” and “Waving, Smiling” — from her similarly stripped-down new album Whole New Mess, an early version of her 2019 LP All Mirrors — as well as “Iota” from her 2014 album Burn Your Fire for No Witness.

Whole New Mess — recorded in the fall of 2018 at Phil Everum’s church-turned-studio in Anacortes, Washington — features the majority of All Mirrors’ songs in their original forms (as well as some new songs); the singer originally planned on releasing both versions simultaneously before opting to separate them.

“In the beginning, I thought it would be cool to have both at once,” Olsen told Rolling Stone in 2019. “But I think it’s more interesting when people can listen back to stuff later that’s the original version, versus it all being compared at once.”