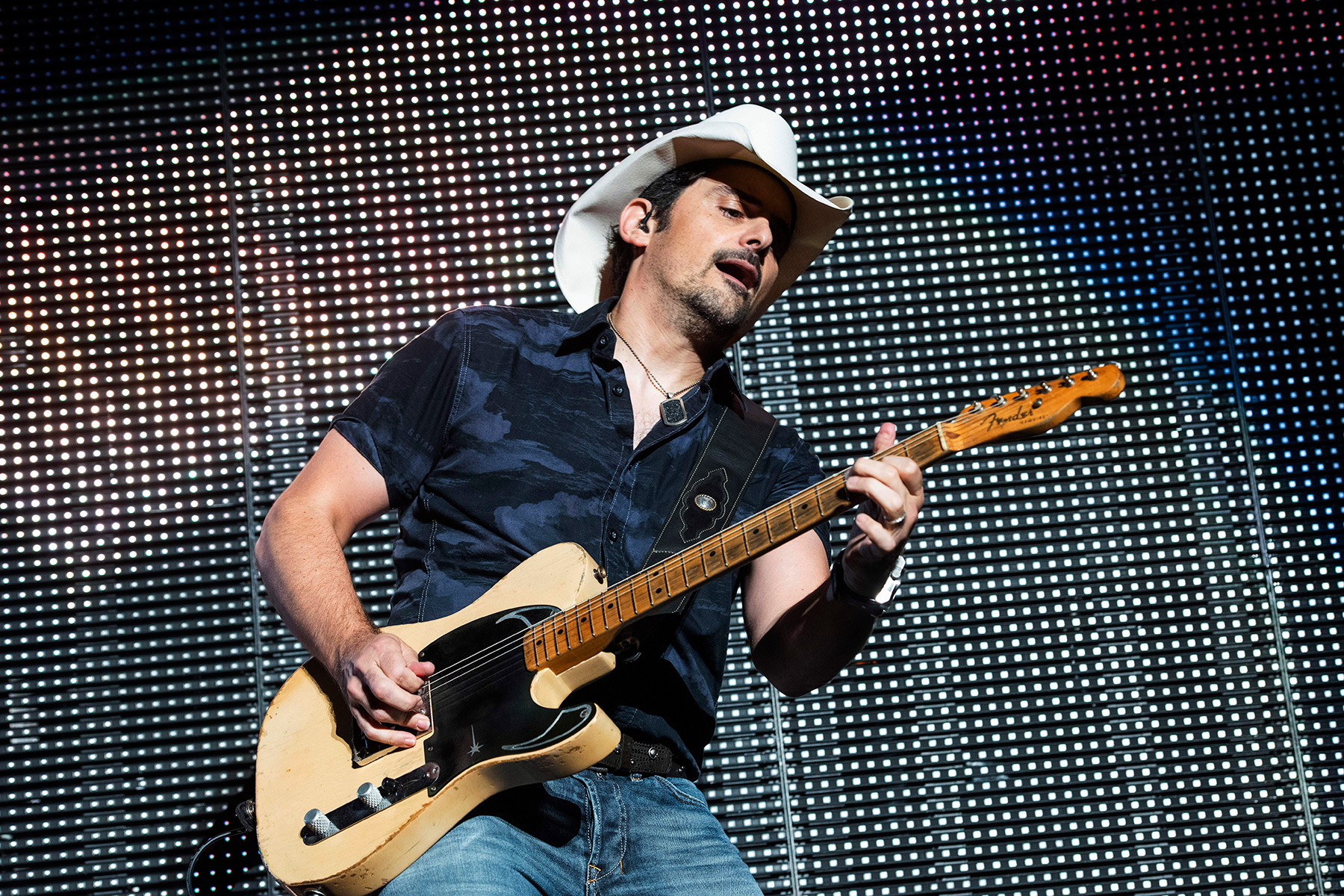 Brad Paisley paid tribute to Eddie Van Halen on Tuesday, following news of the guitarist’s death at the age of 65. The country picker, equally known for his blazing-fast licks and chart-topping hits, was one of many players influenced by Van Halen.

“I loved everything about the fire and style he brought to the guitar,” Paisley wrote. “I studied him, heck everybody did, we all wanted to play just like him. But no one did it quite like him. Thank you Eddie for being a pioneer. It’s unimaginable what the guitar would be without you.”

Paisley has been known to play the occasional Van Halen cover as well. In a 2018 video taken during a benefit concert hosted by Will Ferrell, Paisley is joined by Guns N’ Roses bassist Duff McKagan and Will Ferrell lookalike/Red Hot Chili Peppers drummer Chad Smith for a wild, memorable performance of “Hot for Teacher.”

In the clip, Smith bangs out the breakneck beat while Paisley gets a roar from the crowd when he slides into the main guitar riff. A shirtless Ferrell stalks the stage with a beer in hand, pretending to be Paisley’s cousin Gary and howling his way through the spoken-word sections. Playing straight man to Ferrell’s jokester, Paisley does some admirable shredding and Van Halen finger-tapping during the guitar solos and sings the chorus parts as well. “Eddie, your influence will live on forever,” he wrote, sharing a snippet of the performance on Instagram.