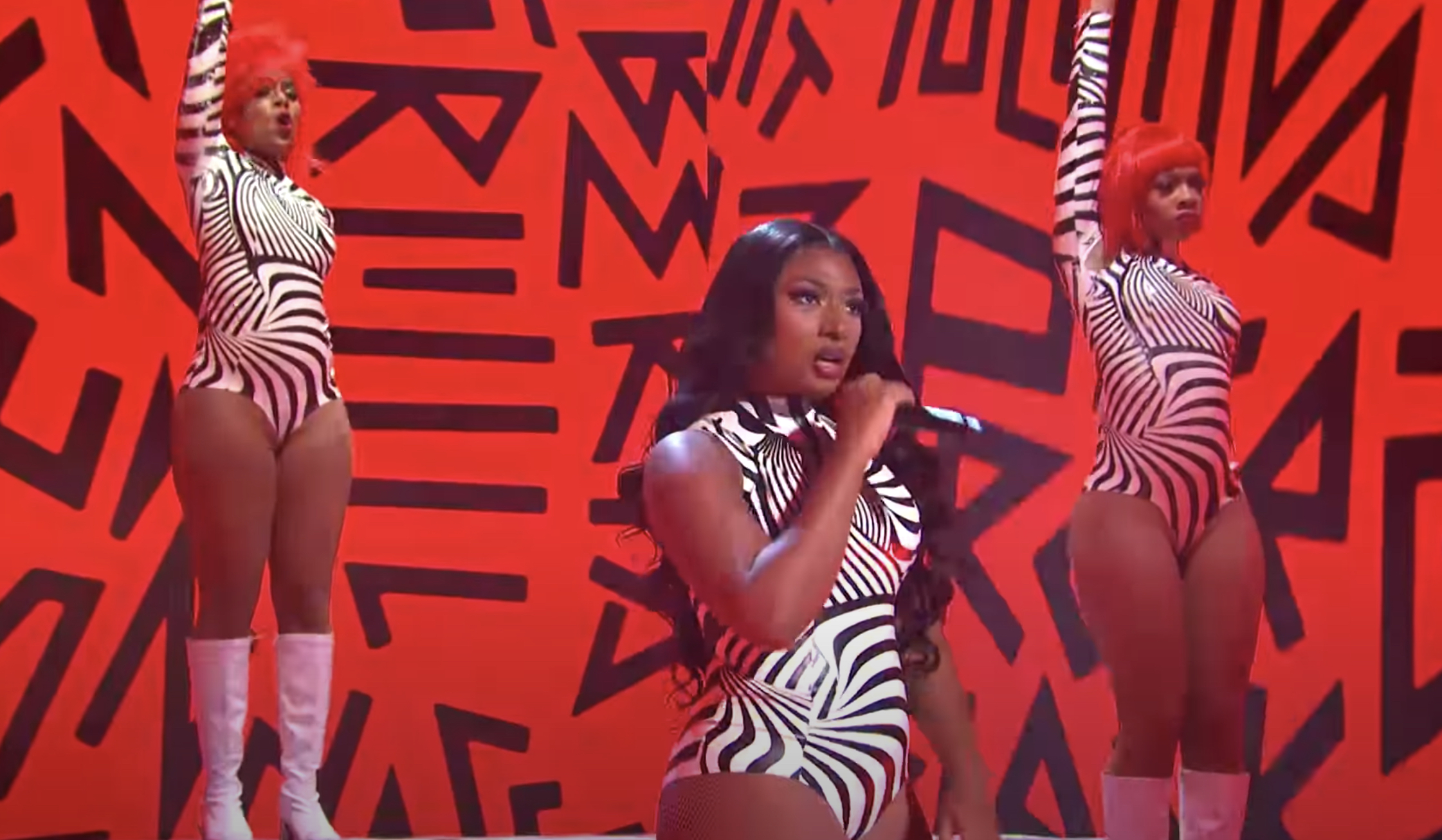 Midway through the rendition of “Savage,” gunshots stopped the performance and, through audio clips, Megan Thee Stallion slammed Kentucky Attorney General Daniel Cameron, who recently opted not to pursue any major charges against the police officers responsible for the death of Breonna Taylor.

“Daniel Cameron is no different than the sellout negroes that sold our people into slavery,” activist Tamika Mallory says in one of the clips played mid-song; audio clips from Malcolm X and others also played during the SNL performance.

“Savage” then resumed, with the message “Protect Black Women,” appearing on the video screens in the song’s closing moments.

As part of her musical guest duties, the rapper was also enlisted to add a verse to Chris Redd, Pete Davidson and Kenan Thompson’s “Hello” musical spoof, as well as appear in a sketch about women competing to enter the NBA Bubble: