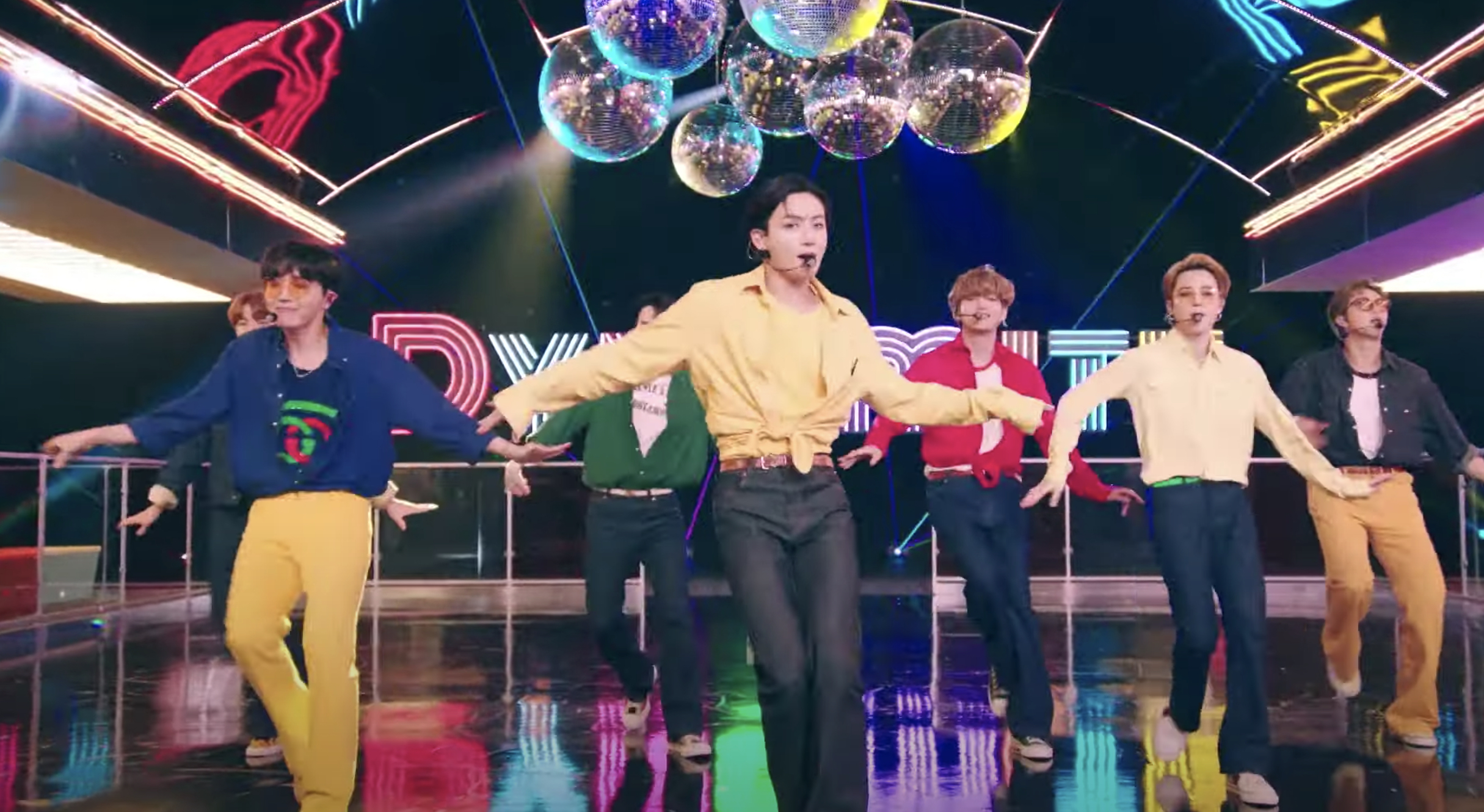 For the pre-taped performance, the K-pop act conjured up disco days as BTS piled onto a dance floor under a half-dozen mirrorballs to deliver their latest single. The performance then concluded with a group rollerskating session.

“I wanted to take a moment and thank the band — not only for their interviews and the games — but every single night there’s been an incredible, spectacular, beautifully directed, choreographed, produced performance, and they’re raking up millions of views on YouTube,” Jimmy Fallon said, also thanking the BTS Army, “the most loyal, positive and fun fans that you can ever dream of.”

BTS kicked off their Fallon residency on Monday, performing “Idol” outside the Gyeongbokgung Palace in Seoul, South Korea as well as a rendition of “Dynamite” with the Roots. On Tuesday, they performed “Home” from the 2019 EP Map of the Soul: Persona. Wednesday brought “Black Swan” and Thursday featured “Mikrokosmos” and the Zoom Olympics bit.

The group recently announced the November 20th arrival of their new album BE, which will be preceded by their Map of the Soul online concerts on October 10th and 11th.