Microsoft, why is there an abyss in the middle of Brazil? 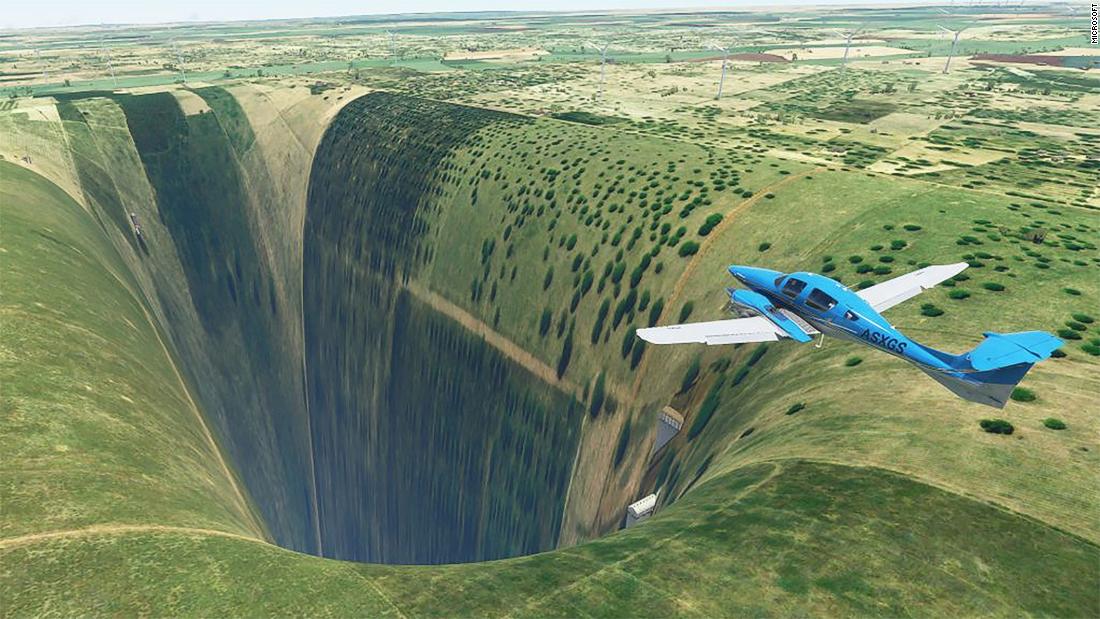 The sim gives its users the ability to fly anywhere in the world, with our planet reconstructed with real-time weather conditions using Microsoft Bing mapping technology.

So it’s a little surprising that a huge terrifying abyss has opened up in the middle of Brazil.

Reddit user ReversedWindow appears to have been the first to report the freaky discovery and was brave enough to pilot an airplane down it.
Turns out it gets stranger: There’s a whole airport down there. The above YouTube video by Kwad Damage shows this remarkable journey to the center of the Earth, while the screengrab at the top is from PC Gamer’s Christopher Livingston’s adventure.

The airport in question is Lagoa Nova, which in the real world is a little airstrip in Rio Grande de Norte and not an actual hellmouth.

To get to the chasm in the sim, you just need to set Lagoa Nova as your destination.

PC Gamer magazine speculates that the glitch is most likely due to a typo and that the airfield’s elevation above sea level may be mis-entered in a spreadsheet somewhere.

It’s already been noted that the program has some quirky dimensions.

CNN Travel reported last month that if you chart a route over the North Pole, you can fly beyond the realm of Bing Maps.

“As we flew over the North Pole we were looking at different weird map structures that may have just been glitches or may have been the video game filling in, but we didn’t know where we were,” content creator and streaming host Bruce Greene told CNN.

It’s said that when Alexander the Great saw the breadth of his empire, he wept hot tears because there were no more worlds to conquer.