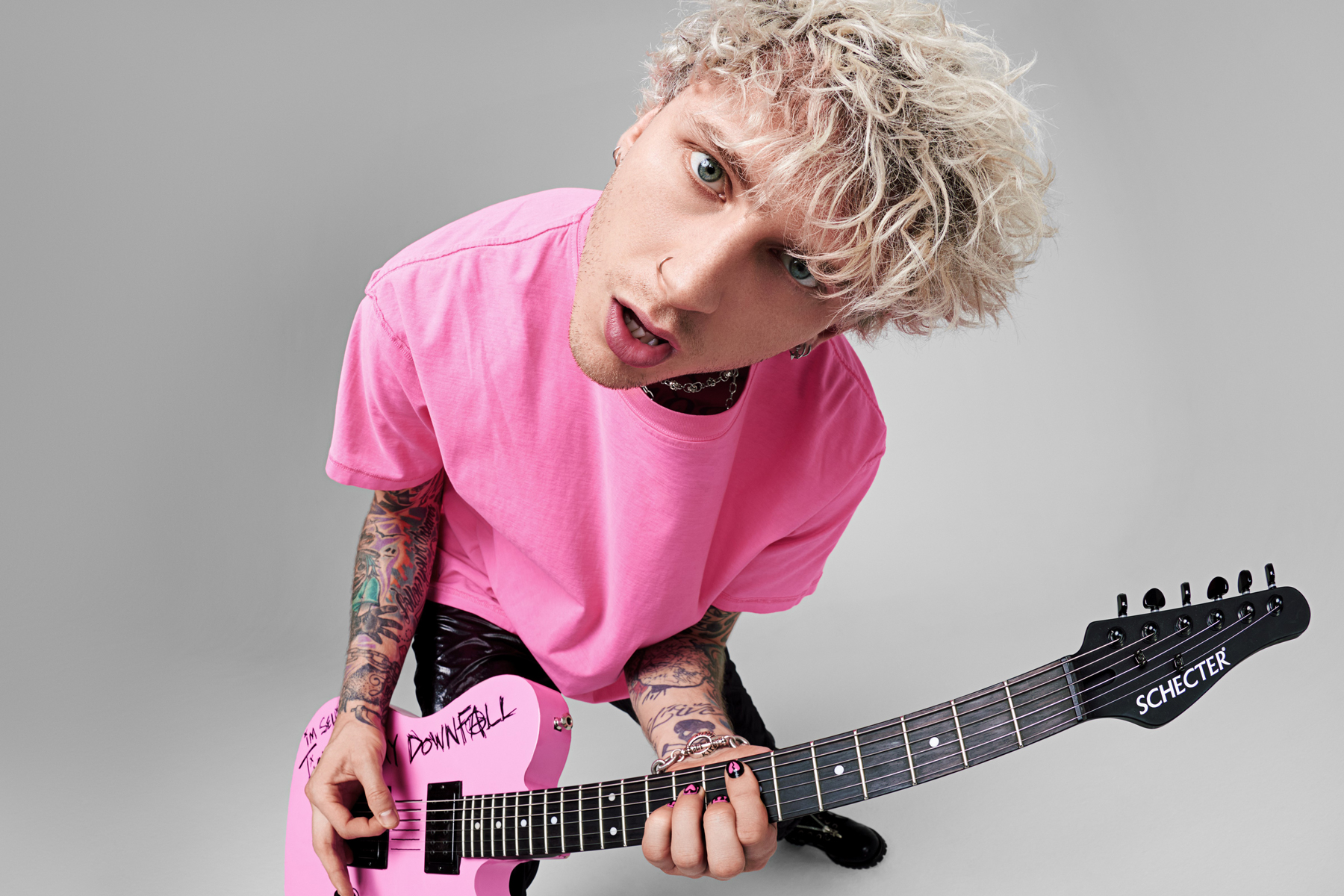 Machine Gun Kelly made his name as a Cleveland rapper known for his high-adrenaline rhyming style and occasional beefs with Eminem. But on Tickets To My Downfall he tries a new gambit that works surprisingly well, switching to late-Nineties/early-2000s pop punk, with Blink 182’s Travis Barker producing and playing drums. Trashily lachrymose and full of easily digestible angst, it’s a record festooned with indie-signifying titles “Bloody Valentine” and “Jawbreaker,” though its cover photo of Kelly looking defiant and tortured holding a pink guitar by an empty pool gets close to its emotional center and musical appeal.

The crisp hooks and cheerily bracing guitars of songs like “Kiss Kiss,” “Drunk Face” and “WWIII” are straight out of the Blink playbook. Yet, Kelly draws his brat-rock energy from a less snotty, more genuinely damaged school of emo-informed hard knocks. “I use a razor to take off the edge,” he sings with a snarl on “Title Track,” going on to list the drugs he takes to dull his pain (a frequent MGK theme on previous records) as sugar-sharp guitars chase him from slashing verse to engagingly whiny chorus. The darker lyrics mark his own little line in the sand between the goofy largesse of the Cali-core his new music can recall and a more genuinely damaged-seeming kind of bellyaching that reflects his harder Rust Belt roots.

Barker and Kelly throw in a few clever musical flourishes around the margins. Halsey swings by to shout it out with glorious firepower on the jauntily heartbroken high point “Forget Me Too,” rapper Trippie Redd sings along on “All I Know” and the meaty guitars interact with trap drums on “My Ex’s Best Friend,” featuring Florida emo-rap guy Blackbear. Despite its I’m a big drunk mess lyrical monomania, the record never gets bogged down. Even the 21-song deluxe edition keeps the energy going, capped off with an ace, genuflecting cover of Paramore’s  classic “Misery Business.” Clearly, this is the work of a guy who’s found a fresh lease on life by inserting himself inside a new musical tradition.