To celebrate what would have been John Lennon’s 80th birthday on October 9th, the Morrison Hotel Gallery announced the exhibit In His Life. The show opens Thursday, online and at the Morrison Hotel’s New York and Los Angeles locations by appointment only.

The exhibit traces Lennon’s beginnings with the Beatles in Liverpool, England, their rise to global fame and moments throughout their eight-year career — including their trip to India in 1968 and the making of the White Album. It documents Lennon’s relationship with Yoko Ono, the several years he spent as a stay-at-home dad to Sean Lennon, and his final years in New York City.

“I had taken several individual photographs of Yoko when John suggested that he be included in the photos with her,” Monaster tells Rolling Stone. “I then took photos with them together: one sitting on a spiral staircase, another with the two of them inside. Two full life black bags, which was one of Yoko’s art forms, and another with John holding her close to him. After I had taken the photograph of them, I sensed the great love they shared. Then I asked them to sit back to back with their heads touching one another. This became two souls meeting as one.”

Also included in the exhibit are original handwritten lyric sheets of the White Album songs “Yer Blues,” “I’m So Tired,” and “Dear Prudence,” as well as the solo track “Watching the Wheels.” Limited edition art prints are available.

In His Life is one of the many events planned for Lennon’s birthday. His family will release the solo box set Gimme Some Truth. The Ultimate Mixes, out October 9th, while Sean Lennon will interview Paul McCartney and Elton John for a BBC radio special on October 3rd and 4th. Peter Gabriel, KT Tunstall, and more will also perform a livestream concert from London’s Hard Rock Hotel. 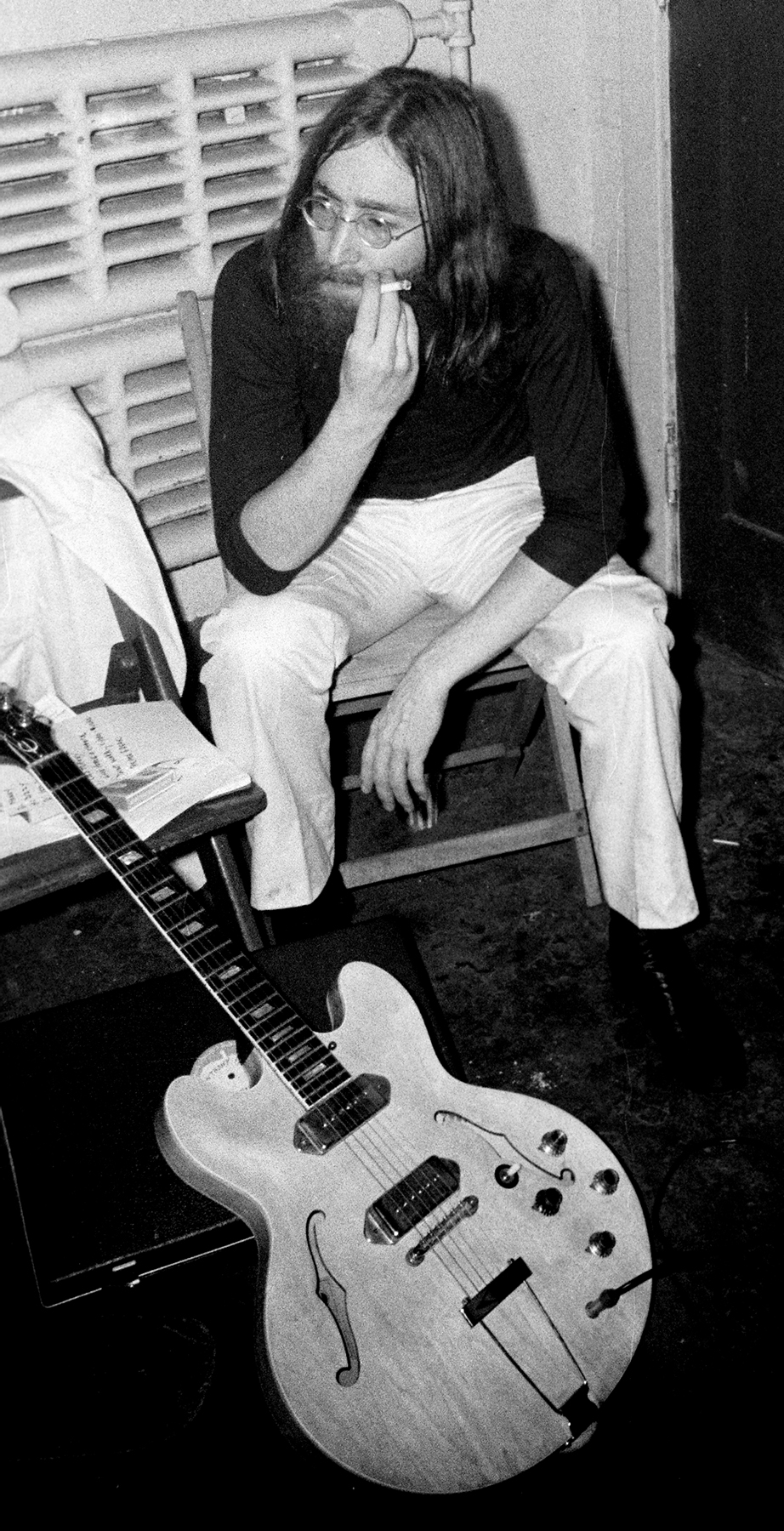 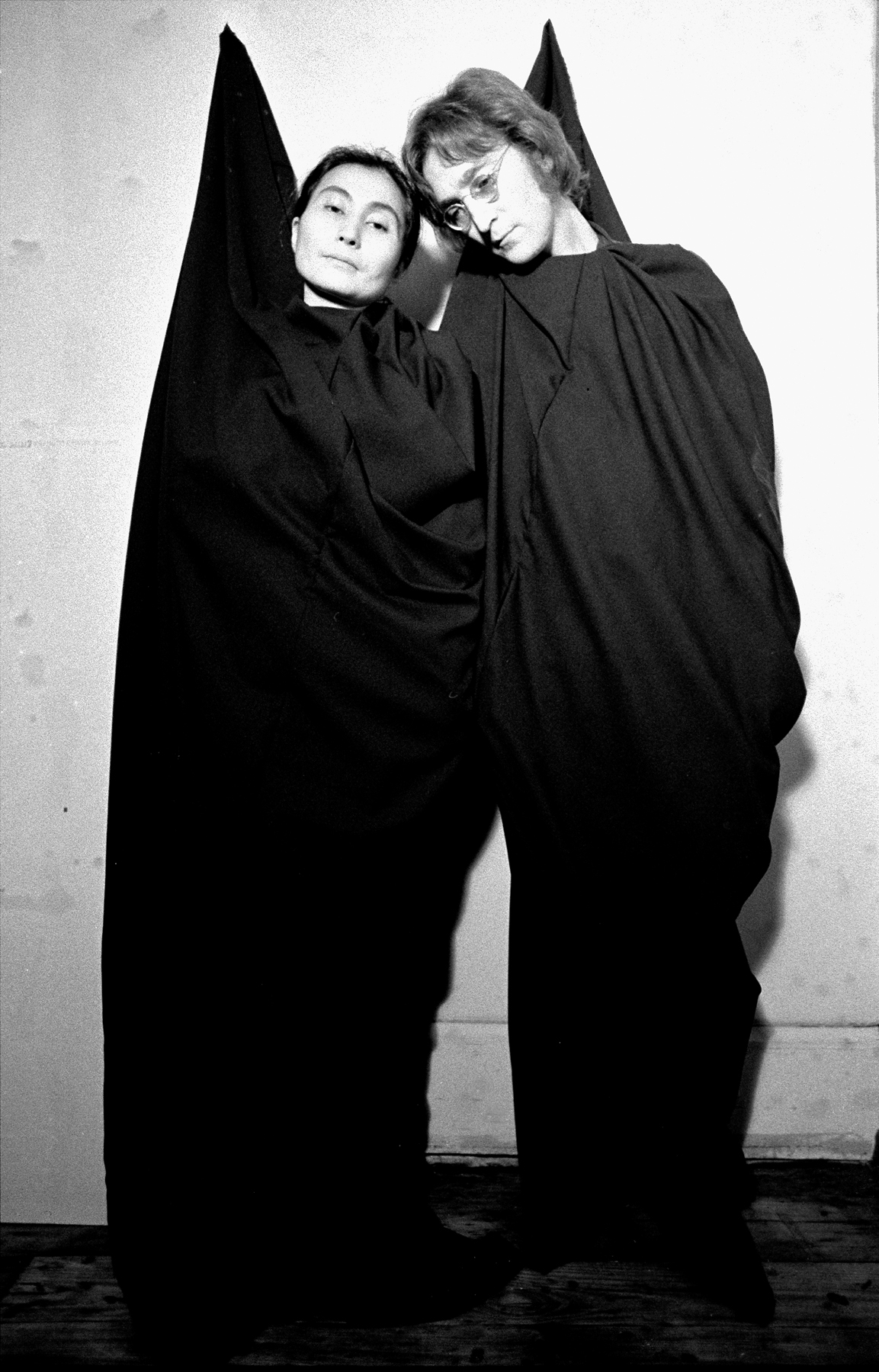 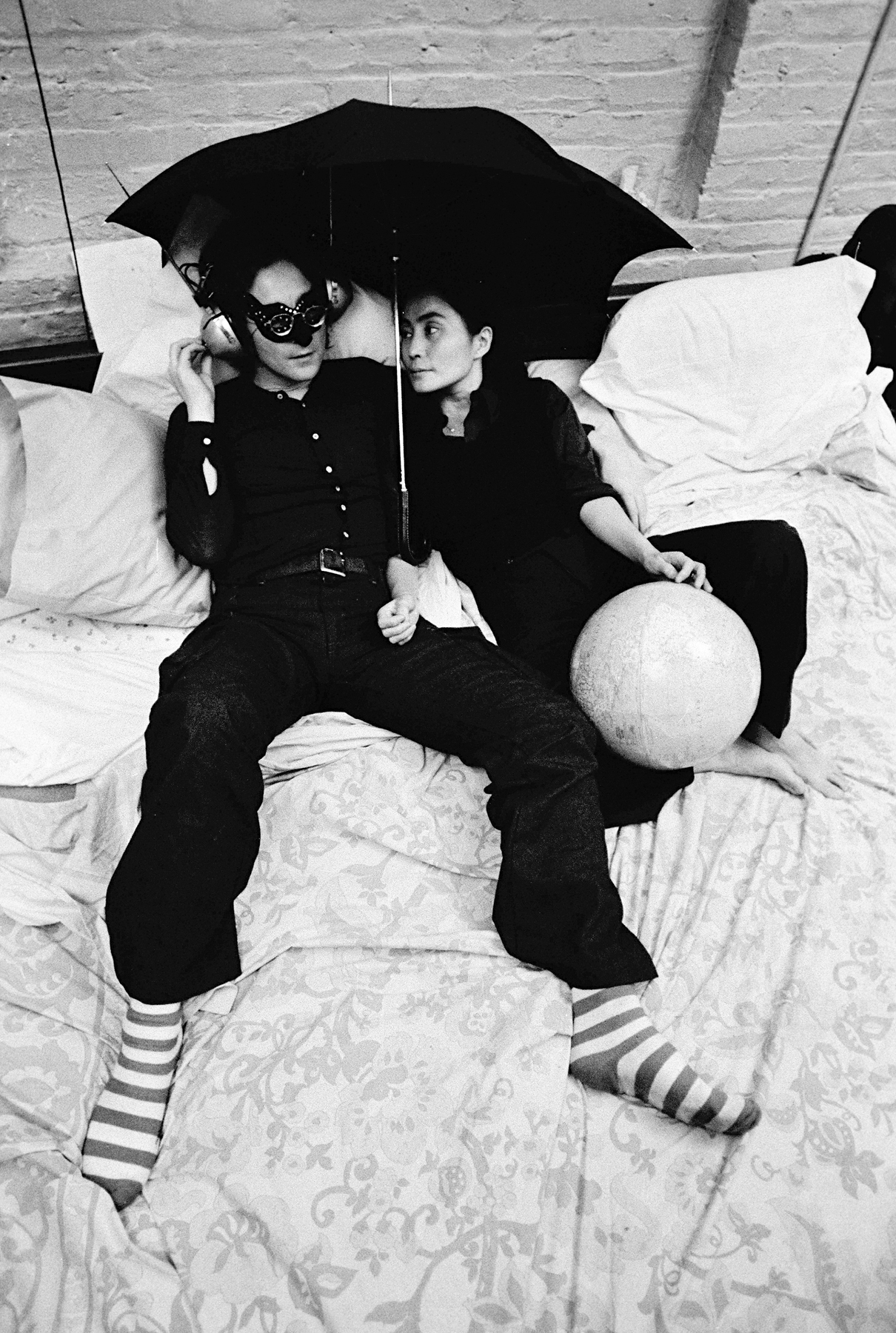