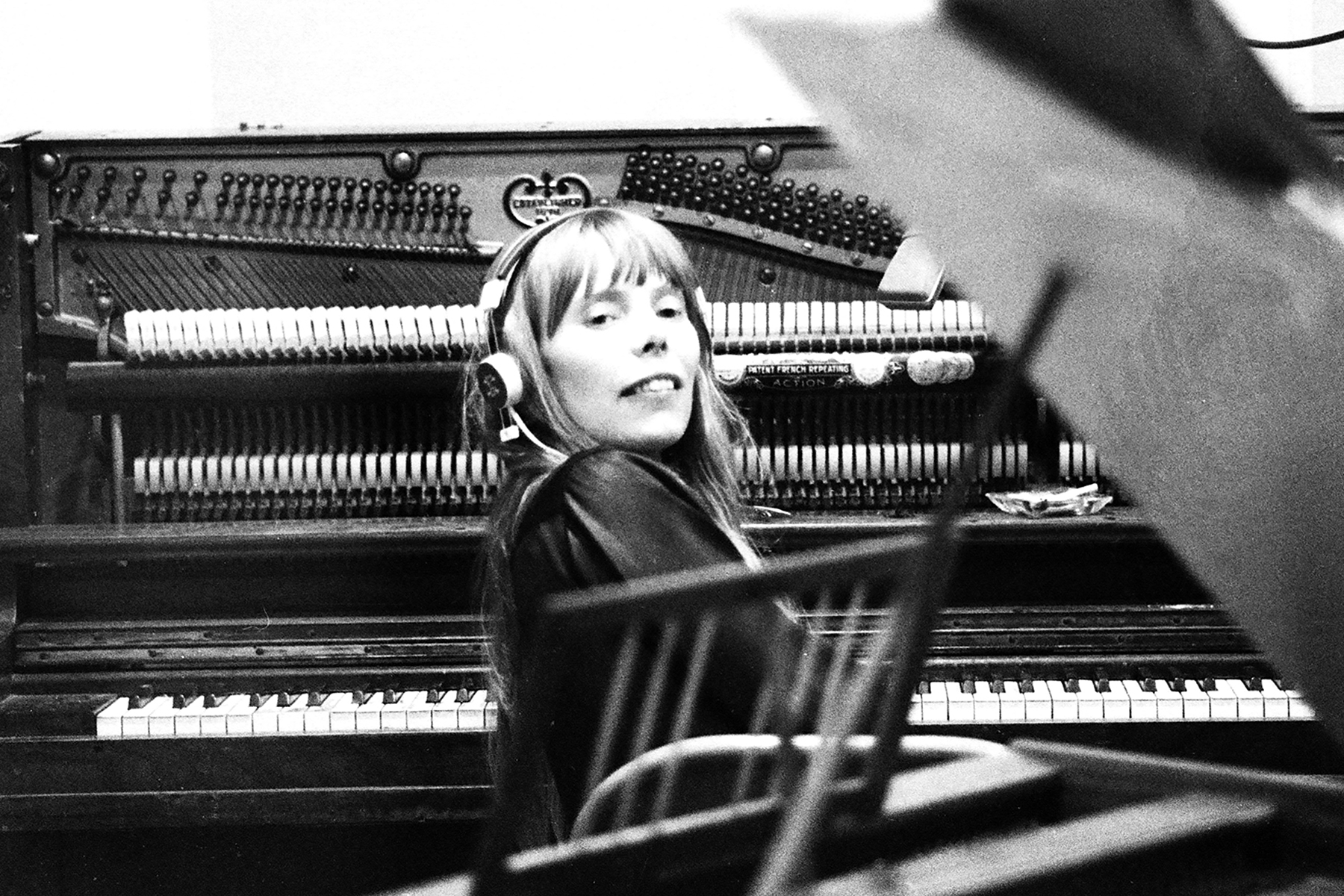 The recording is from August 24th, 1965, off a demo she recorded for Jac Holzman, co-founder of Elektra records. It opens with Mitchell on acoustic guitar as she sings the first verse: “Day after day/Miles and miles of railroad track/Night after night/Hummin’ of the wheels.”

“It was my firstborn,” Mitchell said of the song. “I didn’t know whether it was a good song or a bad song. It was just the first one that came out.”

The set from the Holzman demo also includes “What Will You Give Me,” “Let It Be Me,” “The Student Song,” and “Like the Lonely Swallow.” It appears on the second disc of the collection, just after a Detroit tape she made for her mother’s birthday.

The release of “Day After Day” follows “House of the Rising Sun,” her earliest-known recording from 1963. The Early Years (1963-1967) contains six hours of previously unreleased home, live and radio recordings and features 29 unreleased songs. Cameron Crowe wrote the liner notes, included alongside a 40-page booklet.

Two performances from the collection — live at CFQX AM radio station in 1963 and at Canterbury House in 1967 — are also sold separately. All are available for preorder on Mitchell’s website.