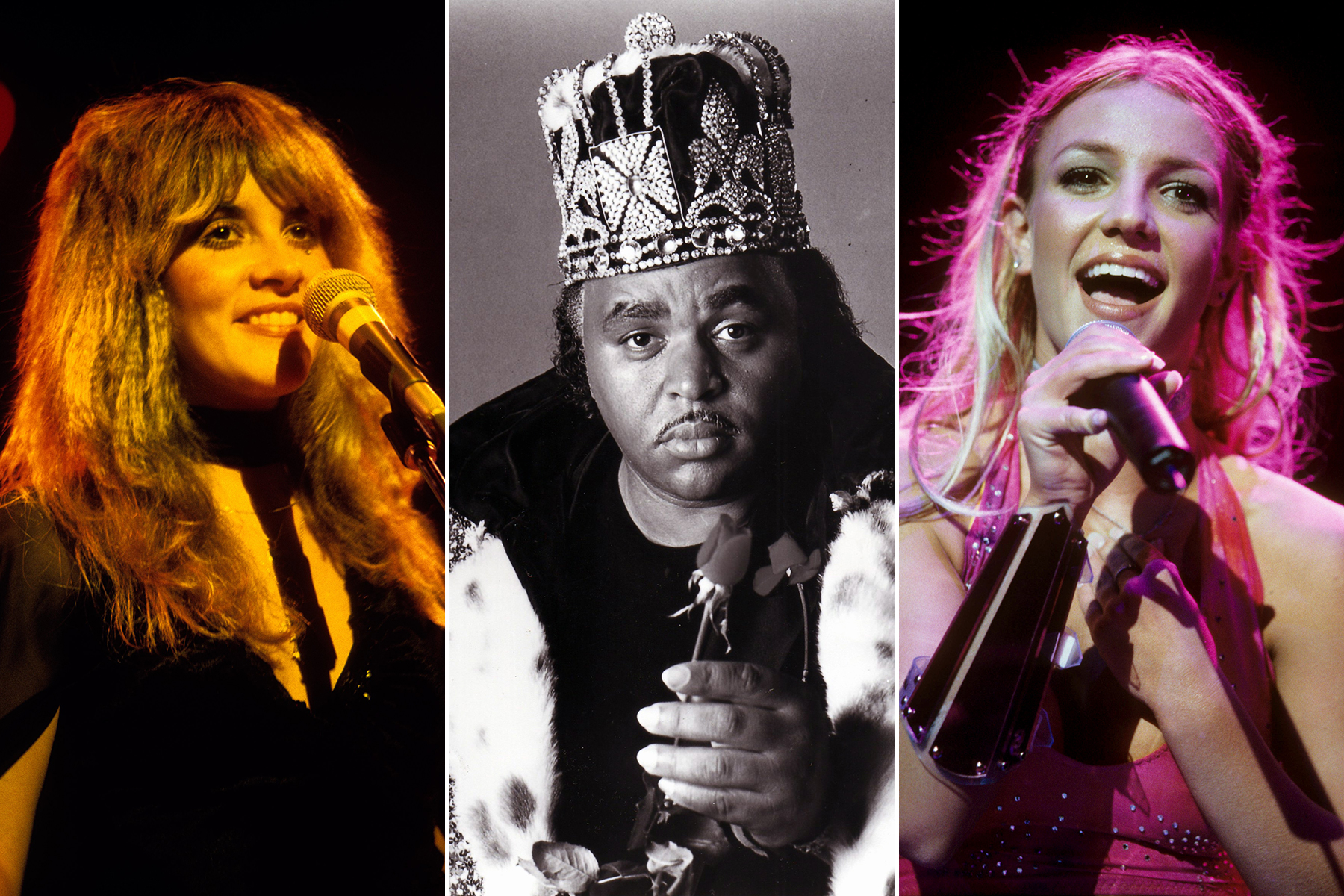 When Record Store Day announced this year’s event will be spread in three “drop” dates — August 29th, September 26th, and October 24th — we knew we had to organize three separate lists to highlight the event’s spectacular releases. The September drop, which occurs on Saturday, features classics (alternate takes of Fleetwood Mac’s Rumours) as well as records that have been unavailable for years (Nas’ God’s Son). It’s a great way to support your favorite record store, and these drops will allow the largest number of them to partake. Here are our favorites.

The Replacements, The Complete Inconcerated Live

“This is, like, a new single kind of thing,” Paul Westerberg says before introducing “Achin’ To Be” halfway through the Replacements’ 1989 show in Milwaukee. If this latter-day ‘Mats set displays the band’s ambivalence about the newly commercial sounds of their brand-new Don’t Tell a Soul, it also shows the famously hit-or-miss live band putting on an unusually focused live set. Westerberg fires off improvised lyrics about David Bowie’s dressing room (“Bastards of Young”) and shouts out local Wisconsin rocker Sammy BoDean (“Can’t Hardly Wait”) as the band steamrolls through highlights mainly from their new album, plus Tim and Pleased To Meet Me (or, as Westerberg called it that night, Pleased to Employ Me). Select songs from this show were first made available in the band’s 1989 Inconcerated Live EP, and the full show was released as part of 2019’s Dead Man’s Pop box, but this three-LP vinyl release is the first time this legendary latter-day Replacements gig is available as a stand-alone collection. —Jonathan Bernstein

What better way to celebrate fall than with alternate takes of Rumours? Taken from the 1977 album’s deluxe edition and on vinyl for the first time, the versions include a demo of “The Chain” and early versions of “I Don’t Want to Know,” “Gold Dust Woman,” and more. The collection stays true to the original tracklist, so sadly, you won’t find the B side “Silver Springs” on here — but at least we get Stevie Nicks and Lindsey Buckingham duetting on “Never Going Back Again.” The record arrives just before Nicks’ concert film, 24 Karat Gold, so you can emotionally prepare. — Angie Martoccio

Britney Spears, Oops!… I Did It Again (Remixes and B-Sides)

One year after the album …Baby One More Time turned Britney Spears into one of the biggest phenomenons in pop history, she came back “Stronger” than ever with Oops!… I Did It Again. The powerhouse album celebrated two decades earlier this year, and Record Store Day is continuing the celebration with a special vinyl release. The LP will feature eight rarities: four remixes of the album’s singles and a quartet of B-sides that have never been released in the U.S. before, including a cover of family band the Jets’ 1986 hit “You Got It All.” — Brittany Spanos

Various Artists, Behind the Dykes: Beat, Blues and Psychedelic Nuggets From the Lowlands 1964-1972

Lenny Kaye’s original Nuggets comp made garage-rock curiosities into bona-fide classics, so digging into this Dutch-focused compilation may unearth some lost treasures. The only familiar name here is Shocking Blue, since Nirvana turned their clog-stomping rocker “Love Buzz” (included on Behind the Dykes) into an ominous grunge opus and released it as the A side to their debut single. The rest will be uncharted territory to most listeners. —Kory Grow

Curren$y had bounced around the rosters of both No Limit and Cash Money — his New Orleans hometown’s two biggest rap institutions — for a few years without much success before he relaunched his career with this independently-released 2010 album. A decade later, it’s still a blast to hear him stretch out over producer Ski Beatz’ jazzy instrumentals, every bar bursting with lazy, hazy conversational charm (“Example,” “Audio Dope II,” “Roasted”). Pilot Talk is a stoner-rap classic for those in the know, and RSD is a good chance to get familiar if you’re not. — Simon Vozick-Levinson

It’s always worth throwing on a Dirty Three album, but there’s something — OK, a lot of things — about 2020 that makes it seem like an unusually apt moment to re-immerse in the Aussie trio’s mournful yet combustible instrumental dirges for violin, guitar, and drums. Fortunately, they’re reissuing their crushingly gorgeous 1998 epic Ocean Songs on double vinyl (colored ocean blue, naturally) for this week’s RSD drop, along with a bonus two-LP set containing a 2009 live performance of the full album (on sure-to-be-lovely transparent-violet vinyl), with partner-in-gloom Nick Cave on guest piano. Cue these up and stage an existential dance party in your living room this winter. — Hank Shteamer

When the Rolling Stones stepped onstage at Philadelphia’s Veterans Stadium on August 31st, 1989, they hadn’t been on tour in seven years. During that hiatus, Mick Jagger and Keith Richards went solo, traded insults in the press and released some mediocre Stones music. But none of that mattered anymore when the band played an epic 28-song set with rarities like “Ruby Tuesday,” “Dead Flowers,” “Paint it Black,” and “2000 Light Years From Home” — not to mention a production that defined the future of stadium tours. This newly-released set, originally broadcast on pay-per-view, captures the band in Atlantic City toward the end of their 60-date run through North America that year. The show includes an iconic version of “Salt of the Earth” with Axl Rose and Izzy Stradlin, and a swaggering “Boogie Chillen’” with Eric Clapton and John Lee Hooker. “We never realized just what the scale of this thing would become,” Richards wrote later. “How did it get so big when we’re not doing anything much different than what we did in 1963 in the Crawdaddy Club?”  — Patrick Doyle

Nas was at the peak of a comeback, thanks to a timely feud with Jay-Z, when he made this album in 2002. He’s in the zone on “Made You Look” and the James Brown-sampling “Get Down,” convincingly inspirational on “I Can,” and holds his own with 2Pac’s ghost on “Thugz Mansion (N.Y.).” The album has been unavailable on vinyl for years, and now it’s back as a blue-and-white swirl double LP. — S.V.L.

Recorded in August 1997, a few months before Dinosaur Jr. temporarily went extinct, this record features J Mascis & Co. playing hits (“Freak Scene,” “Feel the Pain”) and blissing out. The fact that Side Two of this LP contains only three songs, including “Sludgefeast,” shows just how much they were feeling their jammy side toward the end. The only head scratcher here is why the record inexplicably comes on marbled chocolate covered vinyl and not Swedish fish red. — K. Grow

Thirty years ago, Roger Waters celebrated the fall of the Berlin Wall by staging Pink Floyd’s 1979 masterpiece The Wall in front of 500,000 euphoric German fans. He was joined by an incredible lineup of guests that included Van Morrison, the Band, Bryan Adams, Cyndi Lauper and the Scorpions. This new pressing of the resulting live album is on 180g clear colored vinyl. — Andy Greene

Originally released on CD as a tie-in with an issue of the U.K. music magazine Uncut last fall, this Wilco covers set features an eclectic roster of indie all-stars paying tribute to the kings of Chicago. Highlights include Courtney Barnett’s pleasantly frazzled “Dawned on Me,” a very Kurt Vile “Passenger Side,” Mountain Man’s sweet “You and I,” and a loose, live-band “Spiders (Kidsmoke)” from Chicago’s own Twin Peaks. If that isn’t enough to tempt you, the RSD vinyl version also has a couple of bonus tracks that weren’t on the CD, including what is surely a smokin’ cover of A.M. standout “Casino Queen” by ZZ Top’s Billy F. Gibbons. — S.V.L.

Solomon Burke, Back to My Roots

By 1975, Solomon Burke was searching for a reboot. His Southern soul had long fallen out of favor on the R&B charts, so Burke signed with Chess Records for a series of albums where the singer tried to slyly modernize his back-to-basics approach towards R&B. The second album, 1976’s Back To My Roots, which has long been out of print (and is not currently available on Spotify), will receive a long-overdue limited-run vinyl pressing for Record Store Day. The collection is spotty at points, but there are plenty of highlights on this LP written almost entirely by Burke, from the slow-burn slow jam of “Over and Over” to the declarative title track. — J. Bernstein

McCartney’s classic 1970 debut captures him at a turning point, with “Maybe I’m Amazed,” “Junk,” “Every Night,” and other songs written and recorded on his own just before the Beatles fell apart. Its unpretentious, homemade sound came in for some harsh reviews at the time of its release, but subsequent years have confirmed it as one of McCartney’s best and most influential solo works; these days, its DIY simplicity sounds timeless. If you don’t already have this one in your collection, this audiophile pressing for RSD is a good choice. — S.V.L.

The Boys Next Door were the Birthday Party before Nick Cave and the gang got deep into Dostoyevsky and drugs and changed their name. Cave was only 20 when the band recorded their debut, Door, Door, and the music doesn’t cut as deep as the records they’d make after moving to London. Nevertheless, the LP has attracted a cult following — the Rowland S. Howard–penned “Shivers” is an anxious masterpiece — and since it has gone in and out of print several times over the past four decades, it’s best to grab it while you can. In fact, this is the first official North American release. — K. Grow

Ol’ Dirty Bastard, Return to the 36 Chambers: The Dirty Version

This 25th-anniversary reissue of Ol’ Dirty Bastard’s outrageous debut comes as a box set of nine 7″ singles, which means you’ll have a fair amount of getting up to change the record if you want to hear “Brooklyn Zoo,” “Shimmy Shimmy Ya,” and “Raw Hide” in one sitting. That said, the blue, yellow, and white vinyl presentation should make this a cool collector’s item for any fan of the inimitable id of New York rap in the Nineties. — S.V.L.

Colorful country performers Paul Cauthen and Orville Peck make for unlikely collaborators on a new, limited-edition debut 7″ single. Billed as “the Unrighteous Brothers,” the Texas wildcard and the masked cowboy turn in loving covers of the Righteous Brothers classics “You’ve Lost That Lovin’ Feeling” and “Unchained Melody” that don’t hold back on the youthful, starry-eyed melodrama. The recordings, with production by Butch Walker and Beau Bedford, are equal parts wonderful and weird — a case of two distinctive, perfectly matched singers bringing their A-game. As a bonus, proceeds from sales of the collaboration will go to MusiCares to help musicians in need. —Jon Freeman

Whether you’re a cool parent or just someone who’s really into glockenspiels and whistles, you’ll enjoy the latest installment in the long-running lullaby covers series. (If you’re about to ask whether the Clan’s energy is really suited for naptime, you must not have heard Rockabye Baby’s soothing Pearl Jam, AC/DC, or Metallica editions.) Side A focuses on instrumental selections from Enter the Wu-Tang: 36 Chambers (“Protect Ya Neck,” “Da Mystery of Chessboxin’,” “Bring Da Ruckus”), while Side B branches out into later material (“Gravel Pit,” “Triumph”). No word was available at press time on whether this LP also contains cute, kid-friendly samples from old kung-fu movies. — S.V.L.