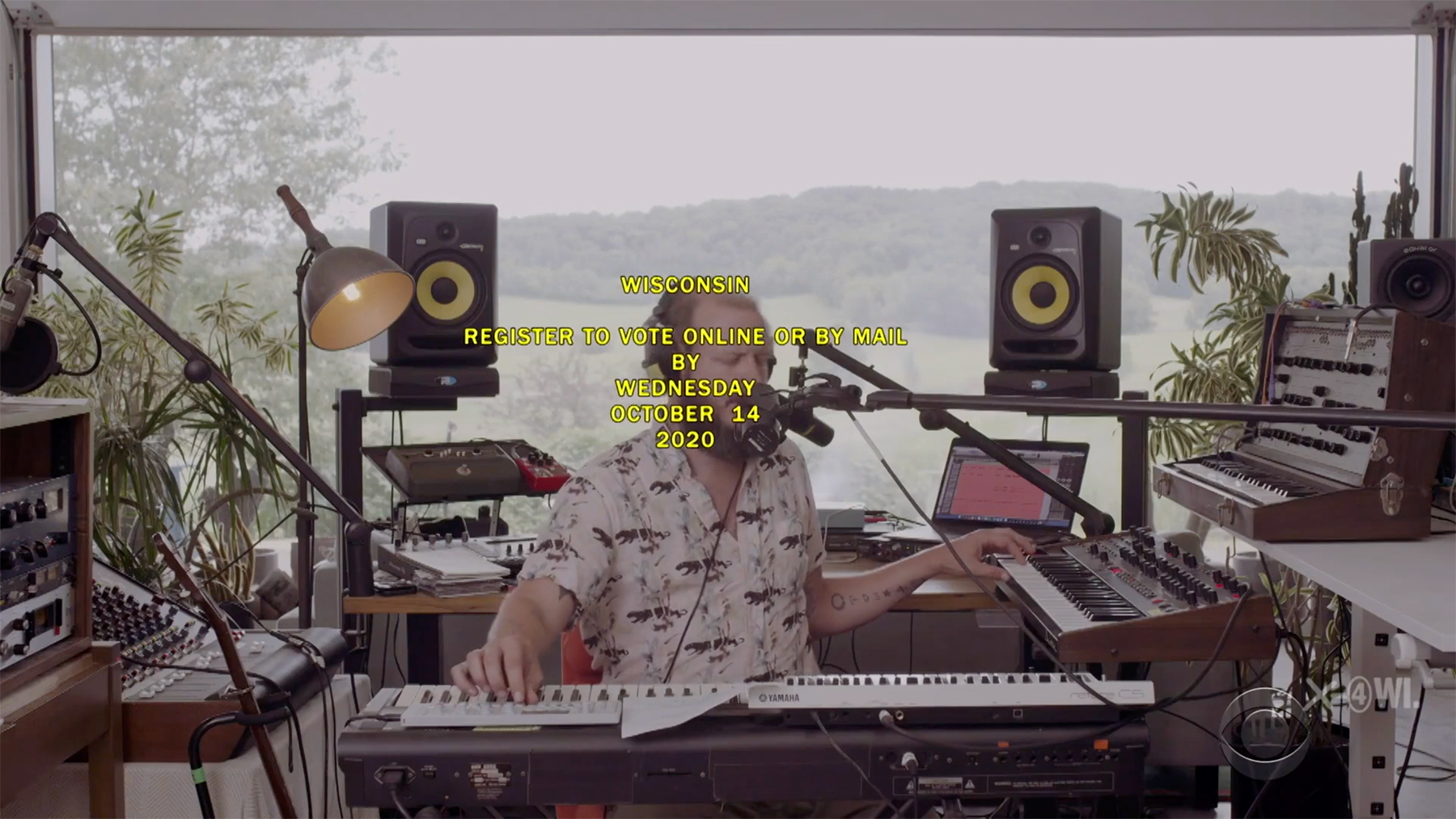 Bon Iver frontman Justin Vernon performed “22 (Over S∞∞N)” as part of The Late Show‘s #PlayAtHome series, showcasing artists performing at their houses during the Covid-19 pandemic.

Vernon put a meditative spin on the opener from his 2016 album 22, A Million, extending its run time to nearly six minutes and adding unique audio samples to its composition. As part of his non-profit voting initiative For Wisconsin, Vernon used the performance to encourage voter registration in his home state by putting a text overlay over his face, stating: “Register to vote online or by mail by Wednesday, October 14, 2020.” Vernon created For Wisconsin as a long-term get-out-the-vote initiative in partnership with his Eaux Claires music festival.

Earlier this month, Bon Iver teamed up with EarthGang to remix two tracks from Brittany Howard’s album Jaime, “Ghost Head” and “Short and Sweet.” The band released the singles “PDLIF” and “AUATC” this year, following their 2019 album i, i, and Vernon contributed to Taylor Swift’s new album Folklore, dueting with the singer on “Exile” and providing electronic production on “Peace.” At the end of March, the band shared a 10th-anniversary reissue of the Blood Bank EP, featuring new live versions of the project’s four songs recorded in 2018.