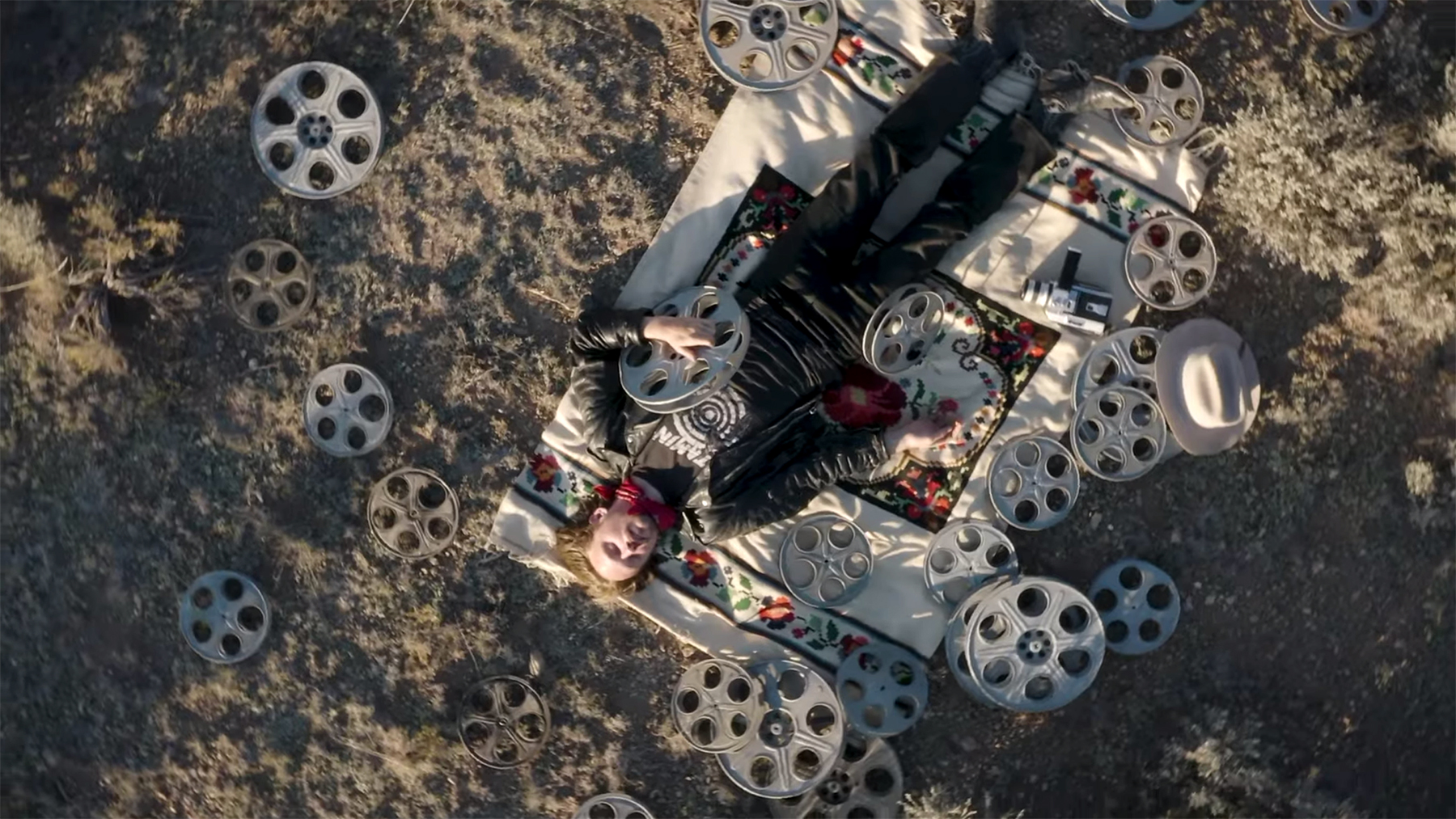 Pixies celebrate creativity in the desert in the visual for their new single “Hear Me Out.”

Directed by Maximilla Lukacs, the video depicts two cowboys creating art and finding beauty in the oft-considered barren landscape of the desert plains. In various scenes, we see them pondering over a typewriter, painting the sky at sunset, photographing the artist Petecia Le Fawnhawk and taking a nap on a Navajo blanket surrounded by film reels. Pixies bassist and vocalist Paz Lenchantin appears in the clip herself, wrapped in that same blanket. Overall, it’s a simple video, but a gorgeous one, and it aptly celebrates the creative process beyond Pixies’ musical expertise.

Pixies recorded “Hear Me Out” during the sessions for their 2019 album, Beneath the Eyrie. The song will be released on a 12-inch vinyl single, out October 16th, with a cover of T. Rex’s “Mambo Sun.” Earlier this year, Pixies released a deluxe verison of the album with nine additional demo tracks from Beneath the Eyrie.

In conjunction with Beneath the Eyrie, Pixies were the subject of a 12-episode podcast series Past Is Prologue, which documented the album’s recording process. In 2018, the band reissued their two debut releases, Come on Pilgrim and Surfer Rosa, for their 30th anniversary.