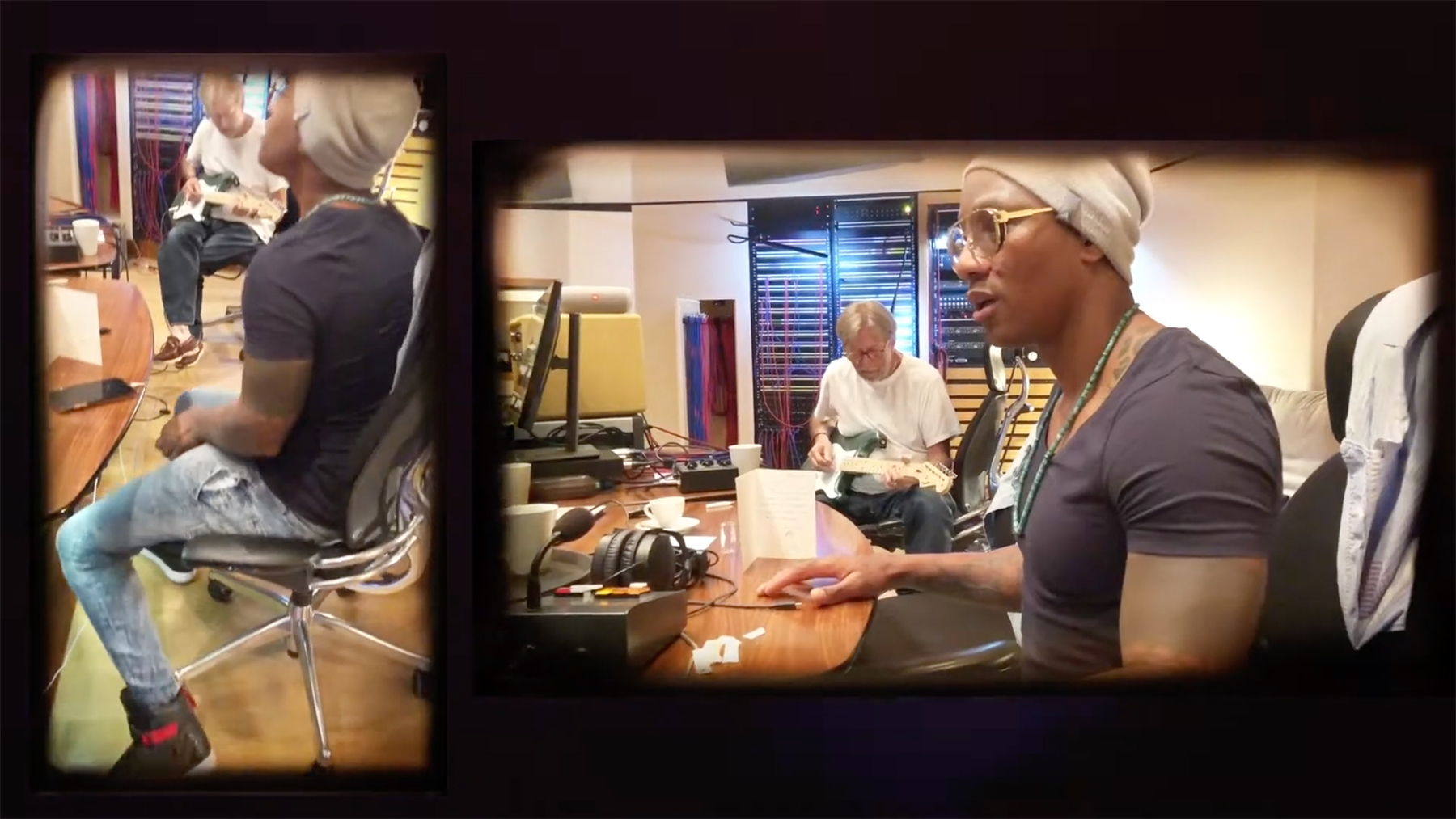 Celebrated Cuban percussionist Pedrito Martinez has released a new lyric video for his cover of Eric Clapton’s 1998 song “My Father’s Eyes,” which features Clapton himself.

Martinez’s version transforms the slick, blues-pop tune into a rollicking, uptempo song packed with plenty of drums, horns, piano and classic Clapton guitar lines. Despite the total sonic overhaul, Martinez never loses the original’s poignancy, sharing vocal duties with Clapton as they sing, “Then the jagged edge appears/To the distant clouds of tears/I’m like a bridge that was washed away/My foundations were made of clay.”

The new lyric video for “My Father’s Eyes” features footage recorded during Martinez and Clapton’s 2019 recording session together, plus two sets at the 2019 Crossroads Guitar Festival where Martinez joined Clapton as his special guest. There are also appearances from long-time Clapton drummer Steve Gadd, plus newly filmed contributions from musicians Sebastian Natal, Yeissonn Villammar and percussionists Jhair Sala and Manuel Marquez.

Martinez’s take on “My Father’s Eyes” will appear on his upcoming album, Acertijos, which is expected to arrive early next year. Clapton contributed to two other songs on the album as well.