New regulations announced for cruising’s return to US waters 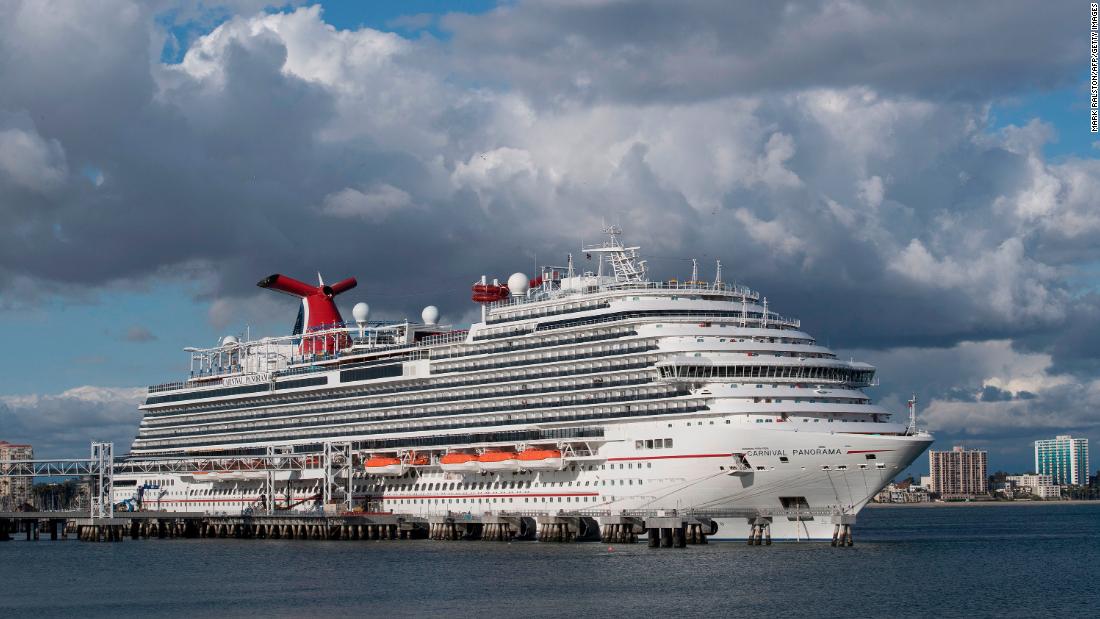 (CNN) — Universal mask wearing, physical distancing, Covid-19 testing and increasing fresh air into ventilation systems could allow cruising in the US to return before the end of 2020.

The Cruise Lines International Association (CLIA), the industry body that represents the world’s major cruise lines, on Monday announced the “mandatory core elements” of a new set of health regulations for the return of cruising in the Americas. CLIA says these protocols will allow for a safe and healthy cruising experience.

The key elements were informed by medical experts and health authorities and decided on by CLIA cruise lines and their teams of health experts.

In a press conference, CLIA representatives said they’d also been inspired by the recent spate of European sailings, spearheaded by MSC Cruises in late August.

Carnival Corporation CEO Arnold Donald said the shutdown of the cruise industry in the wake of Covid-19 was “probably the most difficult period in our industry’s nearly 50 year history” pointing out that no other industry in the world is “shut down through regulatory edict.”

Cruising out of US ports is currently banned through a No Sail Order from the US Centers for Disease Control and Prevention (CDC) until at least October 31.

But Donald added that “perhaps no other industry in the world has worked harder to study the science and create operational protocols to ensure the safety of their guests and employees” and suggested the cruise company was “on a path” to resume guest cruise operations in the US.

Frank Del Rio, CEO of Norwegian, called resuming cruise operations worldwide, and particularly in the US, the “single most important challenge the cruise industry has ever faced.”

Cumulative CDC data from March 1 through July 10, 2020 showed a total of 2,973 Covid-19 or Covid-like illness cases on cruise ships, in addition to 34 deaths. Eighty percent of ships within US jurisdiction were affected during the time frame, according to the data.

Testing will be the starting point for the new cruising normal, with all guests tested prior to embarkation with additional temperature checks throughout the voyage. Meanwhile crew will be tested frequently, before departing their home, prior to embarking on the ship and upon conclusion of a 7-day quarantine.

CLIA called testing a “critical component” of the proposed return to cruising.

Face masks will also be compulsory while onboard and “during excursions whenever physical distancing cannot be maintained.”

CLIA also plans to implement onboard air management strategies that “mitigate risk through increasing fresh air into ventilation systems, and where feasible, using enhanced filters and other technologies to maximize system effectiveness.”

The heating and air conditioning systems on cruise ships have long been pinpointed as an issue when it comes to the spread of infection.

And if a person tests positive while on board a cruise ship, the goal will be to disembark them as soon as possible. CLIA says prearranged logistics with port partners and destinations will allow Covid-19 cases to be disembarked safely.

Carnival’s Donald said there could be modifications to some cabins, to create additional isolation rooms, but there would be “no fundamental reconstruction of the ships or anything.”

As for shore excursions, they will follow strict protocols — and anyone who fails to abide by regulations will be denied reboarding.

During MSC Cruises’ European return to cruising in August, one family broke the rules during a port stop and was subsequently prevented from reboarding.

“The health and safety protocols are put in place for the benefit of every single person,” MSC Cruises representative Luca Biondolillo told CNN at the time.

“There can be no breaking of the rules. These people risked jeopardizing everybody else’s holidays and health.”

CLIA’s new rules will be mandatory for every ship — and each cruise company’s CEO will need to verify in writing that they’ve adopted the new regulations before beginning sailing again.

US return to cruising still under review

In the press conference, Royal Caribbean CEO Richard Fain underlined that cruise companies are working together, stressing the industry will return through “collaboration, not through competition.”

Norwegian’s Del Rio emphasized the importance of a “phased approach” to returning to the waters, saying it may begin with an employee-only voyage or “only a day or two at sea.”

CLIA plans to submit the new rules to the CDC on Monday.

There are presently over 10,000 public comments on the request for information, which also includes 28 prompts from the CDC on how the industry can operate safely in the wake of Covid-19, including questions on protecting port communities from Covid-19 and offering mental health services for quarantined crew.

As for when US cruising could realistically resume, CLIA suggests the end of 2020 has not been ruled out.

“It’s possible that, with review, we could be on track to meet the industry extension date of October 31,” said CLIA president and CEO Kelly Craighead in the press conference.

Brian Salerno, the senior vice president of maritime policy at CLIA, said that the CDC’s Request for Information represented a “ray of hope” and that the RFI suggests the CDC is “thinking about putting together some set of requirements that would enable that to happen.”

“We don’t have a specific time frame from CDC, when that will be allowed. Obviously, we’d like to be able to salvage something of the 2020 season,” said Salerno.