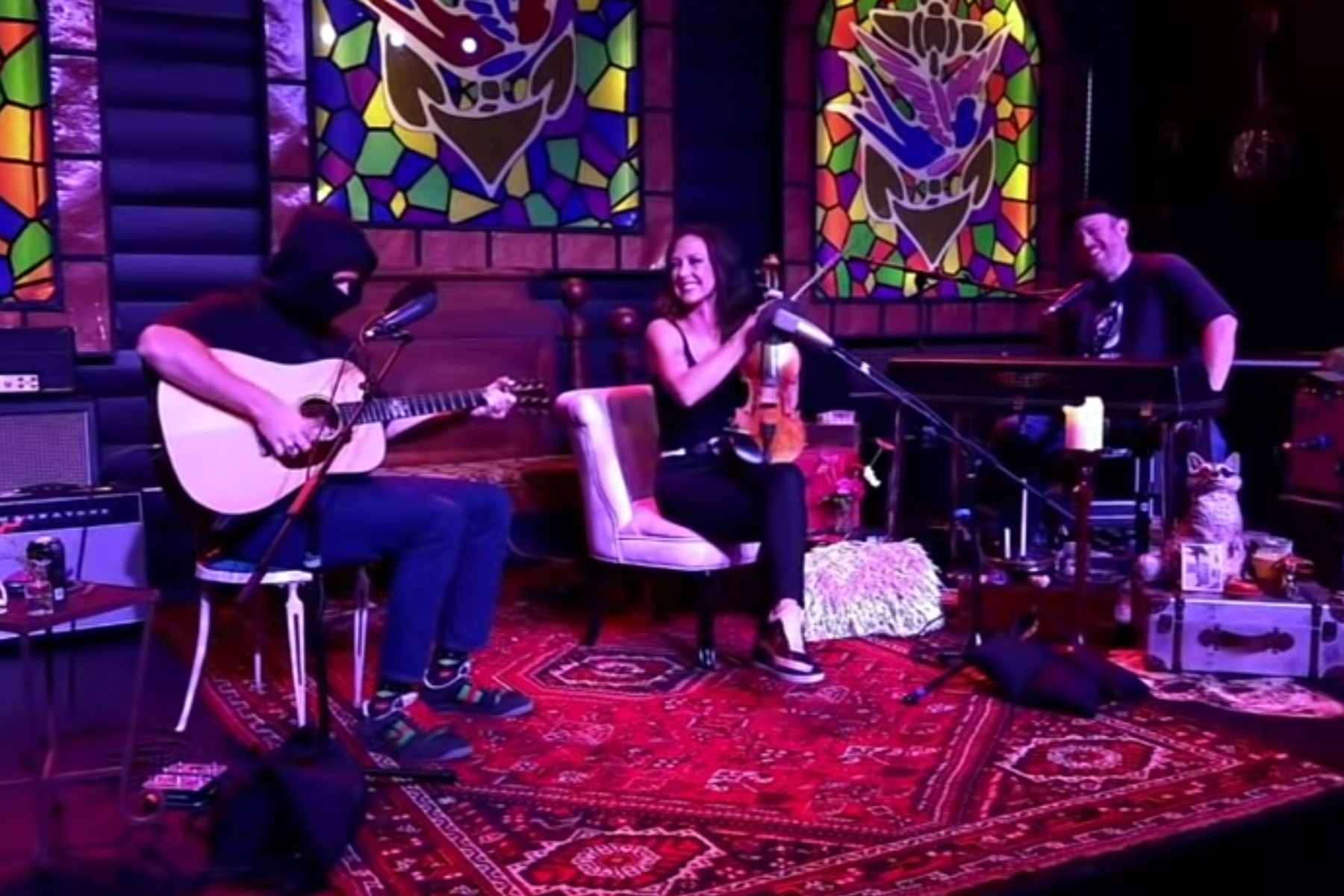 Jason Isbell covered Van Morrison’s “Into the Mystic” in the latest segment of Amanda Shires’ I So Lounging livestream series, but not before addressing the recent controversy surrounding the musician.

“There was a time in the past when our dear Van Morrison had such beautiful music, such beautiful songs, that everyone paid attention to him,” Isbell said. “Now that that time has passed, I fear that our dear Van Morrison is still desirous of the attention that he once received. So now he likes to say things like, ‘The government asking you to not give everyone the Covid-19 virus is akin to slavery.’ I disagree with that statement very much.”

“I’m gonna do this song in remembrance of when Van was merely not nice and wasn’t public about his denial of science,” he added, before putting on a ski mask. “I don’t know that this’ll protect me from the virus, but I’d like for it to protect me from Van.”

The cover arrives days after Morrison announced his upcoming protest songs in response to the worldwide lockdown to prevent the spread of Covid-19. “I’m not telling people what to do or think, the government is doing a great job of that already,” he said in a statement. “It’s about freedom of choice, I believe people should have the right to think for themselves.”

Northern Ireland’s health minister Robin Swann responded to Morrison, writing in a Rolling Stone op-ed that his statements are “dangerous.” “It’s actually a smear on all those involved in the public health response to a virus that has taken lives on a massive scale,” he said. “His words will give great comfort to the conspiracy theorists  — the tinfoil hat brigade who crusade against masks and vaccines and think this is all a huge global plot to remove freedoms.”

“Into the Mystic” is just one of the many covers Shires has performed on her livestream seriesl most recently she tackled Aerosmith’s “Cryin‘” with guitarist Brad Whitford.